Days Gone: how to save

Days Gone, Sony Bend's action adventure is back in vogue in recent times, in this short guide we explain how to save

Days Gone, the action title from Sony's first party studio SIE Bend Studio has recently made a comeback after its release dating back to 2019. As you may already know, a computer version will be released over the next few months as part of the Sony which intends to bring some of the exclusives of the Japanese giant to PC. In addition, numerous rumors have recently bounced on the net that claim that the entertainment and technology giant has rejected the hypothesis of a sequel to the adventure of the biker Deacon "Deek" St. John, the former military protagonist of the game.

Days Gone recently joined the selection of games included for free in the subscription of the PlayStation Plus and for this further reason many players have decided in these days to give Sony Bend's action-adventure survival sauce a chance. In this guide we will tell you about how to save in Days Gone and, therefore, if you are a beginner with the game, we strongly advise you to continue with the next lines. Before moving on to illustrate in detail the two saving methods available, let's see together some information on the exclusive Sony in question.

Story of an apocalypse

It is said that Days Gone was included in the selection of free games of the plus for the month of April (here you can also find the others). At the time of the game's release, Sony had invested heavily in the development of the game and in the studio that took care of developing it. The curriculum of SIE Bend Studio, moreover, he spoke loud and clear with quite well-known productions including several chapters of the saga Uncharted for PlayStation Vita and a shooter chapter Resistance.


In short, the conditions for giving a videogame pearl to the community always greedy for new exclusives were there. However, at the time of its release, the title was greeted with little and lots of applause lukewarm reactions. That of Sony Bend, ultimately it was certainly not a water hole: the title boasted a 'solid weave and rather successful game mechanics with lots of bright graphics and memorable soundtrack.

On the other side of the scale, in all their weight, however, there was a lack of optimization and a revisable artificial intelligence. Net of this, the production is undoubtedly recommended to all PlayStation owners looking for a new and engaging videogame adventure.

To offer you a taste of the latter, we will limit ourselves to providing some summary mention of the narrative system that sees the aforementioned biker as the protagonist. Deacon “Deek” St. John, an ex-military bounty hunter who takes his steps on a land devastated by the apocalypse. The latter has hit humanity by reducing civilians to zombies without self-determination. Deacon and his friend Boozer must try to survive in this gloomy universe in search of the wife of the first now given for missing. Now that we know what it is Days Gone let's proceed to see how to save. 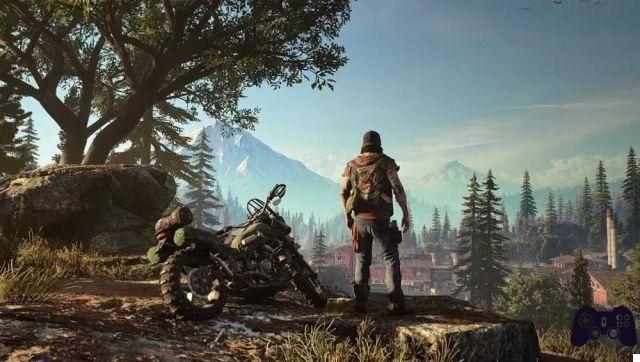 Quick save - Days Gone: how to save

Il quick save it can be done very simply. Just hold the button down triangle when you are near the bike. As is the norm in many other similar titles, you cannot be in combat or on a mission to perform this step.

As soon as the quick save is available you will see an icon in the lower left corner of the screen. Press and hold the triangle button and your progress will be saved. A quick save will be listed as "Automatic saving”When trying to load the game via the menu. After performing such a save, you will notice an icon in the shape of hoops in the lower right corner of the screen to notify you that the operation was successful. 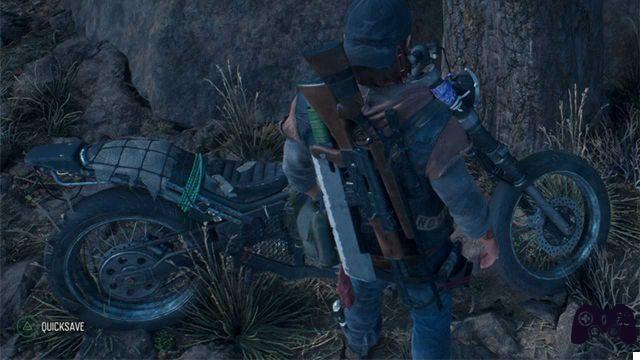 Manual save - Days Gone: how to save

Un manual saving it's a little different than a quick save, the option we showed you above. To manually save you will need to access the game menu and manually select the save option. Enter the menu by pressing the button Options on the Dualshock controller and select the option Save. If you are at a point and time when saving is available, the option entry will be shown in white, otherwise the option will be “transparent”. A manual save will be listed without the “Auto save” item in the recent saves list. 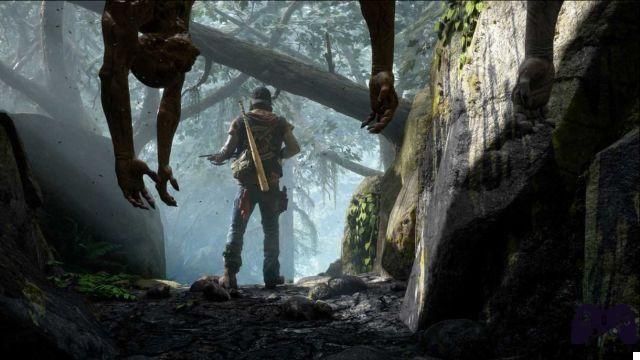 Here's everything there was to know about how to save in Days Gone. We hope this short guide has been helpful to you. And you? What do you think of the game we talked about in this guide? Are you playing it for the first time these days? Let us know in the comments section below. If you need more help with the Sony Bend title here you will find the guide on how to repair the bike and here the one on trophies. Stay tuned to Holygamerz for all the news and curiosities from the world of gaming and beyond. Lastly, for the video game download codes at discounted prices we invite you to take a look at the Instant-Gaming.com store.

Days Gone: how to unlock the secret ending ❯

FIFA 21: how to defend correctly

Super Mario 64: where to find all the stars of Isola Granpiccola

Add a comment from Days Gone: how to save