Cyberpunk 2077: what to know before starting to play 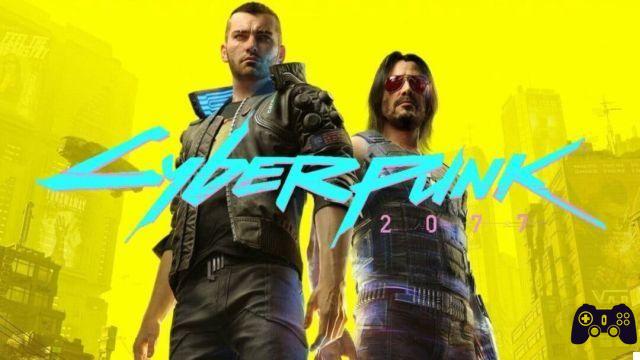 After years of waiting, the time is finally coming. Cyberpunk 2077 is now close to launch, here's what you need to know before you start playing

One of the most anticipated games of the year, but probably also of the whole generation, is about to be launched on the market. Cyberpunk 2077 brings with it the arduous task of respecting the enormous, almost uncontrolled hype that has been created around the project. After so many postponements and controversies, we are finally here, but over the years there are a lot of information released by CD PROJEKT RED on the game. Let's try to tidy up the news chaos and find out everything you need to know before you start playing Cyberpunk 2077.

Beginning of the plot

Year 2077, Night City is the last metropolis dominated by megacorporations. Poverty is rampant and violence is on the agenda, in what has been called the worst place to live throughout the United States. The protagonist, V, he is a mercenary who wants to climb the heights of society, and is ready to do anything to succeed. During an assignment, however, things go wrong and the only way to complete it is to implanting the chip of immortality in his head.

The chip, however, contains the personality of the legendary rocker Johnny Silverhand (played by Keanu Reeves). The latter will be V's travel companion, on a path that will be beaten by the player's choices during the game. The lore of the world of Cyberpunk 2077 is huge: the world created by Mike Pondsmith for his paper role-playing game is immense. His collaboration in the development was of fundamental importance to respect the original material and expand it while remaining true to his spirit.


Paths of life - Cyberpunk 2077: what to know before starting to play

The plot is by no means linear and will take different alternative routes depending on the player's actions. The branching of the weave is evident from the earliest stages. In fact, you should know that in Cyberpunk 2077 before starting to play you will be asked to choose between three different life paths. These are real differentiated prologues, which have the purpose of shaping the background of the character played by the player.

Among the choices we have the Nomad, the Street Boy and the Corporate. In the first case you will start in Badlands, the lands bordering Night City, and V has no knowledge of the city. In short, the classic newcomer who has to make his way into the metropolis. In the second case V is a drifter of the gods slums of Night City, grown up (or should we say survivor) among gangs and drug dealers that abound in the city. In the third and last case V is a former corporate agent fallen from grace and ready to rise to the top after hitting rock bottom. The choice is entirely up to you, playing in one of these roles will ensure you unique dialogues and alternative paths depending on the knowledge of the protagonist.

Lots of RPG… - Cyberpunk 2077: what to know before starting to play

Cyberpunk 2077's popularity has reached even gamers less accustomed to role-playing games and they may be dumbfounded about the game formula. Mind you, this is not a futuristic Grand Theft Auto in the most absolute way. Cyberpunk 2077 is a first-person RPG, and as such, it poses in a completely different way from the Rockstar Games saga. To begin with, we talk a lot: the dialogues will be many and one of the main focuses of the game will be precisely on the latter and on the possibilities of choice. Suffice it to say that the lines recited by Keanu Reeves in Cyberpunk 2077 surpass all the lines recited by the actor during his career put together.


There are tons of skills and stats that can overwhelm the user not used to the genre. However, if you are endowed with patience we can assure you that, with a little attention, a system of this type can give great satisfaction. Finally, the map will be very large (in particular in its verticality), but also very dense with activities and secondary missions. Take all the time you need to immerse yourself in one of the most fascinating settings of recent years, The choice is yours to continue in the story or to explore all that the game has to offer.


… But also a lot of action - Cyberpunk 2077: what to know before starting to play

However, there will also be plenty of action to satisfy those looking for something adrenaline-pumping. The weapons are many and of different types: they range seamlessly from more classic weapons to smart weapons. Engineering products so complex that they are capable of firing homing bullets or bullets capable of bouncing off walls to hit enemies in cover.

The variety of vehicles also appears to be impressive. Economical cars give way to flashy luxury cars, exclusive of the richest exponents of Night City. Not to mention practically indestructible armored vehicles. Depending on the player's choices it will also be possible to acquire one enormous physical strength, to become a real war machine. The approach is absolutely free, the developers have in fact confirmed that it will also be possible to finish the game without killing anyone.

Everything at your fingertips - Cyberpunk 2077: what to know before starting to play

Finally, we conclude with some information relating to the release choices of the software house. CD PROJEKT RED has decided to trust our market by offering the game with a spanish dubbing, that from the trailers gives us hope in terms of quality. All combined with a new technology that allows you to also have the lip sync in our language, a truly unique case for our territory.

The game will be available on December 10, 2020 on many platforms: PC, PS4, PS5, Xbox One, Xbox Series X / S and Google Stadia. In recent weeks, the trailers have shown portions of gameplay on both Sony and Microsoft home consoles. The only ones excluded so far are the base PS4, Xbox One S and Google Stadia, of which we will probably have news at the release. The game is graphically stunning, but one that has to compromise on weaker consoles. So, if you are a fan of graphics performance, we recommend playing on next-generation consoles or on PC. In any case, the purchase of the PS4 and Xbox version also guarantees the right to the free update for the next-gen, which will arrive in the course of 2021.

This was all you needed to know before playing Cyberpunk 2077. The project is mammoth and there are few examples to compare CD PROJEKT RED's work against. We have tried to summarize all essential information, in order to guide you in the purchase or in the approach to the game. Please let us know if this guide was helpful to you and if you are interested in buying Cyberpunk 2077. We just have to invite you to follow us on the pages of Holygamerz to stay up to date on all the news from the world of video games and more!

Cyberpunk 2077: where to find the best weapons ❯

Borderlands 3: how to reset your skills during the adventure

Life is Strange: True Colors, what you need to know before playing

Add a comment from Cyberpunk 2077: what to know before starting to play