Alan Wake Remastered: what to know before starting to play

After years of requests, Remedy has finally decided to make the Alan Wake Remastered, here's what to know about the title before its official arrival

For years now, fans have been asking Remedy for the return of Alan Wake, a title dating back to 2010 that was able to conquer the audience of gamers thanks to its horror atmosphere and a well-written story. We had seen the writer protagonist of this story again in an appearance of the second Control DLC, a title that immediately became very popular and that seems to want to link all the Remedy titles in a single narrative universe. Finally, however, the developers have decided to please the fans by announcing the arrival, on October 5, of the Alan Wake Remastered, and to better prepare you and know the importance of this title, we have listed some things to know about this historic video game.

The story and the characters

The first thing to know about the game is history obviously, which is why Alan Wake, at the time of the original release, had conquered the public. The title has as its protagonist a writer of thriller novels, precisely Alan Wake, who is going through a period in which he finds himself having the writer's block. He therefore decides to go with his wife Alice to spend a relaxing holiday in the mountains of Bright Falls. The wife insists that he see a psychologist to overcome his block, and from this fact an argument will arise between the couple and Alan will leave enraged.

Shortly after, however, Alice is suddenly kidnapped by one mysterious shadow that drags her into the lake. Alan will then begin to investigate the mysteries of Bright Falls where he will meet different characters such as the Sheriff of the city Sarah Breaker, the piscologist Emil Hartman, their real estate agent Eric Barry with his wife and many others, who will guide him to better understand what he is. happening in the seemingly quiet mountain town. The game is then split into episodes just as if it were a TV series which slowly leads players to discover every detail of the story.


Gameplay - Alan Wake Remastered: what to know about the title

The gameplay of Alan Wake Remastered will revolve around the search for some mysterious figures who seem to be cloaked in shadow called Dark Entities. These monsters cannot be destroyed by conventional methods, and the only way to make them vulnerable is to hit them with a beam of light, like that of the torch that Alan always has with him or other sources found around the map. Alan can also dodge enemies in close combat in a slow motion mode.

The original title needed approx about ten hours to complete the main campaign, but the number could easily double if you wanted to find every collectible and item available within the game. An important thing to know about Alan Wake Remastered is that the two DLCs released at the time, which added two extra chapters to the story, deepening some aspects and bringing the hour count of this new version to at least 15-16 to complete everything without counting the unlocking of all achievements. Unfortunately, the spin-off Alan Wake American Nightmare will not be present in the Remastered. 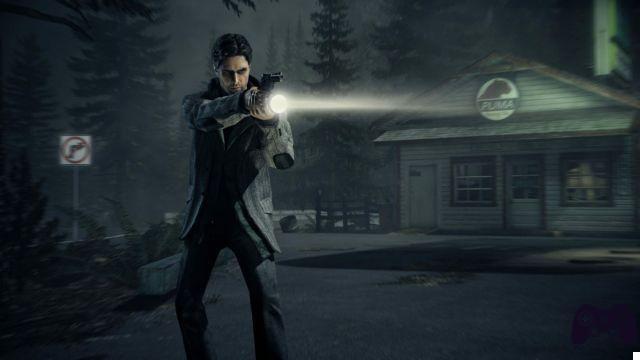 The news of the Remastered - Alan Wake Remastered: what to know about the title

Among the things you need to know about Alan Wake Remastered, surely one thing is what they will be the news compared to the original game. We already know that the title will have improved graphics, although, being simply a remastered, it will not enjoy advanced graphics options such as HDR or Ray Tracing. THE minimum PC requirements they will be very affordable, in fact an I5 3440 processor and a GTX 960 video card with 8 GB of Ram will be enough to make it run smoothly. 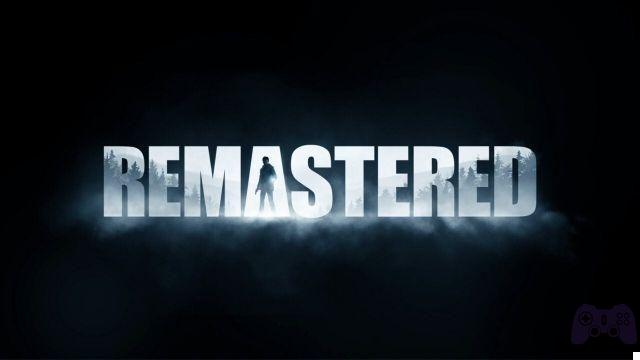 The release and the future of the saga

Having reached the conclusion of this article on what to know about Alan Wake Remastered, only some information about the launch remains to be listed. The title will come next 5 October su PS5, PS4, Xbox One e Xbox Series S/X e su PC in exclusive to the Epic Game Store. The title will support cross-save, so you can import saves between two consoles, for example from PS4 to PS5 and from Xbox One to Xbox Series X and the title will have the free upgrade for next generation consoles.

According to several rumors the arrival of this remastered by Alan Wake would suggest the arrival of a sequel of the series expected for many years now. Remedy is certainly working on new projects after the success of Control, and after the last DLC of this title, which was dedicated to the writer, it seems clear that sooner or later we will see Alan again somewhere. The biggest curiosity is to see then how Remedy will expand the world that both Control and Alan Wake are a part of and whether the protagonists of both titles will ever find themselves collaborating in the same game.

We can't wait to learn more about the future of Alan Wake and the other Remedy games, in the meantime we invite you to stay updated on all the most important news of the videogame world on the pages of Holygamerz. If you prefer to buy game keys at discounted prices, you can go through Instant Gaming.

add a comment of Alan Wake Remastered: what to know before starting to play