The Witcher 3: our tips for getting started

Thanks to the launch of the Nintendo Switch version and the success of the Netflix TV series dedicated to the Strigo, more than four years after its debut The Witcher 3: Wild Hunt he is experiencing a second youth. After all, the title of CD Projekt RED is undoubtedly one of the most important RPGs of the last decade and still today it is a must have to be recommended without too many hesitations.

For this reason we have compiled a list of useful tips for all players about to take on the role of Geralt of Rivia for the first time.

The Witcher 3: Wild Hunt offers a huge game world, full of small and large settlements and a myriad of points of interest. Even if the impulse to continue in the main story could be strong, not exploring the various regions far and wide will preclude an important slice of the videogame offer of CD Projekt's work. Between secondary missions accompanied by always interesting stories, treasure hunts, profitable and dangerous contracts by Witcher and in general the myriad of opportunities offered by the game world, you will certainly never get bored. And if we still haven't convinced you, know that wandering aimlessly in the end is also the best way to collect money, materials and equipment useful for the most demanding encounters.

Unlike many other games, killing enemies in The Witcher 3 will only grant a small handful of experience points. If you plan to level up quickly in the early stages of the adventure by killing packs of wild wolves, you are wrong. The best way to accumulate experience rather is to complete the secondary tasks, therefore, by reconnecting to the previous point, explore the length and breadth of the map, roll up your sleeves and offer your Witcher skills to those in need.

The world of The Witcher 3 is full of pitfalls and hostile opponents. Getting into the fray without the right equipment and without knowing the basics of the combat system is undoubtedly the quickest way to a bad end. During your adventures you will meet numerous blacksmiths and gunsmiths: use their services to obtain better equipment and, more importantly, repair objects. There is nothing worse than finding yourself with a silver sword in bad shape to face a Leshen or who knows what other abomination. As for the fighting, don't be put off if the first few duels give you a hard time: the basics of The Witcher 3's combat system rely heavily on timing to effectively execute counterattacks, dodges and somersaults. Take some time to learn the basics, especially during the prologue to Bianco Orutteto where the average level of the opponents is not that high.

The importance of the signs

Gear up and slashing with the right timing is within the reach of any well-trained warrior, but Geralt is a Witcher and as such can take advantage of basic magic called Signs. Their use is essential to always keep the battlefield under control and have the upper hand even in the most difficult situations. Quen, for example, offers temporary protection against attacks, while Igni toasts any unfortunate in front of you. The Signs can also be enhanced with equipment and by investing skill points, obtaining, among other things, various additional effects. An example is Axii that with the right power-up forces an opponent to attack their teammates.

In addition to spells, the body of a Witcher can assimilate unique potions that offer the most diverse effects. Thunder, for example, significantly enhances the Witcher's swings, while Gatto allows you to see in the dark. Then there are the decoctions, potions even more powerful and with lasting effects, but to be used with reasoning since they dramatically increase the Witcher's level of toxicity. Furthermore, thanks to his alchemical knowledge Geralt can create ointments to apply on swords to inflict greater damage on enemies and lethal bombs. In short, underestimating the importance of alchemy means greatly limiting the potential of a Witcher.

As you level up, you can unlock and upgrade several of Geralt's abilities. Each of them can belong to a specific specialization, such as those that improve the effectiveness of slashes or Signs. Unfortunately, the number of skills that you can unlock and assign simultaneously is limited, so it is good to decide from the early stages of the adventure how to develop the Strigo. With a careful choice and some sacrifices you can in fact obtain a very skilled warrior with the sword or an exceptional wizard, an expert in the use of bombs and ointments or an infallible and lethal sniper with a crossbow. In any case, don't be afraid to make a mistake: in case your build does not convince you or you want to recover the skill points spent on a skill that you no longer need, just use a Potion of Liberation (on sale at various merchants), thanks to which you can redistribute the skill points from scratch.

Making efficient use of your hard-earned savings, especially in the early stages, is not easy. Despite being a veteran Witcher, Geralt initially has some pretty basic equipment at his disposal and very few recipes for making bombs, ointments and potions. What we recommend is to avoid spending crowns on ready-made weapons and armor, but rather to invest heavily right away in the purchase of crafting schemes for equipment, a decision that we assure you will pay off in the long run. period. Instead, we advise you not to sell disused weapons and armor: it is often better to invest a few crowns to disassemble them and obtain useful materials with which to make new objects. Another expense that should not be underestimated is the purchase of alchemical recipes and materials from the vendors. Learning numerous formulas, especially ointments and potions, will give you an edge from the early stages of the adventure.

Choose well who to sell your items to

To rack up a few crowns or to free up inventory space, sooner or later you will find yourself selling your surplus items. Keep in mind that each type of merchant values ​​the goods differently, so choose well who to sell your junk to. Blacksmiths and gunsmiths will offer more crowns for weapons and armor than a tavern host, who will instead hand out a few extra crowns for odds and ends such as candlesticks, dolls and plates. Finally, herbalists are the best choice for selling alchemical materials and excess plants.

Steal at will if you are not afraid of guilt

Speaking of junk to smuggle out to merchants, feel free to steal from any house or building you explore. In fact, the NPCs will not blink if Geralt steals some dish under their nose, so take whatever you want, there will be no consequence ... if not some sense of guilt. However, do not do it in military camps or in front of the city guards: in that case it will be painful! In general, "borrowing" items allows you to accumulate a few extra crowns, and sometimes even obtain useful materials and recipes.

Good preparation is the key to success

Bandits, wolves, bears but also Ghouls, Wraiths and Trolls: the world of The Witcher is extremely dangerous and the most challenging encounters require good preparation. In fact, each enemy has its own strengths and weaknesses. Knowing them right away and adapting accordingly also makes the clash with the toughest and most frightening abomination a walk in the park. For this reason we advise you to familiarize yourself with the Strigo's most powerful ace in the hole: the Glossary. Inside you'll find curated descriptions of each hostile creature, as well as pointers to the bombs, ointments, and markings most effective against them. For example, by consulting the page dedicated to the Wraith you will find that they are particularly susceptible to the Moon Dust bomb, anti-ghost ointment and the Yrden sign. In short, good preparation often makes the difference between a triumphant victory and a scorching game over screen.

Always remaining on the subject of preparation, always meditate before a particularly challenging battle. This will restore the use of bombs, potions and decoctions (as long as you have Alcohest in your inventory), reset the Toxicity level and even recover your health if you are playing on the difficulty level "A simple story!" or "Sword in hand!".

In the world of The Witcher 3, pitfalls lurk around every corner. Luckily for you, you can save the game virtually anytime, anywhere - do it often, you never know when you might end up horribly. The game also allows you to keep multiple saves, a very useful function in case you regret a choice made hours and hours before. Save even before talking to the key characters in the story or side missions: it's a bit like cheating, but if the discussion takes a bad turn you can always load the save and behave differently.

Gwent may seem like a simple card game to some, but in reality it is a dangerous drug, a black hole that is difficult to get out of and that will drain your money and your time ... but it is also damn fun. After all, between a dangerous Witcher contract and another, there is nothing wrong with catching your breath with a game of cards. In addition to the Gwent are linked to some secondary missions of The Witcher 3, as well as some Trophies / Achievements. Unfortunately, the deck you will receive at Bianco Orutteto leaves much to be desired. To get new cards, just buy them from the markets and win them against all the NPCs in possession of a deck: one more reason to explore far and wide the immense game world created by CD Projekt! 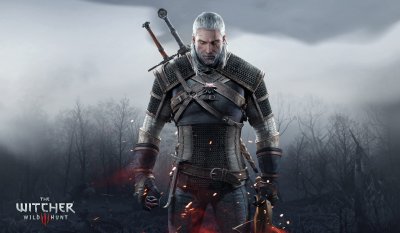 Do you want to be a video game expert and know all the tricks, guides and reviews for your video games ? Holygamerz.com is a group of video game fanatics who want to inform you about the best tricks, guides and tips. We offer you the best information to be a reference in gaming, so here you can find guides, tricks, secrets and tips so you can enjoy your games to the fullest. Are you ready to get all the achievements of that game that you resist so much? Enter now and enjoy your favorite video game to the fullest!
Theatrhythm Final Fantasy - Cheats ❯

The Complete Walkthrough of Genji: Dawn of the Samurai

Final Fantasy XV, guide to the secret dungeon of Pitioss

Land of the Dead: Road to Fiddler's Green - Tricks

Destiny 2: items on sale by Xur from November 15th

Add a comment from The Witcher 3: our tips for getting started