Tales of Arise: guide on how to use Alphen

Tales of Arise has just come out and is already the game of the moment. Bandai Namco's new JRPG is the new chapter of the long-running Tales of series that hasn't seen a new title for some time now. Tales of Arise has been able to conquer the public and critics with a renewed technical sector and a cutting-edge combat system, fast and full of spectacular combos. Just the combat system it is one of the elements on which to dwell for a moment. In this guide we want to give you some tips on how to use Alphen, the protagonist of Tales of Arise. Although players can change the character used, among the six present, at any time, Alphen is one of the strongest and most interesting, as well as one of the most classic since he is the typical swordsman devoted to attack. So let's find out some tricks to use it to the fullest.

- basic attacks Alphen's are simple, but effective slashes that will serve to prolong the combos and to bind some Arts together. The Arts are the special attacks of the characters and you can set three limbs on the ground and three in the air. Not all arts are perfectly linked together, so it will be necessary to experiment in combat to understand which are the best to use in a combo. In this regard, basic attacks are essential to create increasingly spectacular and harmful combos.

How to best use Alphen's basic attacks in Tales of Arise? Simple, basic attacks can be extended by enhancing the appropriate skill in the menu, so as to add new shots to the sequence. The Arts, on the other hand, are essential especially to succeed in create combo areas. Some of these special attacks are in fact able to launch minor enemies into the air or consequently Alphen will follow them to continue the attacks in flight. The secret of a perfect combo is therefore to start on the ground with some basic attack followed by as many Arts as you can chain, ending with an art that makes the enemy bounce in the air and then follow him with basic attacks and Air Arts. Some enemies, such as bosses for example, cannot be thrown into the air, but Alphen will still jump and can continue the combo anyway. 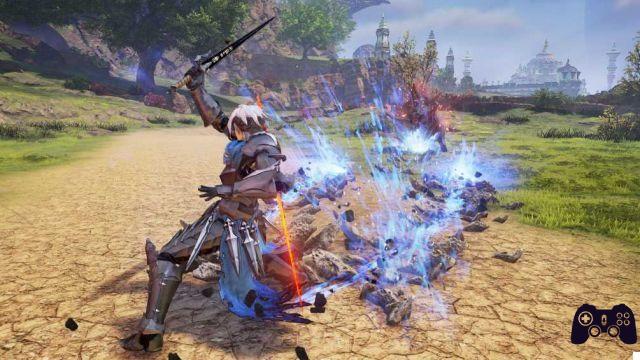 The Flaming Sword - Tales of Arise how to use Alphen

Alphen is equipped with a special weapon called Flaming Sword, a fiery weapon that will unlock after moving forward in the story. This weapon, in addition to its importance in the plot, is also fundamental in combat. Alphen can in fact use this sword covered with flames for attacks such as the Boost Attack which we will talk about later and other fiery blows among the most powerful of all Tales of Arise. Despite the power of the weapon there is a rather high cost to use it.

Each attack in which we use the Flaming Sword will steal Alphen's life points, making him much more vulnerable to possible KOs. Usually, the attacks of the Flaming Sword are used after a specific Art as a follow-up to that attack. These can be used until Alphen is left with 1 life point, after which it will no longer be possible to use them until some health is recovered. The trick is therefore to do not overdo it and to use these powerful attacks when you are sure you have a good amount of Healing Points and especially against particularly difficult enemies. 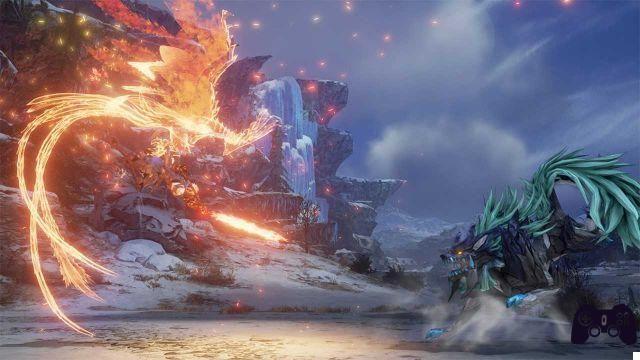 Defense and Boost Attack - Tales of Arise how to use Alphen

One of the first things to learn to master in Tales of Arise, is know how to dodge, and this applies not only to Alphen, but to all characters. A perfect defense made just before being hit not only allows you to avoid opponent damage, but also allows you to fight back. Alphen in particular has a greater counterattack window than other characters and with him it is essential to dodge as much as possible so as to suffer little damage and use the Flaming Sword more.

Alphen also has a Boost Attack activating his directional command which allows him to upgrade his attacks at the cost of some health. Despite the loss of life points, this attack is one of the most useful in the game as it allows you to inflict Break status on enemies, necessary to make them more vulnerable to attacks in general, so as to cause massive damage by making the most of the rest of the party while the enemy is defenseless. 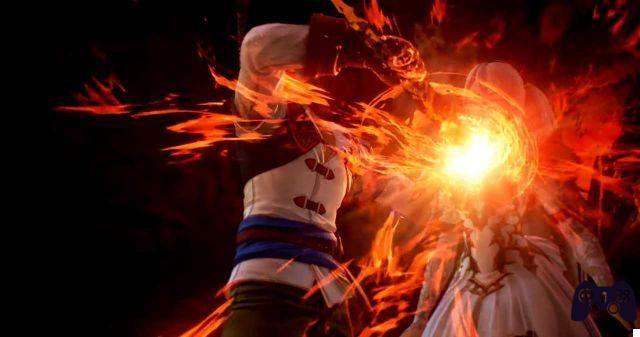 Our advice on come usare Alphen in Tales of Arise. The protagonist of the game is equipped with some unique and very powerful attacks, which when used in the right way can wipe out even the toughest enemies. His Flaming Sword is a very useful resource, which however you must learn to manage well, since exaggerating in using it could do more damage than anything else, but exploiting it in time of need, especially with the Boost Attack, will prove to be the ace in the hole. of the character. If in addition to Alphen you want to learn how to use Shionne too, you can follow the simple guide to its use, also the list of trophies of Tales of Arise is already present.

Have your say on Tales of Arise and don't forget to stay on Holygamerz to read other reviews and get all the most important news on the gaming sphere and beyond. For your gamer needs, you can instead find the best discounts in digital format on Instant Gaming.

Do you want to be a video game expert and know all the tricks, guides and reviews for your video games ? Holygamerz.com is a group of video game fanatics who want to inform you about the best tricks, guides and tips. We offer you the best information to be a reference in gaming, so here you can find guides, tricks, secrets and tips so you can enjoy your games to the fullest. Are you ready to get all the achievements of that game that you resist so much? Enter now and enjoy your favorite video game to the fullest!
Tales of Arise: difficulty level guide ❯

Microsoft Flight Simulator: how to install mods and other free content

Destiny 2: items on sale by Xur from May 31th

Add a comment from Tales of Arise: guide on how to use Alphen