In this short guide we will go to see together the complete trophy list of Tails of Iron, the RPG adventure with soulslike elements from Odd Bug Studio recently arrived on all platforms

In recent years, independent video game productions have experienced a surge in both quantity and (unfortunately not always) quality. Many small developers have thrown themselves into industry and development, driven by a 'innate will to innovate and create and from an easier way into the market through online stores such as Steam. One of the prevailing genres in the indie industry, in addition to horror of course, is certainly the one permeated by souls. Creating a good soulslike is definitely not easy, that's for sure, but creating a fun one with simple and effective mechanics is also within the reach of conceptually smaller studies. Just think of Salt and Sanctuary, Hollow Knight or Blasphemous to get an idea. Tails of Iron, a title by Odd Bug Studio developed for PS4, PS5, Xbox One, Xbox Series X | S, PC e Nintendo Switch. Waiting to know, through our review that will arrive shortly, if Tails of Iron falls within the group of soulslikes mentioned above, we want to contact you, trophy hunters!

The complete trophy list of Tails of Iron consists of 27 total statuettes, of which 10 bronze, 10 silver, 6 gold and the inevitable platinum trophy. As always, in the case of these types of guides, we remind you that although the descriptions of the trophies are exclusively the official ones given by the developers, these may still contain spoiler of weft. For this reason we do not recommend continuing with the reading to all those who do not want to receive any kind of preview on Tails of Iron. That said, let's get started!

Let's start, of course, with the bronze trophies:

Let's continue with the silver trophies of Tails of Iron:

Below you will find the six gold trophies:


Finally, let's find out the title of the Tails of Iron platinum trophy: 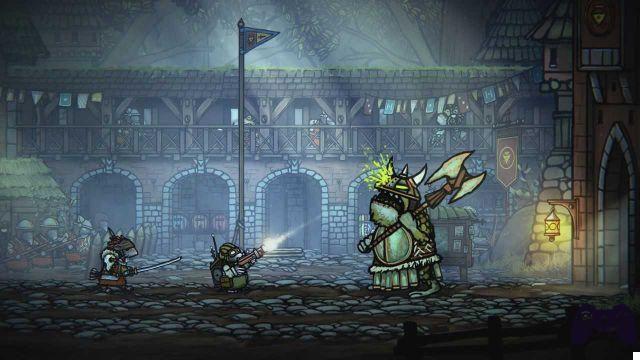 Finish the complete trophy list of Tails of Iron here. What do you think of the Odd Bug Studio title? Write it to us below in the comments, we will continue to keep you updated with all the news, guides and reviews on videogame and tech! And if you are interested in game keys at affordable prices, we recommend that you take a look at the InstantGaming catalog!

Tales of Arise: how to change characters ❯