In this guide we will show you the 10 most powerful objects in Super Smash Bros Ultimate, let's discover them together

Super Smash Bros ultimate is one of the most loved and played Nintendo exclusives. The title is presented as a game based on entertainment perfect for casual gamers but at the same time it has features that make it an excellent competitive video game. Speaking of which, whether you are a pro or a casual gamer it will be very useful to know which ones they are the most powerful objects that will help you win your games.

Before starting with the actual guide to the most powerful items in Super Smash Bros Ultimate, we have to make a small introduction and a small introduction to the game. The title looks like a fighting game with a very particular flavor. The whole thing is based on an interesting platform and level game in which you will find yourself fighting. The roster available is vast and the characters present are taken with both hands from the whole videogame universe of the Japanese house led by Shuntaro Furakawa and beyond. You will therefore be spoiled for choice before you get to select and locate your favorite character. But now let's stop the chatter and let's start with our guide! 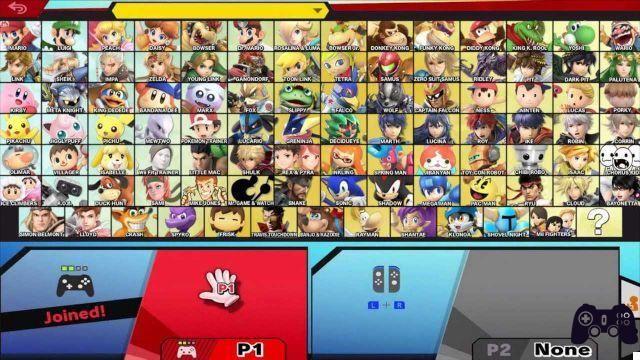 La Smash Ball it is one of the most important and powerful items in the whole game. This object, in fact, has the ability to load the finishing move of any character. When the Smash Ball appears on the map you will have to hit it with any attack, after which your Final Smash will be ready and loaded. But be careful, it can often happen to come across some Fake Smash Ball, in that case the attack towards it will generate a strong explosion that will cause you damage. 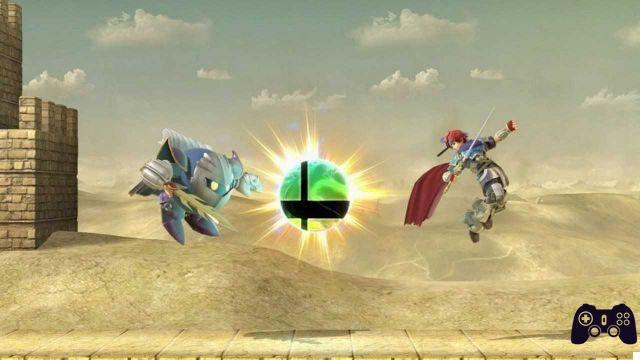 These two objects, among the most powerful present in Super Smash Bros, are able to give great unpredictability to your games. There Poké Ball it will in fact be able to call into question a totally random Pokèmon that will help you during the fight. As for the Master BallInstead, it will have an almost equal effect but to be summoned will be a sort of special and legendary monster stronger and more powerful than the Pokèmon called into action by the Pokè Ball. 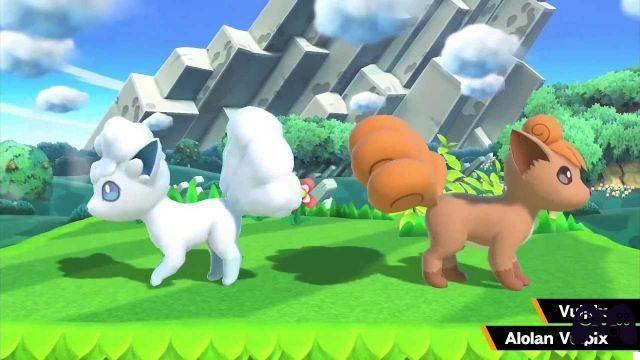 La Auger it's one of those potentially deadly and lethal objects. If used at high percentages it means giving the final blow to your opponents. Anyone hit by this horizontal trajectory bullet will be trapped and forced to take damage. It works as a kind of automatic combo. Be very careful when one of your enemies has this item available. If, on the other hand, you have it, well, make good use of it! 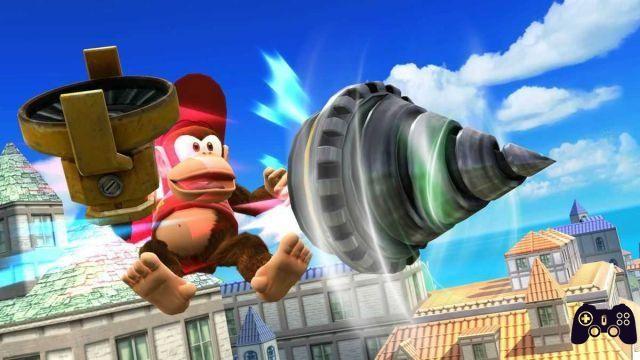 Always present in most Nintendo titles, the Super Stella it is able to enhance your abilities and make you invulnerable. From Mario Kart to Smash Bros this item is a real classic. A friend and a faithful companion, whether it's a Go-Kart race or a bloody and very heated battle! 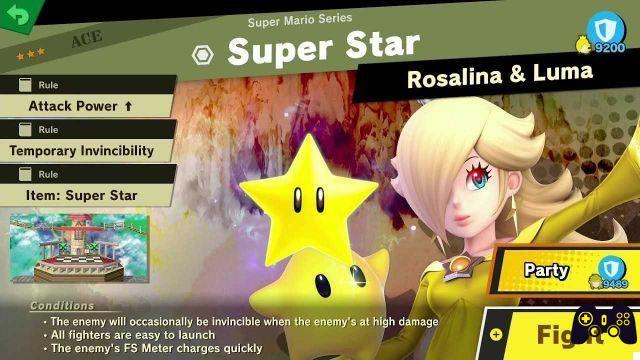 As well as the star, also the super fungus it will be familiar to all lovers of the Nintendo videogame universe and especially to fans of our dear plumber with an unmistakable mustache. This item, in Super Smash Bros Ultimate it will make you much bigger and will give you the opportunity to inflict much more damage than normal on your enemies. This is a very simple but damn effective effect object. 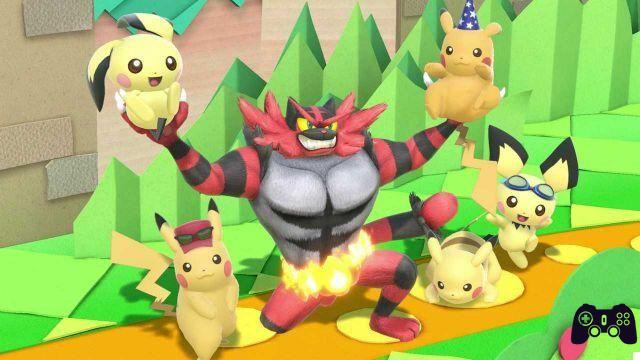 Unlike the Mushroom and the Star, this time we are not talking about an iconic object of the Nintendo world but in any case it is an equally (and perhaps even more) powerful object. Depending on how you use it, the Home run club it can be really lethal. This is the most powerful offensive element in Super Smash Bros Ultimate. Use the home run club for your Side Smashes and you'll have a guaranteed KO. 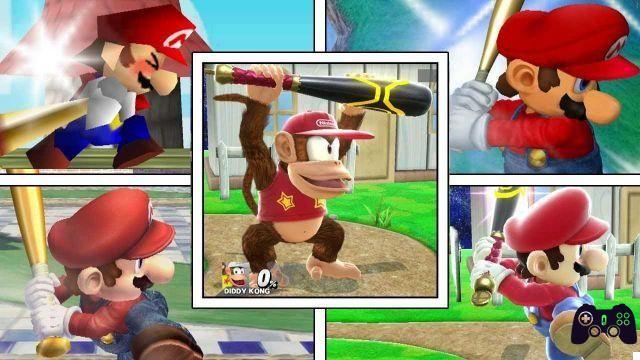 In this case we are talking about two objects, the Scarabeo and the Galaga Boss, very similar or in any case with a very similar effect. By throwing them, they will attach themselves to the enemy and drag them upwards. The more damage your opponent has accumulated during the game, the less likely he is to survive. Be very careful when these objects are thrown at you, they could be really lethal. 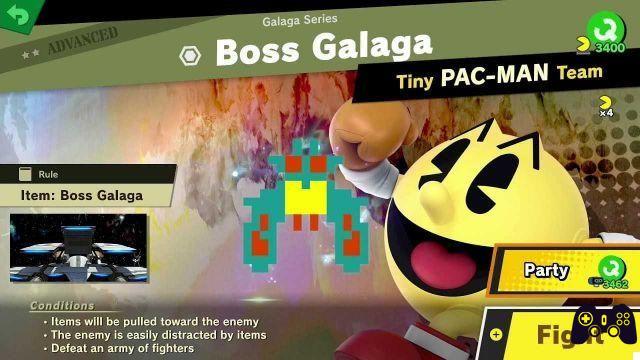 The best defense is attack… Not always! The Portacuori represents the apotheosis of defensive tactics. This object, in fact, if used, will be able to restore the 100% (yes, you read that right) your health. It goes without saying that this object will be essential in the most critical situations and will help you not only to survive but also to have an extra "stock". 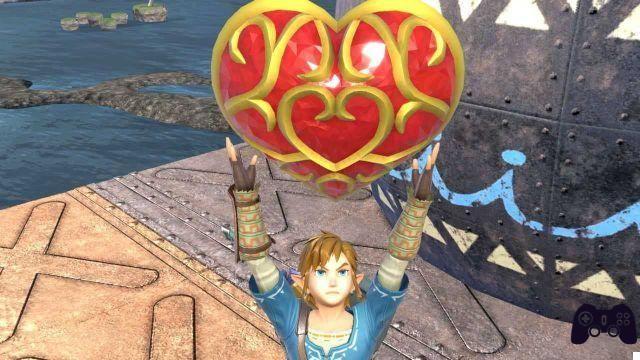 Even in the case of the Mineral Mace let's talk about one of the most powerful objects you will encounter in Super Smash Bros Ultimate. An interesting thing to point out, however, is that this object is also one of the most powerful among those present in this guide! It will dramatically increase your range and create tornadoes with each use. It is practically impossible to escape them. Again the recommendation is double: make good use of it and be careful! 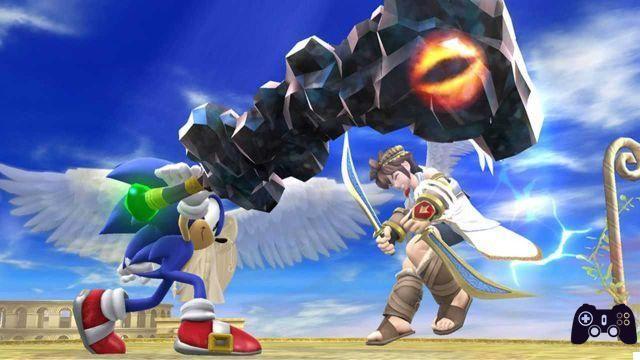 We have decided to include the Magic Jar: the element that by detachment ensures the title of the most powerful object in the entire game. Thanks to the Magic Jar you can push enemies out of the arena. Thanks to it it will be possible to block the gusts of wind with the parry button, moreover the activation is instantaneous and therefore it will be practically impossible to escape from it. The moment you see this object on the screen do everything to collect it! 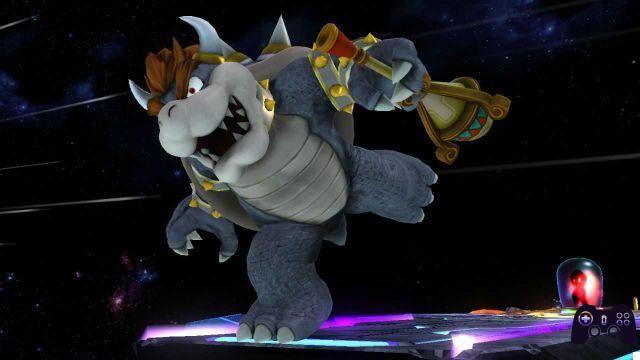 Have fun and good wins!

This was our guide to the most powerful items in Super Smash Bros Ultimate. Exactly as we have already said several times, make good use of these objects and pay close attention to them at the same time! If you liked this type of content, we recommend our guide to tricks and tips to use in Rainbow Six Siege.

Call of Duty: Warzone, best weapons to use to win

Nioh 2 | Guide to all Thermal Springs

Add a comment from Super Smash Bros Ultimate: The Most Powerful Items | Guide