Just yesterday November 15th, Respawn Entertainment and EA released Star Wars: Jedi Fallen Order. It is an action and exploration game, in which players will navigate between planets and galaxies, gaining new abilities and sometimes retracing their steps to discover still unexplored passages and mysterious objects. All of which makes it a complex game, but fear not: we are here to help give you the tools you need to get off to a good start. So, no more chatter, let's get started!

Before starting, it is good to underline one thing: Star Wars Jedi Fallen Order is not an action game, so don't play it like it is! In this adventure, you will find yourself facing local wildlife and various stormtroopers in virtually every place you encounter, but you'll find yourself solving puzzles and exploring most of the time. We would like to emphasize this fact, as the first few hours of the game can be a bit confusing if you don't make the exploration of the surrounding environment a priority. In doing so, in fact, you will be able to find some useful objects and Star Wars Jedi Fallen Order is a game that rewards curiosity a lot of the player.

A more general advice regarding i game controls is to "study them": it may be necessary to get the hang of it before being able to enjoy the game without constantly making a mistake! Likewise, combat also has its own rhythm and it is good to learn right away that Star Wars Jedi Fallen Order does not have as its primary objective to make you fight. Indeed, the gameplay does not present the need to create combat strategies and not even particular skills in general, but the speech becomes a little different when you meet the first boss.

The boss fights of Star Wars Jedi Fallen Order are not based on a series of repetitive actions, just as if the fight itself had a defined rhythm, on the contrary: you will get more benefits if DON'T you will use the "smashing button" technique. In fact, there are several very powerful abilities that, on the contrary, will require you to press the keys of the pad even less than usual to inflict even more damage. The creators of the game did not come up with this "technique" at random: it is clearly more difficult to resist the temptation to press the same button compulsively when you are in a tight spot, but it is just what Star Wars Jedi Fallen Order will require of you in different situations.

Our advice is therefore to take it easy and train on this premise right away. Use the first few fights to understand your skills well and resist the panic that occurs when you are about to die and you do not have enough time to think about which button to press. Focus your attention on timing, on how to breach the opponent's weak points and try to train your skills in dodge attacks that you will not be able to block. Furthermore, in Star Wars Jedi Fallen Order you will unlock attacks that will allow you to change position even in the middle of the fight, to inflict a very powerful combo and to manage multiple subjects in the same fight. Therefore, do not miss the chance and train even with the simplest enemies that will appear at the beginning of the game. 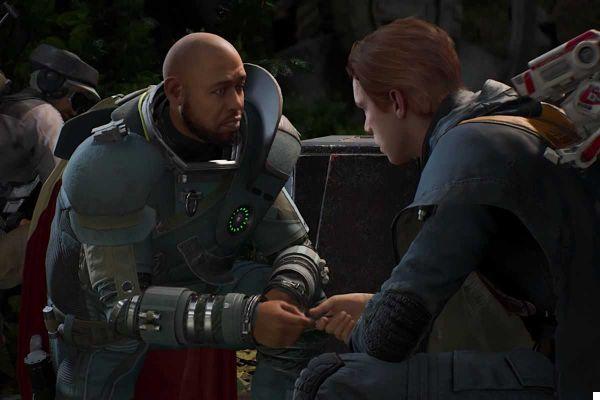 How to make the most of the game map - Star Wars Jedi: Fallen Order, tips and tricks

The game map in Star Wars Jedi Fallen Order is extremely useful. It's about a holographic map in three dimensions, therefore useful to see the different levels and vertical passages that characterize the game environment. The map also has another usefulness: it suggests doors and passages hidden by a color code. The passages and doors highlighted in yellow, are still unexplored, while those highlighted in red you will not be able to take them for some reason. This alone will be useful for you not to get lost and know immediately what will be the next stop to explore, and do not forget that the colors can change as you unlock new skills.

When it comes to maps and passages to take, sometimes you get lost easily, not knowing which is the right path to take, especially when you don't have the map yet. Another piece of advice we give you is to pay attention to shine and at white lights on some items, if you find yourself in trouble. The lights indicate the places and passages where you should investigate, so they basically help you shed some light on the important things. Some particularly useful objects have white reflections, but they are not as easily identifiable as in the case of illuminated passages. In any case, try to pay attention to it in order to narrow the search times. 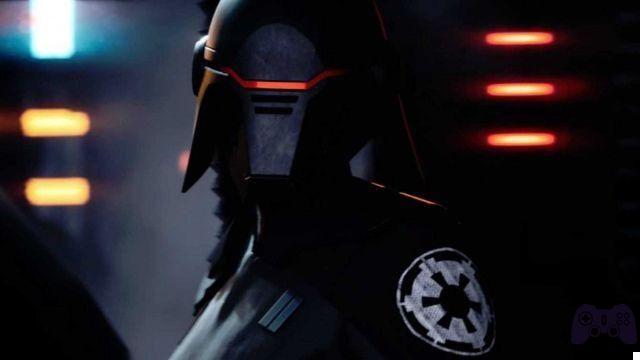 Did I mention that it is important to explore? - Star Wars Jedi: Fallen Order, tips and tricks

Explore, explore, explore and explore. Do not take anything for granted, especially if you are looking for a route or passage that you cannot find. Indeed, it will happen to you in all likelihood and you will be forced to retrace your steps many times, but it is absolutely normal. Also remember that there are no real dead spots, or at least not permanent. Almost every room that doesn't seem to take you anywhere else has some secret which will be useful for you to understand where else to go. Whether it's an object or a hidden story, observe carefully.

This is not to say that in Star Wars Jedi Fallen Order there is always something to be looted: it is not quite so. There are indeed a limited number of secrets and chests for each region, but these are often difficult to find or reach. Another tip is: if the game is also telling you to go right, explore the left first also consulting the map. You will most likely find something useful. Keep in mind that in Star Wars Jedi Fallen Order there are well four kinds of objects that you can find: coffers, threw out (which contain notions about lore), essences of life and strength. The latter increase your Life and Strength values ​​every three you collect, while the chests keep cosmetic items. All these four types give you additional XP.

It will console you to know that you will not be alone in your exploration in search of useful items. Your mate BD-1 often he will find interesting objects, at least to read and make you accumulate XP. XP is useful for unlocking new skills, but don't think BD-1 does all the dirty work alone. On the contrary, consider following him while he too explores the environment and sift through every place where he has stopped. 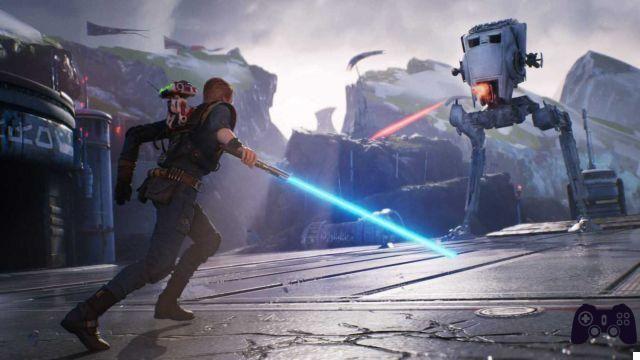 As mentioned above, in the chests you will find cosmetic items, but all that it does not give you any extra bonuses to your stats. There are no awesome armor or stats bonuses - you'll finish the game with pretty much the same stats you started with. What are the cosmetics of the chests for then? Think of them more as "gifts" or souvenirs that the game is giving you for purely aesthetic reasons. Nothing more! 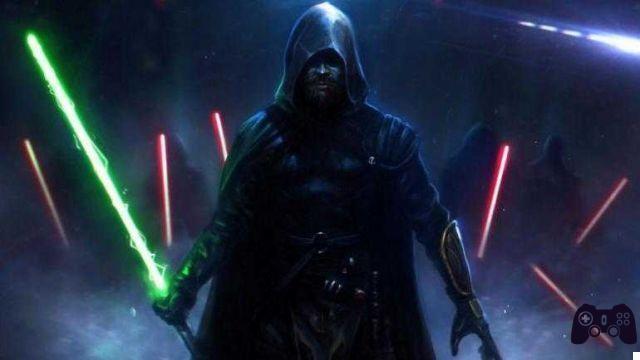 May the force be with you

add a comment of Star Wars Jedi Fallen Order: tips and tricks to get started