Pokémon Unite: tips and tricks to get started

We briefly summarize the best tricks and tips to start playing Pokémon Unite on the right foot, without missteps.

By now Pokémon Unite came out on Nintendo Switch, but before the mobile version comes out we wanted to share ours with you advice and the various tricks to get you off to a good start. Game Freak's pocket monsters never made it into the multiplayer online battle area (MOBA) genre, and the same goes for many of their fans as well. This time, in fact, it is not a question of the strength and weakness of creatures, but the management of time, distance and impromptu team play everytime. We will explain why it is best to start with caution, which characters to start with, classes and more.

The wait pays off!

The first of the tricks to win is also the most basic of advice: resist the urge to dive blindly into Pokémon Unite. There are six tutorial, and both MOBA experts and beginners should take their time to watch them all. After the first the game will allow you to play, but it is worthwhile to "graduate" first. The tutorials will explain the basics and reward you for following them, between basic and advanced mechanics. The first three will show you how to attack and score points, while the other half will show you how to diversify your targets is good for your score. 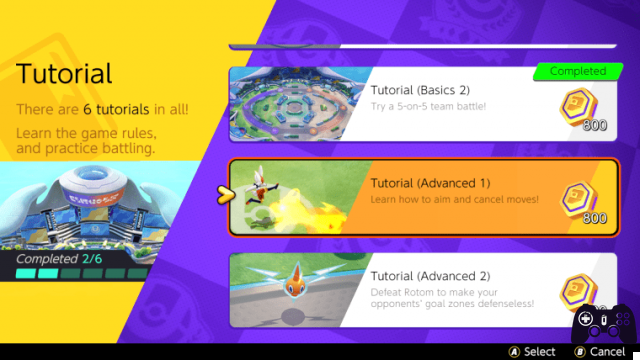 It is not that the options menu often falls within the basic advice for a game, but that of Pokémon Unite hides various tricks to triumph. One of the first settings you will find are the attack controls, which can be normal or advanced. In the latter case you will have two buttons to attack different opposing creatures. The Lock-On icon also helps you choose a target in the middle of the action, especially when there are differences between poor defenders and walls to break down. In short, choosing which target to prioritize will prove vital soon enough. 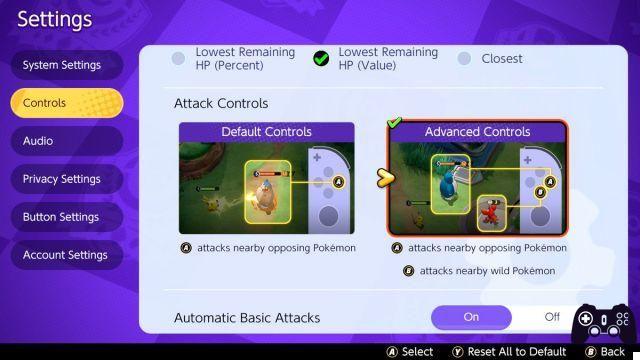 After the Pokémon Unite tutorials, you will get one license with which to unlock one of the creatures: if you accept advice, we can tell you where to start. Know the classes it is vital, and we explain in two words what differentiates them. You could also find better, as you already know ... 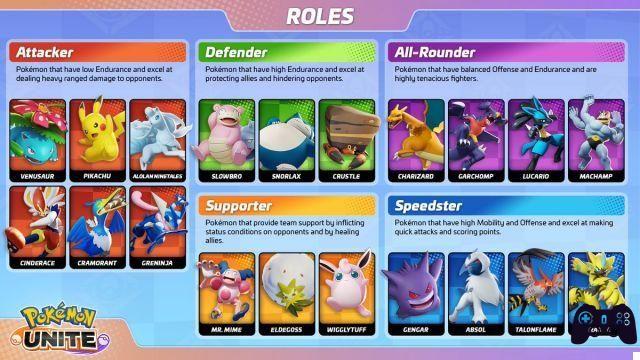 You will level up during Pokémon Unite matches, learning new attacks in the meantime. Over time, you will learn new skills that will override the two you had at the start of the game. It's up to you to shape your fighting style as you play. At level 5 and 7, the Pokémon will learn new abilities. You will always have a lot of choice, but you will have to create your own strategies. For example, based on the moves Charizard can inflict continuous damage to a certain play area or excel in close combat. It will be up to you to combine the moves as you see fit. 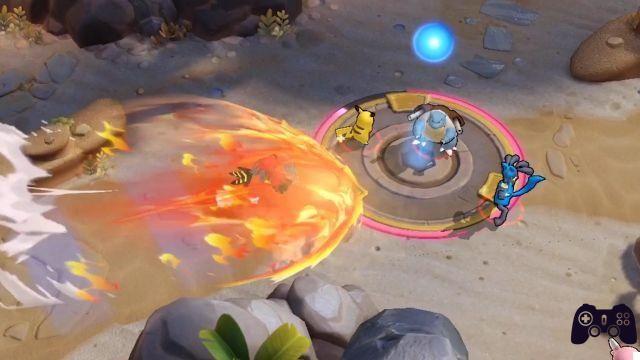 A coach in the lane

Each Pokémon excels at areas of the map best suited to him. You will find out by consulting the map before each match while you are in the lobby. By choosing the team modification option, the zone most congenial to each creature will be shown. For defenders, the best lane will usually be the one at the top, while balanced characters do best at the bottom. These are not dogmas, but these tips will prove invaluable in your first game.

Immortals Fenyx Rising: how to get Coins of Charon

Devil May Cry 5: where to find all Blue Gem fragments | Guide

Ghost of Tsushima: guide to the best Amulets and where to find them

Tony Hawk's Pro Skater 1 + 2: here is the position of all the gaps

Add a comment from Pokémon Unite: tips and tricks to get started