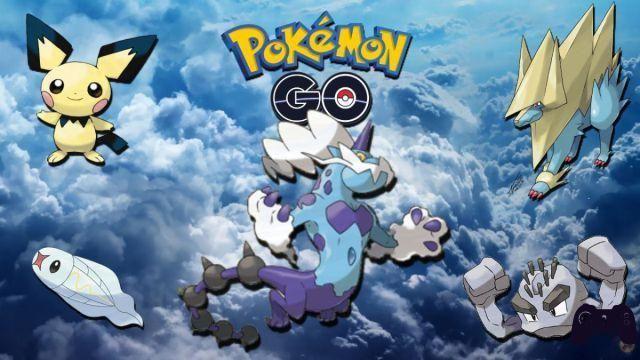 Exchanges have always been a feature dear to the Pokémon world, of which even the evolutions exploit the potential. In fact, you will remember how in the main series some monsters can transform themselves only by passing to another trainer, while for others it is necessary to keep certain tools during the passage. With the arrival of internet communication it has become even easier to trade, and consequently also to complete the Pokédex by evolving these Pokémon.

In Pokémon GO, the exchanges took a long time to arrive, but they made their way firmly linked to a "social" system. Here too having friends will be of decisive importance, but with some more details than in the main series.

List of Pokémon that can be evolved via exchange

For some time now it has finally been possible evolve some Pokémon after trading them also in Pokémon GO. Remember that evolution is not automatic: once you have received your friend's Pokémon, you will have to manually press the "Evolve" button. In this case you will not have to pay for the candy requested - but you can decide to do so anyway if you have no friends to trade with. Here are the Pokémon that can be evolved in this way:

The mechanic still does not apply to certain Pokémon, mainly those that in the main series evolve via trade only if they hold a certain item (such as Scyther and Onix). For these it is still necessary to use candies and a specific tool such as Metal Blanket or Sinnoh / Unova stone.

To be able to exchange with another coach, two requirements are first of all essential.

First you have to be friends in the game. To do this, simply click on the thumbnail with your character's face (bottom left on the map), then scroll left. In the friends screen that you will find in front of you, you can click on Add friends to view the numeric code and give it to a friend, or on QR Code at the top right to show them / scan theirs.

The second and most tedious requirement is distance. In fact, you will not be able to make an exchange if you are not less than 100 meters away from the other coach. Even a high level of friendship does not affect this: you will necessarily have to be close.

If both requirements are met, send your new friend a friend pack and open one of theirs. You will immediately get the "good friends" level (the first), which will allow you to trade with him.

Unlike the main series games, Pokémon GO trading is one-way - You will therefore not be able to trade a Pokémon received from another trainer, even with the same one from which you received it.

By interacting with your friends in the game you can increase friendship level. “Interaction” means any exchange, raid or trainer fight made together or exchange of friendship packs. But be careful: except during some dedicated events you can earn points only once a day (so from now on we will identify them as "days"). You will know that you have already interacted with someone by looking at the thumbnail of their avatar in the friends list: if the frame is blue, you have already made the daily interaction.

Obtained the first level you will have to interact for another 6 days before becoming "great friends" (level 2). From this point on, for each friendship level reached you will get not only a discount on the stardust needed for exchanges (more on this later), but also an attack bonus during each raid and a greater number of Premier Balls received to capture the boss . This applies, of course, only to raids that you will play together - conversely, it applies to every raid even if you have already done the daily interaction.

The next two levels will further increase these in-raid bonuses, while also reducing the amount of dust needed for trading. With 30 total days of interactions you will become "friends for life", with a total of 90 you will become "best friends". You will also earn a modest amount of experience points along the way.

As mentioned, exchanging will cost a certain amount of stardust. This varies depending on the friendship level, whether or not you own the Pokémon, and for Legendary or Shiny Pokémon - the latter being the most expensive. Remember that the cost for unowned also applies to color variants you don't have of Pokémon you already own!

The cost of the various types of Pokémon

A point to take into account is that of the so-called "special exchanges". This category includes exchanges that include at least one Legendary or Shiny Pokémon, or one not owned by one of the two Trainers (or a Shiny variant not owned by either of them). Only one special exchange can be made per day, except for events.

Also in Pokémon GO there is a Pokémon rating system, thanks to which your squad leader will reveal to you how your friend is doing in battle. Unlike the main series, there are only three here (Attack, Defense, HP) ranging from a minimum of 0 to a maximum of 15 points per stat. In most cases, trading is a bet on slot machines: the IVs of the Pokémon traded will in fact be recalculated completely. Friendship levels affect the reroll by granting a minimum cap of IV after the trade:

Even at the highest friendship level, therefore, it is clearly risky to trade a Pokémon with excellent statistics - because most of the time they can only get worse.

There is, however, an exception connected with an additional "temporary level" of friendship, so to speak, which can only be achieved after becoming best friends. As you continue to interact with your best friends there is a chance that both of you will see a warning on a gold screen. Congratulations, you are now lucky friends! This means that the next trade will make both Pokémon "lucky" - which translates into halving the cost of stardust and candy to upgrade them.

The lucky swap also guarantees a minimum cap of IV much higher, which starts from a minimum of 36 points out of 45 total - equivalent to about 12 points per statistic. This is the best time you will have to trade them with a friend, and get something just as powerful in return.

Once you have become lucky friends, the only time limit is the subsequent trade. You will remain lucky friends until you make it, even if it takes months.

What are the Pokémon that evolve by trading?
How to exchange Pokémon to evolve?
How many Pokémon can be caught in a day?

How to know which Pokémon to evolve Pokémon GO?

The Hex Review - Six Avatars in Search of Author ❯