In this guide dedicated to Pikmin 3 Deluxe, you will discover some tips and tricks to start playing this delightful Nintendo game

Pikmin 3 Deluxe has been out not long over Nintendo Switchh, a famous but not one of the best known series from Nintendo. However, its audience is very fond of the characters and creatures that inhabit the world. Each has its own particular character and aesthetic that stands out in every comparison. It all started back in 2002 as an (obviously) exclusive Nintendo Gamecube video game, meeting the favor of audiences and critics alike. Arriving at the third chapter, in an expanded and improved version, many users may find themselves confused in front of so many contents, especially for such an unusual title. So let's start by exploring some tips and tricks to start playing Pikmin 3 Deluxe.

In addition to new players even the most experienced ones could find some useful information. As we have in fact described in our review of the title, the contents that have been added are many and for the most part they go to fix some inconveniences present in the original version. Among the novelties there is a new system of "smarter" lock-on, new difficulties and many options to customize your games. So if you are looking for tips to do some clarity, we tell you some tricks to start playing Pikmin 3 Deluxe. 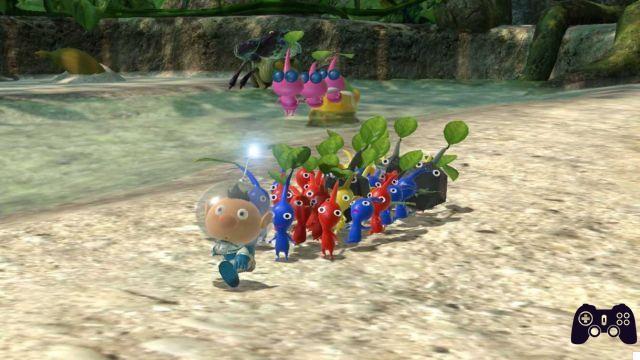 The game immediately puts you in charge of a small team of adorable creatures. These will follow you everywhere but sometimes you will need to call them back to order. If they get hit or if they will panic when faced with an enemy, rely on your whistle with B to get them back to order. Simply point with the right stick at the desertering Pikmin and briefly hold B to emit a sound that will make them resume immediately.


This is especially useful even if they fall into the water. In fact, many Pikmin cannot swim, but will flounder on the threshold for a while before drowning. If you continue to use the whistle, you will give her more time to float and get back to you safe and sound. The whistle will also extinguish the burning Pikmin and even when they are electrified. A technique that works with any type of Pikmin, the whistle will always make them snap and run straight at you. Read on to discover one of our tips and tricks for empowering your allies in Pikmin 3 Deluxe. 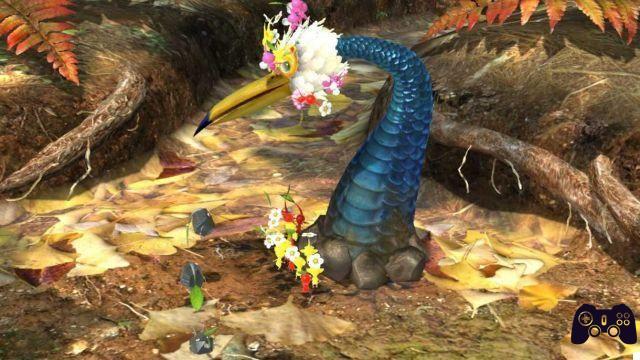 Each Pikmin has different powers and characteristics based on color, this division makes them more effective in certain situations. Pikmin 3 compared to previous titles comes with some new creatures to enrich the gameplay even more. Knowing them all is therefore essential to tackle bosses and mini puzzles in an easy way. The first Pikmin you will encounter is that Yellow, a perfect conductor of electrical energy (it is just immune to it) and it is also lighter than many othersi, so that it can be thrown far away where others could never reach.

Then there is that Red skilled in battle e fire resistant, useful for fighting fire-breathing monsters or burning snails (Pyroclasmic Slooch). The third Pikmin you will encounter is that of Rock, very powerful if thrown on the weak points of the enemies or to break glass and crystals. There are also many others, but we stop here so as not to reveal too much about the mechanics of the game. However, Pikmin 3 Deluxe will inform you of all the main abilities of the creatures, without ever leaving you unarmed in the face of dangers. Now let's move on to understanding how to upgrade Pikmin, one of our best Pikmin 3 Deluxe tips and tricks. 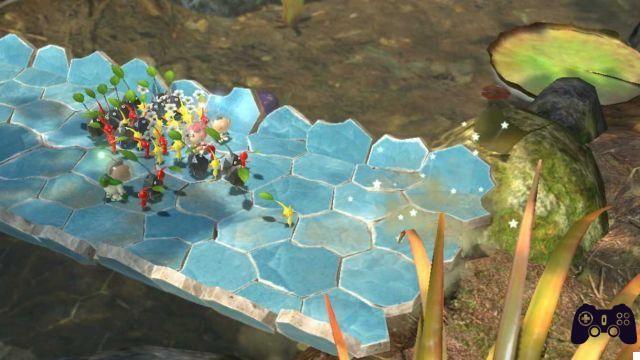 All Pikmin are equipped with a subspecies of antenna on the head. At the top you will initially see a simple leaf, but as you continue playing you will see it transform into a bud and then in a flower. These changes are not only aesthetic, they represent in fact an increase in power and Pikmin experience. Each time they win a battle they will gain experience, which is used to increase their effectiveness in battle and during exploration. A fully flowered Pikmin, for example, will perform its duties more quickly.

However, there is a less risky way to boost them. Exploring the game map you will surely encounter some mysterious eggs. Throwing a Pikmin at us will break, releasing tasty nectar for your critters. If the Pikmin eat it they will become stronger as they overcome all stages of evolution. It will also happen to find some red nectar, that is ultra spicy which will temporarily make them even more powerful. After analyzing 10 samples, you will also unlock it Ultra Spicy Spray, so you can use it in the most excited and difficult moments. 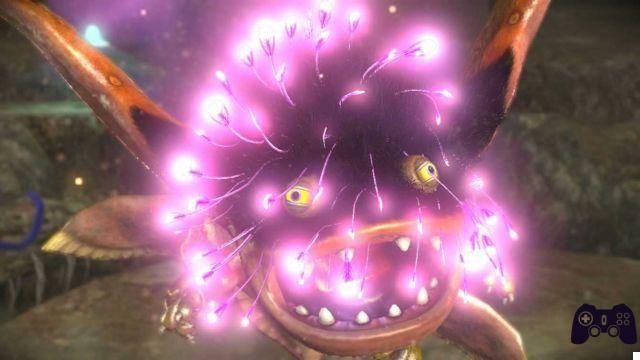 How to get more - Pikmin 3 Deluxe: tips and tricks to start playing

You will certainly lose some of your precious little companions. This will put you in front of the need to create new Pikmin, but how do you do it? There are different ways and some of them are very simple. The main one lies in locating the Pellets, that is, those sort of tokens that can be found on flowers, on the ground or underground. Each Pellet has a different color (or which sometimes changes according to the second) which represents the Pikmin that will come out of it. When you have found one the Pikmin will take it to the Onion to create others like them.

Another way is to kill the monsters and let the Pikmin take it to the Onion. The color of the born creatures varies based on who carried the enemy's body. For example, if yellow Pikmin (or mostly) are leading the enemy, other yellow Pikmin will be created. Other times, however, you will be able to find new creatures free in nature, in which case you will just have to use the whistle and they will be tamed immediately! 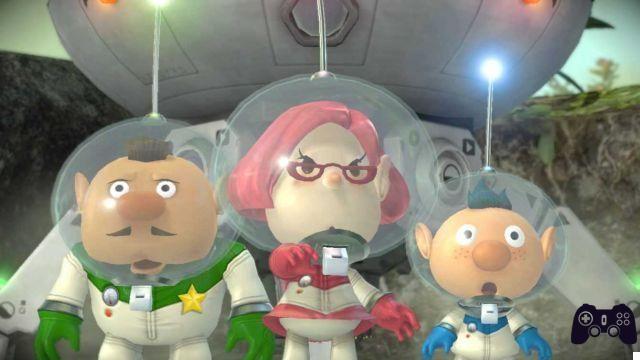 The planet will be yours

At this point you should have more awareness about Pikmin 3 Deluxe thanks to our guide on tips and tricks. In case there are any doubts or you want clarifications, ask us your questions below in the comments!

Pikmin 3 Deluxe is a game developed by Nintendo, available exclusively on Nintendo Switch. We invite you to continue following us to stay updated on video games and technology.

add a comment from Pikmin 3 Deluxe: tips and tricks to start playing