Finally, Nioh 2, the long-awaited one, is out action RPG developed from Team Ninja. Nioh 2 is part of the genre of soulslike and consequently it has a lot of elements in common with FromSoftware's games. One of these elements are the invisible walls, that is, apparently normal walls that can be destroyed to reach secret areas.

The hidden areas behind these walls usually are full of treasures which might be very handy for players, but unfortunately finding them is not easy at all. For this reason we have decided to write this guide, in which we will explain how to easily find and overcome the invisible walls hidden in Nioh 2.

It is not at all easy to find invisible walls in Nioh 2, as they appear to be exactly like a normal wall. The only difference you will notice from afar is that the wall appears to have a different color tone compared to the rest of the walls. If you feel like you've seen a wall with a slightly odd coloring, then you should go closer and take a look.

From a distance it is not easy to distinguish an invisible wall from a normal one, but up close it's a whole different kettle of fish. In Nioh 2 the invisible walls are not mere illusions or hidden doors, but they are real Yokai with the appearance of a wall. Once you get close enough, the Nurikabe will feel your presence e it will open its eyes to look at you. Once his eyes are visible it will be really impossible to confuse him with a simple wall.


If you are really determined to find every secret in the game, it might be a good idea walk as close to the wall as possible to find even the most hidden Nurikabe. Unfortunately being a Yokai the creature won't let you pass safely once you find it and you'll have to find a way to make it move. 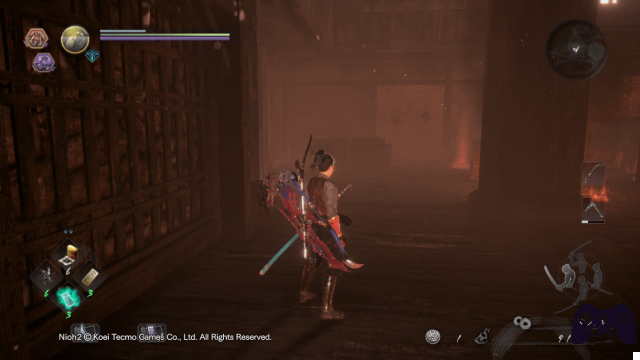 The most intuitive way to get rid of the Nurikabe is attack it, but being a demon he sure won't get away with it after you hurt him. Once you have damaged it, it will immediately go to the counterattack and as if that were not enough this creature is also extremely powerful. During this fight, any mistake could be fatal and it is essential to avoid getting hit. A good way to deal with it is to use as much as possible the abilities of your soul cores to weaken it and then exhaust it with heavy attacks.

This method is very straightforward, but at the beginning of the game it may be difficult to defeat such a strong monster. If you are confident in your skills and equipment you are free to try this approach, otherwise you can always groped to reason with the creature. 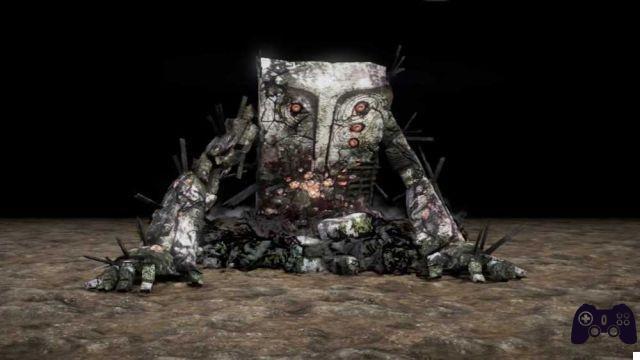 Unlike the other Yokai, the Nurikabe is not openly hostile towards us and until we attack it it won't hurt us. Moreover, he also seems to be a fairly reasonable creature, given that if we make him understand that he is not a danger he will let us pass without problems. To do this it will be enough use gestures, but we will have to be careful to choose the right ones.

Even if they are not hostile, the Nurikabe are very gruff and if we use gestures that they do not approve of they may decide to attack us anyway. The gestures in the game are divided into positive, neutral and negative, and are respectively marked by color blue, yellow and red. Being able to understand what type of gesture to use is not easy but fortunately very often near the creature there are the spirits of the other players and NPCs it has defeated, and reading the cause of their death you can figure out what not to do.

In case you use a wrong gesture do not be alarmed, as the creature will only attack you after you make a mistake twice, or if too much time passes after the first mistake. Furthermore, after making a mistake, you may also decide to return to a sanctuary to appease the Nurikabe and try another gesture. If the gesture used is to your liking, the Yokai will bow and will let you pass without making a fuss. 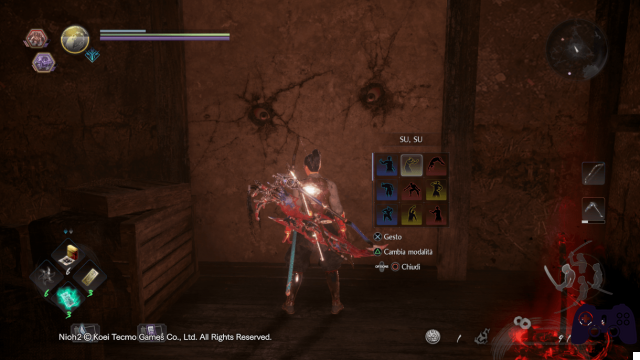 Thanks to this guide you now know how to find invisible walls in Nioh 2, but the game is really full of secrets and treasures can hide around every corner. If you are always vigilant and keep your eyes and ears wide open, then certainly not even the smallest secret will escape you. In case you want some advice also on other aspects of Nioh, we refer you to our guides on how use the stances and how battere i boss more difficult.

If you are interested in staying up to date with all the news on the world of video games and much more, then continue to follow us here on Holygamerz.

add a comment of Nioh 2: how to find invisible walls