In this episode of our Nioh 2 boss guide we will explain how to beat Shibata Katsuie, the fearsome boar demon

The last title of the Team Ninja it really is a game very difficult and is able to create problems even for the most prepared gamers. The game's missions are littered with powerful enemies and treacherous traps, but the biggest obstacle for most players is the boss. For this reason we have decided to write one complete guide to bosses in Nioh 2 and in this episode we will explain come battere Shibata Katsuie, the fearsome boar demon.

Shibata Katsuie is an extremely powerful foe, but defeating him won't be too difficult. The recommended level to defeat this boss is the88, but you shouldn't have any problems even at a slightly lower level.

Shibata Katsuie was a fierce warrior, but he eventually succumbed to the power of the Yokai and transformed into a very powerful boar demon. This boss uses the fire element, then prepare some talismans to increase the defense to this element it's a wise move. In addition, if you want you can also prepare some water talisman, so as to exploit its weakness in this element. Even items capable of increasing Ki regeneration, such as sacred water, they will be useful against this enemy. 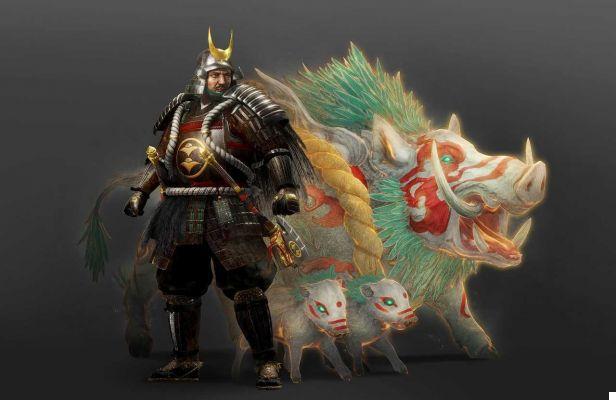 The way Shibata Katsuie will attack you most of the time will be with some long and slow charges. These attacks are not at all difficult to dodge, but you will have to be very careful where you are in the arena. Once the boss has passed you, it will bounce off a wall and it will continue its attack on you. For this reason, we suggest you to never position yourself too close to a wallotherwise you risk being hit from behind without having time to react.


In addition to the charges, the boss can also use his two axes to hit you closely, but his shots will have a very short range and they will be pretty easy to avoid. The only time you'll need to be careful is when it starts turn on itself. Once he has finished filming Shibata Katsuie he will throw both of his weapons that will continue to rotate around him at a greater distance. This move might catch you off guard, but with good timing you might be able to dodge through the axes and hit the boss a couple of times while standing still. 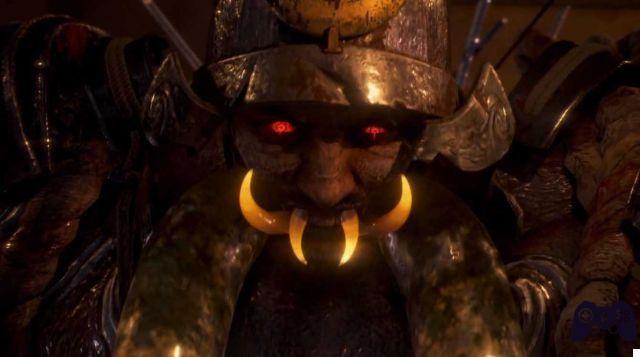 Seeing how slow and clumsy this boss is, execute a explosive counterattack it won't be difficult. The simplest counterattack to perform is when he is attacking you from the front with one combo of ax attacks, as it will be very easy to interrupt. When he does this attack you just have to be careful to be at the right distance, because if you are too far away there is a risk that at the end of the combo you try to grab yourself with a very dangerous grip.

The other attack that can be counterattacked is the eruption of flames performing in the Yokai kingdom. This move summons a wall of fire that can do a lot of damage following a hit on the ground and the fire cannot be blocked, but with the right timing. you can use an explosive counterattack on the blow landed by the boss. This blow could inflict serious damage on you, so we recommend that you try to counterattack only if you are already very close to the Yokai.

The fury of the Dark Kingdom - Nioh 2 boss guide: how to beat Shibata Katsuie

Once you enter the Dark Realm, Shibata Katsuie will be even more enraged. In this phase the boss will perform longer and more powerful charges that will leave a trail of flames on the ground, but they will also be less precise. To effectively avoid these attacks, the best move to do is to try to stand near a corner of the map near the last point of impact of the boss. This way it will continue to charge you with an arc motion, bouncing between two walls without being able to hit you.

This strategy is very useful since it will allow you to heal yourself and use some buffs. Plus, if you have a build dedicated to Omnyo magic, you might as well try hit it with some ranged spell. The only thing you will have to watch out for is that the boss is not too close to the corner at the start of his charge, because in that case it could get too close and risk hitting you. 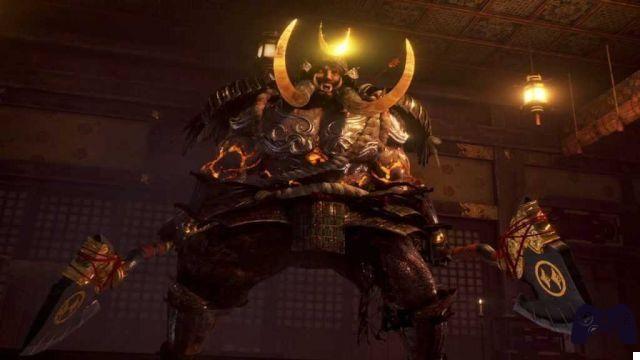 Thanks to this guide you will surely be able to defeat your prey without too much difficulty. If this guide on how to beat Shibata Katsuie was useful to you, we recommend you also have a look at the other Nioh 2 boss guides on our site:

add a comment of Nioh 2 boss guide: how to beat Shibata Katsuie