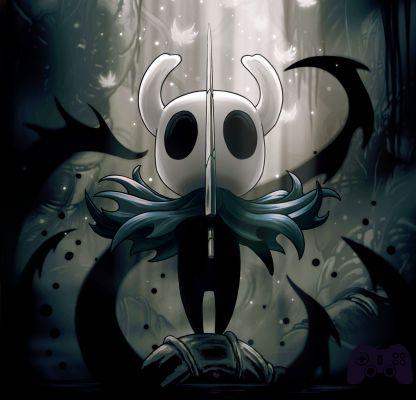 Hollow Knight, the first game developed by Team Cherry is an excellent example of modern Metroidvania. Let's try to understand how and why he redefined the Carrot and Stick approach in 2D platformers.

Hollow Knight is a game that blends together hand-animated insectoids, multifaceted gameplay and a truly evocative soundtrack, putting all of these elements in a richly detailed environment.

Nonetheless, this analysis focuses on dynamics that arise through the gaming experience, where the player's skills meet the game world, highlighting the evolution of both and their mutual influence.

A confusing concept, perhaps? Then let's call it scouting.

One of the oldest textbook tricks for inducing desired behavior is the approach "Carrot and Stick". Rewards and penalties are used in every video game, and are an easy way to understand why exploration in Hollow Knight works so well. Exploration in Hollow Knight is fun and rewarding. Exploration has always been an important trait of metroidvania and clearly HK isn't the first to hit the balance, but what is most surprising is that this game is immense. The best part is that the map keeps expanding, even when you think you've seen every square inch of it.

Nerd & DevBesides being a name that sounds better pronounced than read, it seeks to unite the world of gamers with that of developers.   È a virtual place to exchange views on past, present and future games (and Final Fantasy VII Remake which will never be released).   SQuite apart, a good way to read these articles is not to ask yourself if everything is right or wrong, but to find your own interpretation of why some video games are so fun and interesting.

Throw yourself in, which is soft

Tutorials are a useful way to help the player become familiar with the basic game mechanics. That's why I am always pleasantly surprised when tutorials are "silent", when you find yourself hitting the right button at the right time, but no one told you to. Okay, to be honest in Hollow Knight there are various stones where you can read the basic commands.

But here's the fun. A key concept is not verbalized, and is probably the most important: "To proceed, you have to go down".

The vertical structure of the game is undeniable: you start on the top of the world and, during the adventure, you go down until you reach the darkest and deepest caverns. 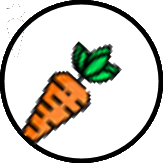 The tutorial teaches this with three falls: the first is imposed, the second is a rite of passage, the third is already a habit. After each leap into the void, a reward always awaits the player, reinforcing the idea of don't be afraid of falling.

The game begins with the protagonist already falling (1), teaching the player that the character can survive even by jumping from great heights. At a certain point in the tutorial, the player's only option is to jump off a precipice (2). The player must finally jump into a well to begin the adventure (3). 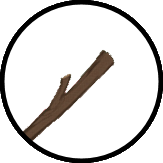 At the beginning of the adventure, the rider is slow and not very easy to control. The jump alone, even if taken to the limit, is just enough to jump to the next platform, both for horizontal and vertical movements. If the player falls down a vertical corridor, the lack of agility in movement certainly does not encourage him to climb to the top again. But where the player falls, there is always something new to discover, strategically placed in the surroundings.

Subconsciously, the player is guided to procedures downwards or horizontally, retracing his steps as little as possible.

However, you never find yourself stuck. It is no coincidence that the first play area consists of many adjacent rings. This allows the player to return to a previously visited place, but without following the same path. On the right side of each ring it is easier to go back up and the main events are placed in the horizontal corridors which act as a link at the same time. 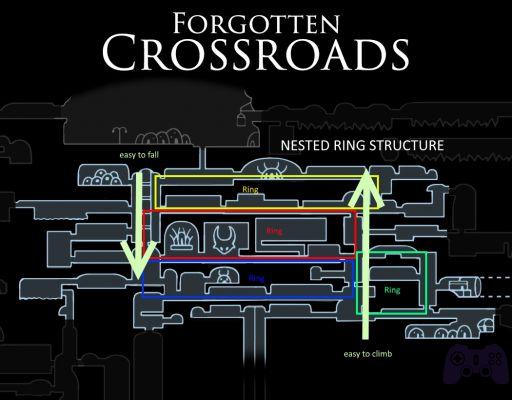 There are four main rings in the first area map. The icons on the map indicate the points of interest of the portion of the game.

There are many ingredients that give the game its unique flavor of exploration. If we consider a more player-centric point of view, however, we come across two main characteristics: degree of freedom given to the user and skills that the protagonist can use. It is possible, at any moment of the adventure, to assign a more or less concrete value to these two variables, and to read the game from a more analytical perspective.

For the first few hours, the game is pretty straightforward: apart from a few minor detours and unplanned backtracking, the player follows a guided tour through the first three dungeons. The structure of these levels is very similar and each of these features a new skill once the final boss is defeated.

It is already after these first stages that the more significant motion upgrades: a horizontal dash and a hook for climbing walls. These are almost radical improvements, because they fill many gaps in the mobility of the character, especially during the vertical areas that previously we tended to avoid.

And it is as the player becomes freer in terms of movement that the game opens, revealing his mammoth scale. The player is given the choice of how to proceed. 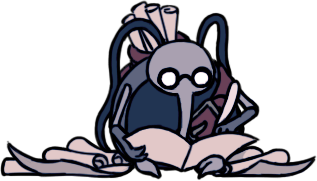 These three graphs show the player's degree of freedom at different points in the game. Specifically, they show exploration possibilities when collecting three new upgrades after that time. 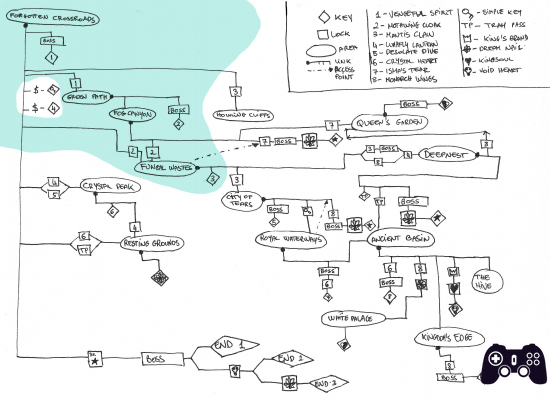 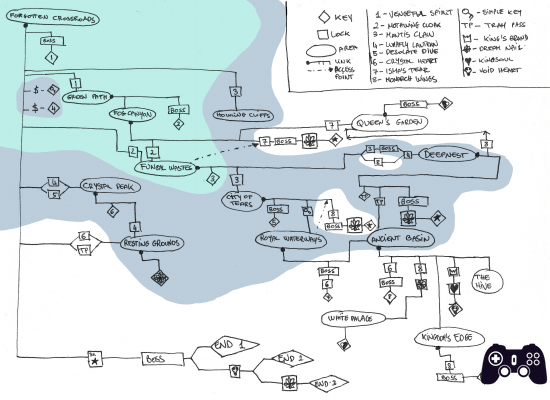 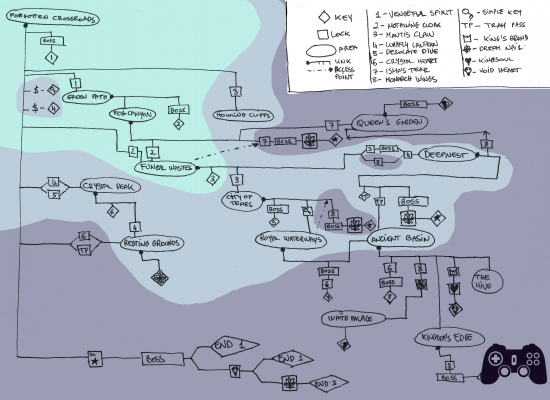 As you can see, from the moment the player completes the first part of the game, the size of the map is revealed, with 11 out of 15 areas already explored more or less at will.

The recommended path to finish Hollow Knight is still one, but the beauty of this game lies in the abundance of secrets, often hidden in places you would never go to check. The player receives no directions on the "right" path, but the perception of what surrounds him is the reward for a capillary exploration. All very standard for the genre, but what makes exploration truly enjoyable are the precise and varied controls.

Mastering the entire skill set isn't a walk in the park. To make the most complex moves you have to rely on timing and precision. The bosses, and the multiple deaths they will cause to your character, offer more than one battle to the sign of epic. The boss-fight design is meant for questioning combat strategies adopted so far. The developers have thought of a huge number of different patterns and, apart from rare cases, the way each boss kills your alter ego suggests a countermeasure to be adopted next time.

In this sense, Hollow Knight's control system turns out more adaptable to the user's play style, while other 2D adventure games try to make us feel more comfortable with a subset of HK's movement types (Metroid for verticality and Castlevania for horizontality, perhaps oversimplification).

The distinction I speak of is made even clearer by the amulet system. The player can in fact collect and equip gameplay modifiers, precisely called Amulets, to support his way of playing.

An interconnected, alive and… dangerous world

For good backtracking, shortcuts are necessary. Not only does Hollow Knight provide more income for each area, but each new path leads to elements of lore and millions of junk for pathological collectors. Not only do upgrades open up new paths and shortcuts, but they also make it easier to pass through previously explored areas. When the player retraces their steps, it is clear that the areas are meant to be navigated in different ways. We are often found in improvising speedrunners in areas that until an hour before we found extremely tiring.

To top it off, the game's memorable moments are fortuitous: relating to NPCs and the environment is more unexpected and natural than in other metroidvania, helping to make the game world more alive. The developers took a cue from modern RPGs, introducing a two-dimensional counterpart less linear narrative and more left to interpretation of the user.

Overall, the attention to detail in level design is superb, but with the only downside of having only grid structures. Hollow Knight levels have no slopes, they are made up of rectangles only, but it is more of a compromise to have easier-to-read compositions.

Despite the beauty of the maps, Hollow Knight is unforgiving and makes you sweat simple things that other games simply give you by default. The maps must be found and purchased, the monsters must be defeated several times to place them in the bestiary, the most useful purchasable upgrades cost a lot. Everything is measurable in some way, but the game deliberately remains vague as to how to increase one's skills. It is up to the player to strive, more often than not, to avoid a bad end or to improve his arsenal.

Ultimately, Hollow Knight is the unstable, albeit rewarding, balance between the completist's urgency to discover everything, and the saving from the death that lurks around every corner. 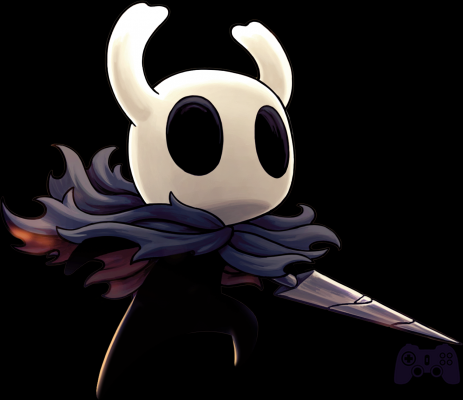 È the first time I publish on Holygamerz.   MI'd like to know what you think about this new special and if there's anything you want to hear about next time.   Scrivet me a osimo.sergio@gmail.com for your feedback.
Do you want to be a video game expert and know all the tricks, guides and reviews for your video games ? Holygamerz.com is a group of video game fanatics who want to inform you about the best tricks, guides and tips. We offer you the best information to be a reference in gaming, so here you can find guides, tricks, secrets and tips so you can enjoy your games to the fullest. Are you ready to get all the achievements of that game that you resist so much? Enter now and enjoy your favorite video game to the fullest!
News + Earn money with video games by churning out cryptokittens ❯