The videogame autumn has a tradition that will probably never fall: sports games. As every year of this period NBA 2K22 was shown, and we want to make a recap on what to know while waiting for the game

The NBA 2K series had seen a lot of ups and downs last year, due to the generation handover. The mission was to bring a technically superior game to new consoles, while still maintaining a pleasant gaming experience on the now old gen. For NBA 2K22 the music changes: two versions of the game (next-gen and current-gen) are under development, with different features oriented to involve both targets separately. Let's see what to know before the debut of NBA 2K22!

Erik Boenisch, executive producer of 2K, has released several statements to the press regarding the next chapter of the series. “We currently have two distinct versions of the game in development,” says Boenisch, and then continues: “I feel solid and confident about the choice to bring two very distinct games to market. Last year (despite the difficulties) it worked out well. We've received positive feedback from our fans about both gaming experiences. " After revealing the athlete on the cover (Luka Dončić, Dallas Mavericks) and the edition dedicated to the anniversary of the 75 years of the NBA, 2K raised the curtain showing the first images of NBA 2K22.

In-game improvements - NBA 2K22, what to know before you start

On the gameplay factor, the developers promise the most marked step forward, thanks to the numerous additions which will be implemented both in the attack phase and in the defense phase. In the attack phase again this year the team focused on finalizing and improving the dribbling, introducing of the new feints linked with R2 / RT, to displace defenders with complex sequences. Regarding the finalization, a new indicator will be introduced more accurate and functional shooting. In case of shooting with the best finishers, or in less excited attack phases, the indicator will expand guaranteeing a greater percentage of success. On the contrary, in case of pressing, uncomfortable shooting positions or trying the conclusion with a mediocre or tired shooter, the indicator will shrink for a shot with less chance of bagging into the basket.


Defensively the system has been completely reworked. A new "challenge" system, blocking and ball retrieval will be introduced for greater realism. Contrary to what happened in previous games, the strongest defenders will have a big impact on the game allowing more effective recoveries. Everything will be embellished with a new AI aimed at improving (ensure the developers) rotations and movements of the companions both in the attack and defense phase. 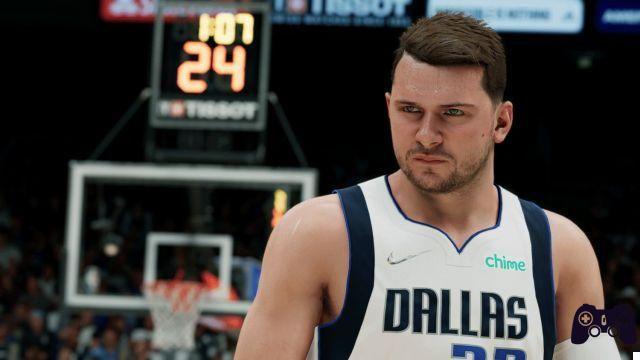 Seasons are back - NBA 2K22, what to know before starting

To the delight of NBA2K fans, they will return in this new installment of the series seasons with lots of news. Visual Concepts promises many novelties, rewards and "complementarity" with other modalities come MyTeam. "The mode will be free for everyone, it will not include a Battle Pass or paid content of any kind" confirms Boenisch. Then he continues: “It will be playable on MyTeam and MyCareer on both generations of consoles ". The Seasons will run for six weeks, promising new content and rewards with each change. In addition, each Season will include an exclusive prize as a great goal to be achieved.

As with the MyTeam, it will be possible to accumulate XP while continuing to earn rewards and prizes. The Top Prize for the first season is already confirmed to be a special version of Carmelo Anthony. To top it off, new songs will be available in the game every week throughout the season. In this regard, Visual Concepts has anticipated important collaborations with Columbia, Warner, Def Jam e altre labels to fill the game with ever new music.

The new city - NBA 2K22, what to know before you start

Last year, next-gen players enjoyed the City for the first time, and current-gen players enjoyed 2K beach. Regarding the city, Visual Concepts promises great improvements aimed at making it more interactive, inserting a large number of NPCs to interact with. As a result, there will be a new quest system for earning exclusive rewards. The 2K Beach will also receive an update and a cruise ship will be introduced that will dock in different places each season. In Season XNUMX, for example, we will be in the Caribbean.

The new matchmaking options will give new (and faster) alternatives for players to entertain themselves, with special buildings dedicated to this mode. Any progress made in this mode will contribute to MyTeam. 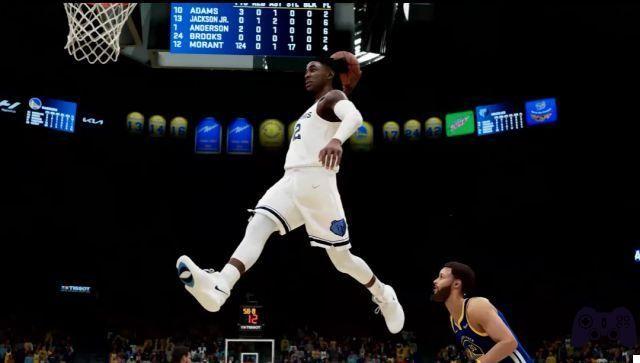 The WNBA - NBA 2K22, what to know before starting

As well as the City, another mode introduced last year by Visual Concepts will also return in NBA 2K22: the WNBA. This mode allowed users to create their own player with which to climb the ranks to become an NBA star. This year you can customize the player with badges freely, thanks also to the introduction of new specialties. the badges will be divided into four categories: conclusion, shooting, setting and defense. By playing it will be possible to obtain the badge points, with which customize and improve your player. The developers ensure that the choices made in player customization will have strong consequences on the gameplay, with related rewards.


In addition to this, the W will also be back online, not without improvements. This year it will be possible to play online in co-op with friends and earn XP points at the same time Season. The points will reset each season and will allow you to unlock (mainly) cosmetic items and for more general customization. 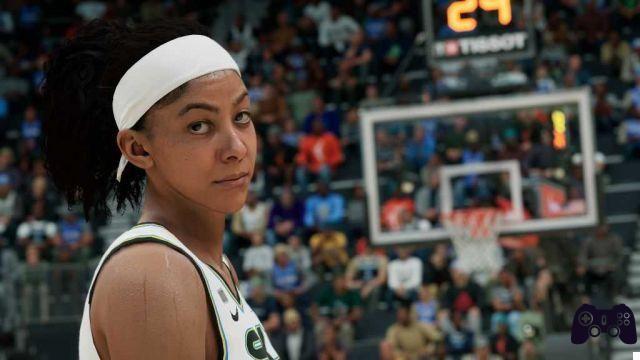 Career Mode - NBA 2K22, what to know before you start

If for the current-gen the traditional career mode remains unchanged, on the next-gen the career mode will be integrated with the City, for a gaming experience more complete and rich in content. The more our player becomes famous over the course of his career, the more opportunities will open up for him in fields "outside" basketball such as fashion or hip-hop. “The new Career mode - City it will be extremely narrative and full of activity, without losing sight of the heart of the game: basketball. " says Boenisch illustrating the news of the new Career mode. Proceeding through the story, it will also be possible to visit the home of your agent, the headquarters of Nike to negotiate on sponsors and much more. However, assures Boenisch, we will have other news in the days leading up to the release of the game. 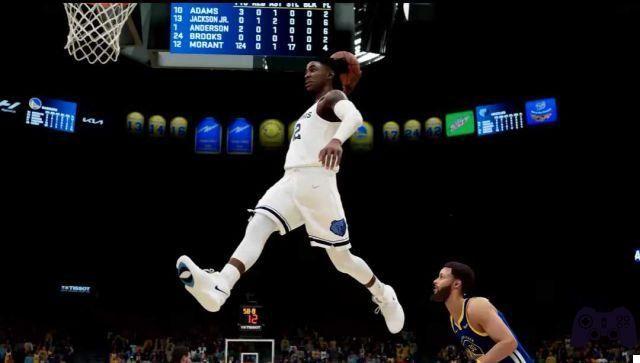 Much more to discover

Well friends, this was (almost) everything to know about NBA 2K22 before launch. As Boenisch teased, there is still a lot to discover about the game. NBA 2K22 will be available worldwide on September 10, 2021 for current and new gen. As always, we greet you and invite you to stay connected on Holygamerz for more guides, reviews, news and much more from the world of video games. Also, don't forget to check out Instant Gaming for always discounted games. Bye!

NBA 2K22: here are the best badges for My Player ❯

add a comment of NBA 2K22, what to know before starting