Metroid Dread: what to know before you start playing

Get ready to find out everything you need to know about Metroid Dread, the long-awaited new chapter of the series now nearing its debut

It will certainly not have the popularity of Zelda or Mario, but Samus Aran however, it plays a role of primary importance within Nintendo's playful ecosystem. Precisely for this reason the announcement of Metroid dread, which occurred during the Direct that the company held on the occasion of E3, could not help but collect wide acclaim. And now that we are within hours of the game's official launch, set for the day 8 of October, we offer you a small list of everything you need to know before starting to play.

Since 1986, the day of the debut of the first chapter, they have passed well 35 years, but in the end it seems that the time has come to bring down the curtain on the adventures of Samus Aran. Or at least those related to the world of two dimensions. Metroid dread, in fact, it is configured as the final chapter of the epic originally born on the NES, but before you dive headfirst into the adventure, maybe you should take a look at everything you need to know about the game.

Who are the developers? - Metroid Dread: what to know before starting to play

Metroid dread It is made by MercurySteam, the firm already responsible for the 2017 qualification, Samus Returns. Before this collaboration with the Kyoto house, the team had made Clive Barker's Jericho, Castlevania: Lords of Shadow and Castlevania: Lords of Shadow 2. A certainly valid working group, which we are sure will do justice to the latest adventure of Samus.

Is this a direct sequel? - Metroid Dread: what to know before starting to play

Nintendo confirmed that the game is a direct follow-up to Fusion released in 2002, and initially made for the Game Boy Advance. This makes it Dread the fifth official chapter of the brand's 2D titles, as well as the final chapter of the main storyline, based on the interaction between Samus and the race of parasitic creatures known as Metroid.

Do you need to play the other chapters first? - Metroid Dread: what to know before starting to play

The series has never been strongly focused on storytelling, and we are sure that Nintendo will be able to provide a smattering of all the most important details, but it is still very likely that it will not be necessary to have played the previous chapters to be able to enjoy the title. . That said, the old episodes remain very playable to this day (especially Super Metroid), so it may be worth checking out in case you missed them. 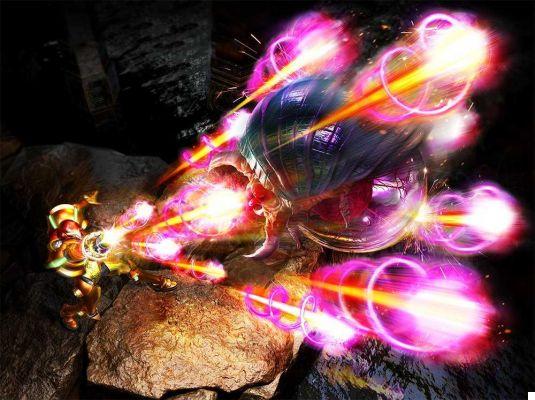 How long has it been in development? - Metroid Dread: what to know before starting to play

The name of Metroid dread has been in the air shortly after the 2002 release of Fusion. Series producer Yoshio Sakamoto has already confirmed how he tried to make it for the Nintendo DS at least twice. After the release of Samus Returns in 2017 by MercurySteam, Nintendo brought the name back into vogue Dread, and gave the green light to the Switch project.

What is the narrative setting? - Metroid Dread: what to know before starting to play

The game marks the return of the bounty hunter Samus Aran. In Fusion the girl had explored a space station, invaded by a multitude of hostile shape-shifting organisms called X Parasite. After resolving this potential catastrophe, the Galactic Federation has unearthed evidence suggesting that the X Parasites survived the destruction, and are now infecting a remote planet known as ZDR. In response, the Federation has sent a team of robots to investigate, but when these units end up vanishing shortly after landing, it's up to Samus to figure out the mystery.

The young woman, in fact, following the events narrated in Fusion, is now immune to the effect of these creatures. Unfortunately, the X Parasites aren't the only threats on ZDR, and the huntress will soon find herself dealing with members of an ancient race, the Chozo, who will attack her and steal her abilities. Upon awakening, Samus will discover that she is deep inside the planet, and will have to make her way to the surface, while having to watch her back from the Federation robots that are hunting her.

What do we know about ZDR? - Metroid Dread: what to know before starting to play

There is very little information on the planet. This remote alien world has a purplish vibe, and is the home of a fanged monster known as the Corpious. The creature has no legs and crawls across the ground by means of two muscular arms, and it can also make itself invisible, so as to attack enemies with a long scorpion tail. In the depths of ZDR lies an area called Artaria, full of rocky outcrops and waterfalls. Another place is Cataris, home to an industrial station used to transport thermal energy obtained from the magma that surrounds it. The extreme heat of this area can damage the equipment of Samus, at least until he gets his Power Suit back.

Will Adam Malkovich return? - Metroid Dread: what to know before starting to play

Long-time fans definitely remember the Commander Adam Malkovich, a "celebrated military genius" who served the Galactic Federation Army. And under his command he operated, in his youth, the same Samus, as reported in Other M. The girl found herself thinking about him often during the Fusion adventure, and even called a computer AI by the name of the general. This artificial intelligence will come back in Dread, but will not give orders to Samus, and will merely perform the function of the information collector of the story.

What are EMMIs? - Metroid Dread: what to know before starting to play

I Galactic Federation’s Extraplanetary Multiform Mobile Identifiers they are ultra-technological robots, created for research purposes, as well as being powerful weapons of destruction. The EMMI they were created for the purpose of extracting DNA from organisms, and are now hunting for Samus throughout ZDR, most likely due to the Metroid DNA the girl possesses. Robots are very difficult to destroy, and therefore Samus can only destroy them by temporarily upgrading his blaster, within specific areas. Alternatively, therefore, it will only be able to avoid them, although this trick is not easy to implement, given that EMMI they can hear her footsteps, and chase her relentlessly.

In the event of a capture, the player will have a small window of time to make a counterattack, which will provide a Samus a chance to escape. In case of failure the girl will be impaled, decreeing the Game Over. The Galactic Federation has sent 7 E.M.M.I. su ZDR, each characterized by a own color and peculiar abilities. For example, green will be able to crawl through narrow passages, yellow will be able to run at high speed, and blue will have the ability to freeze and shatter objects.

What abilities can Samus get? - Metroid Dread: what to know before starting to play

Metroid has always been a series based on exploration, and therefore gradually Samus it will enter the planet ZDR, will come into possession of new weapons and abilities, which will give it access to new areas. A loop, this, which has always been the beating heart of the series, and which will not change in Dread. The girl will be equipped with her basic skills, such as the arm blaster, missiles, grappling hook and morph ball, which will allow her to reach areas out of range. In Samus Returns, the guys at MercurySteam introduced the melee counter, which allows the Slayer to parry enemy attacks, exposing them to brutal counter moves.

A technique that will return in Dread. However, there will also be some new moves, such as a slide able to allow passage through confined spaces, without requiring the transformation into a sphere. Also present new powerful weapons and techniques, among which we find the Phantom Cloak, able to make Samus temporarily invisible. However, these powers will consume a resource called Aeion, introduced in Samus Returns, so we will not be able to abuse it, although unlike the previous game its quantity regenerates over time. Other examples of Aeion-related powers are the Flash Shift, which will allow us to whiz across the screen.

Not all skills, however, will have a cost: for example the Spider Grapple will allow a Samus to climb walls and ceilings marked in blue, similar to the Spider Ball of the previous titles of the saga, although in this case it will not be necessary to transform. Another upgrade, called Storm Missile, will allow us to launch a volley of rockets at various enemies (up to a maximum of 5), once we have hooked them. 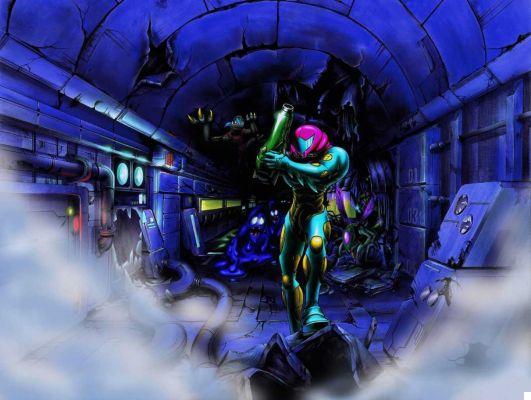 Will the iconic enemies Kraid and Ridley also return? - Metroid Dread: what to know before starting to play

The giant three-eyed reptilian known as Kraid it just seems like that will make his return, but the alien, this time, will appear chained to a wall. There is no news, however, regarding Ridely, but being the Metroid a similar comeback is not to be excluded.

I love spending money: will there be a Special Edition? - Metroid Dread: what to know before starting to play

Nintendo will make one special Edition for the game, containing a metal case, 5 art cards and a 190 page artbook, which will cover all 5 episodes in 2D. The price is set at $ 89,99.

When will Metroid Dread be released?

The game will be available, exclusively for Nintendo Switch, starting tomorrow 8 October.

Are you eager, like us at Holygamerz, to get your hands on the latest adventure of Samus? Let us know your impressions via the comments section, perhaps after having also taken a look at the offers on Instant Gaming.

Metroid Dread: tips and tricks to get started ❯

add a comment of Metroid Dread: what to know before you start playing