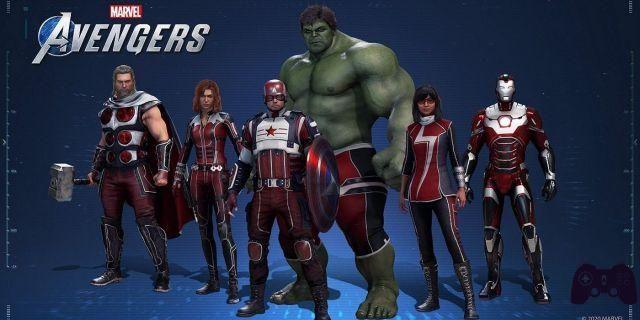 We arrived at the exit of Marvel's Avengers, the new action-adventure title of Crystal Dynamics based on the adventures of the Avengers: today we will see everything you need to know about Iron Man, our favorite tin man.

In fact, you can choose between different characters in the game, and these they will have unique equipment and skills only to them, who will help you during your game sessions, also making them even more personalized (as we like it).

In particular, among the main things that you can customize and that you need to know to get to know a character well, the most important are skill, heroic moves, equipment and equipment talents.

We also remind you that the guide is still being updated, so it may be inaccurate in some places or lack translations. Do not worry! We will fix everything as soon as possible.

Iron Man - Its history and how it works in battle

You are probably all well informed about the story of Tony Stark, the man in the armor who gives the hero his name. From the leader of one of the largest arms manufacturing companies, he will become a philanthropist and will found the Avengers group to fight evil.

This change of perspective will happen after the man goes through an experience where he will be on the brink of death, but which grants him the powers he will use to become a superhero himself.

In particular, a terrible event will happen during the events of Marvel's Avengers, the A-Day, which will lead to the disbandment of the Avengers and that will force Iron Man to seek revenge for what happened. 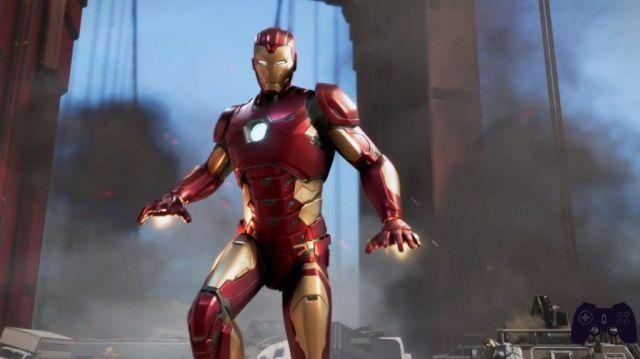 As for the gameplay, Iron Man will have his incredible armor, which allows him to fire powerful laser beams from the hands and the center of the chest.

He can also flit around the battlefield and set him on fire with technological weapons (such as repulsors, missiles and lasers) at the cost of the power of his main energy beam.

All the Heroic Moves of Iron Man

So, it's time to take a closer look at how to play with our tin can. Let's start with the most immediate things, then from his three Heroic Moves, excellent during any moment of the fights.

This ability allows Iron Man to release a burst of energy near you which stuns enemies and provides armor to their teammates who fall under friendly fire. 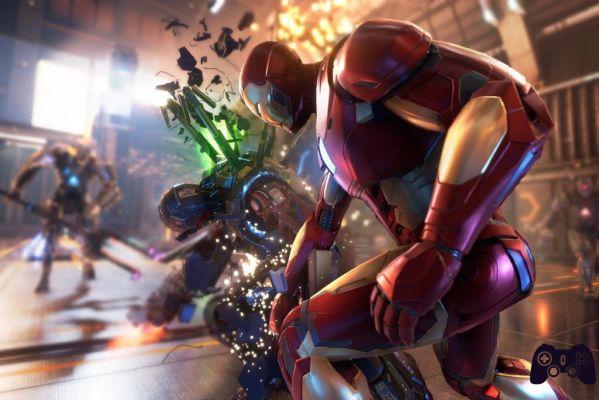 Use this skill when you and your teammates are surrounded to help as much as possible during the fight.

Charging the Arc Reactor on his chest, Iron Man releases the Unirage, a charged energy beam that releases a continuous stream of particles in one direction, greatly damaging enemies that end up in its path. 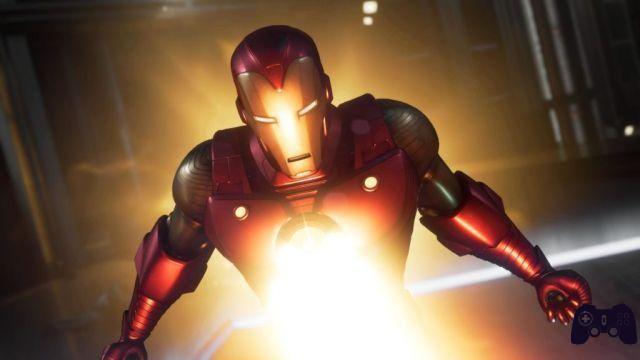 However, it will be quite difficult to move when using this skill, so prepare well before deciding where to use this skill from. For greater damage, wait for the enemies to gather.

This latter ability allows Iron Man to call his own very powerful armor Hulkbuster for a limited time. This greatly enhances the defense and damage, both physical and at a distance, that it can inflict on enemies, so much so as to equal the power of the Hulk himself, to fight which it was initially conceived. 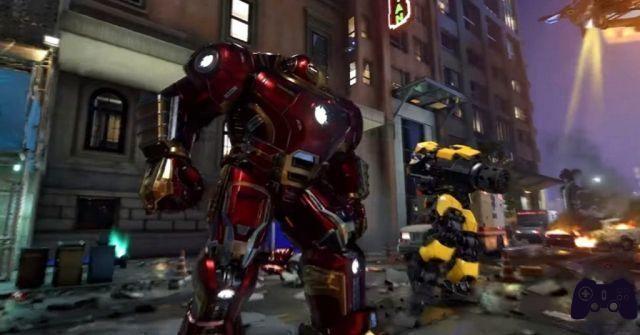 Using the skill will call in front of you some sort of station and interacting with it will put on the armor. All this requires a long time and it leaves you practically vulnerable, so be careful to choose the right time to use it.

The controls of the hero

To control the hero, however, you will have to remember several things. First of all, both on the ground and in the air the light attack button (square on PlayStation 4, for example) will allow you to punch and kick your enemies.


Heavy attacks on the other hand will mainly be ranged beams fired from your hands. To be on the safe side of hitting your friend, I advise you to use, as with any other hero, the button to aim (left bumper - L2 - on PlayStation 4) and the same button you use for the counter to fire targeted shots. These can also be loaded and are very useful in flight. 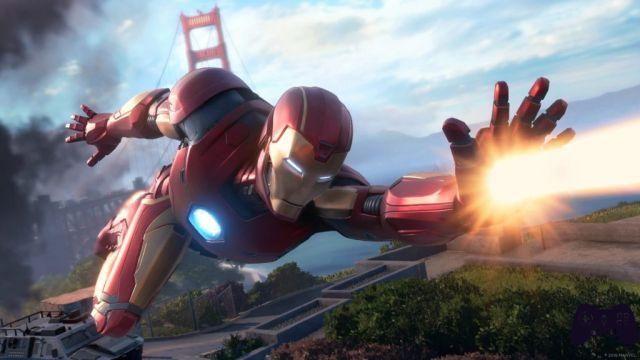 While in the air, you can also use a dedicated button (L3) to switch to flight mode, which will make you go off like a jet in a precise direction and which is very useful for quickly reaching distant places.

In my experience, it can be difficult to remember which key does what, so to use this hero well I recommend that you memorize all these commands. The power of counterattack that Tony Stark can use: it will be a kind of parry that will reflect an incoming enemy attack and is very powerful when used well.

All the skills of Iron Man in Marvel's Avengers

So let's move on to everything our hero can do in combat. Here is one complete list of all skills that Iron Man can learn from his skill tree in Marvel's Avengers.

This is the skill tree that will be available to those who use Iron Man, with all the peculiarities of the skills that you can use while fluttering around the battlefield.

There will also be several to help you equipment which you can equip the character with and which can give you many useful effects to make it easier for you to destroy your enemies.

All equipment and talents from the Iron Man gear 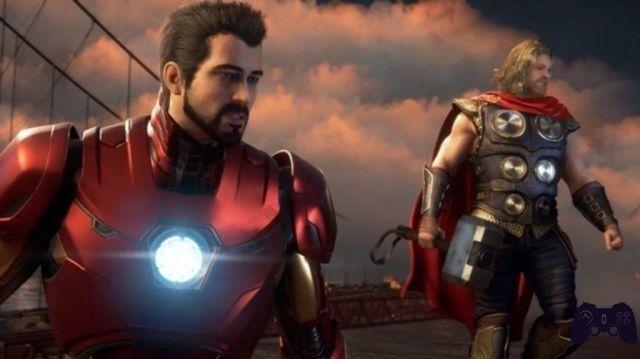 As mentioned in the last paragraph, you can get several pieces of equipment to customize your Iron Man, which will also guarantee you to get some equipment talents, with passive effects very useful in building your own build.

So here is one complete list of all Iron Man gear in Marvel's Avengers.

Instead, let's see the respective equipment talents that you can get with these equipment.

Do you want to be a video game expert and know all the tricks, guides and reviews for your video games ? Holygamerz.com is a group of video game fanatics who want to inform you about the best tricks, guides and tips. We offer you the best information to be a reference in gaming, so here you can find guides, tricks, secrets and tips so you can enjoy your games to the fullest. Are you ready to get all the achievements of that game that you resist so much? Enter now and enjoy your favorite video game to the fullest!
Donkey Kong Country Returns 3D Review ❯

Guides Where to find Haldor the merchant on Valheim

Fortnite: a guide to the extraordinary time challenges of Season 8