Lost Judgment: guide, tips and tricks to get started

Do you want a guide with related tricks and tips to face Lost Judgment on the right foot? We have seven vital tips for you

Now that the second Yakuza spinoff is here, fans of the series who aren't veterans may need some hints: in this guide a Lost Judgment we reunited seven vital tips and tricks to get started properly. The role of Detective Takayuki Yagami will give you the burden (and the honor) to dig deep into a murder case. The heinous crime that took place in the Isezaki Ijincho district of Yokohama stands out for its brutality… just as the game itself could play with you if you go blind. Without further ado, then, here are the seven most important things to know.

Take care (and care) of yourself!

First of the basic tips for any title where the healing tools: not only applies to Lost Judgment, and you hardly need the tricks of a guide to know that it is better to stock abundant immediately. You can find plenty of them at takeaway restaurants or various shops. All of these points of interest are marked with a shopping cart icon. Each business offers so much food that Yagami can gobble in battle for healing, and the general rule is that the most lavish meals are the most suitable. They are also the most expensive, but on the other hand who wants to be knocked down by the enemies?

While the healing cornerstones of the Yakuza series such as [Toughness] and [Stamina] greatly limit the maximum range of tools Yagami can carry, they are often found foods very useful of which you can drive around up to ten units. Therefore, regular food has more or less replaced the drinks in question and can be of incalculable value in the most heated confrontations. Yagami can pause the fight when he wants to eat, and players should do so as soon as health approaches red in battle. The damage can be collected quickly, and the game over is just around the corner. 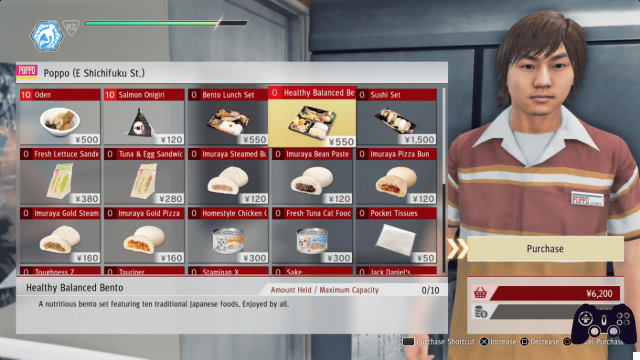 This is a feature of the game, but while we don't need a guide, we doubt that we would mention the fact of as an advice change your fighting style in Lost Judgment it hurts: on the contrary, it is one of the most vital tricks. You have three: styles: crane, tiger and snake. There crane it is mostly used to manage mass clashes. There tiger it's phenomenal against single opponents. Finally, the serpente it is used to play on the defensive (at the same time dispensing blows to those who approach). Alternating them will reward you in more ways than one.

Lost Judgment dispenses several SP (experience) if you defeat enemies with each style in a single fight, and varying ensures you take home the skin. If you are here to dance, then start with the crane and then move on to the snake. When there is only one enemy left, finish it with the tiger. This exercise will also help you understand how you like to fight. Experimenting is vital for improvement, and the game is generous to those who experiment with what the SEGA franchise has to offer. We would be almost tempted to call it a virtuous circle, but in reality we still have other suggestions for you. 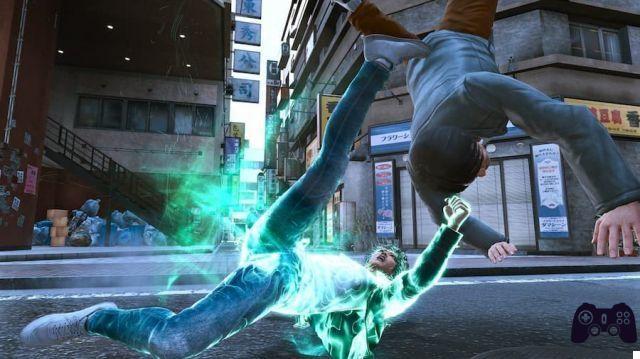 Il skill menu, accessible from Yagami's phone, shows many to choose from. They are not all the same, though, and many of them are more contextual than anything else. It's up to you to figure out which ones to prioritize, but the best choices are health and attack improvements. It is also worth investing in the "Flashing Palm" for the tiger and, finally, in the "Agonizing Strike" and "Overwhelming Parry" for the snake. They will all prove useful skills in combat. Also, however generous the SP game is after each battle, the "Battle Bonus" upgrades are essential for growing fast.


Disarm and Knock Out the Unarmed - Lost Judgment Guide, Cheats and Tips

At the beginning of Lost Judgment, the enemies in the group will be unarmed, but as the game itself will prove better than our guide, the enemies of Yagami will have weapons with them more and more often (if you are here hunting for tips and tricks after a beating , welcome). If you are in trouble, disarm enemies with snake style. This will give you some SP, so don't worry.

Not all opponents can be disarmed, and some of them will even be able to resist Yagami's attempts to steal their weapons. Instead of disarming them, be evasive with the snake: blocking a blade, as you can guess, still hurts. Also, in battles against a single strong enemy accompanied by weaker ones, blame them first. Focusing on just one target is easier, compared to the continuous blows in the back dispensed by the various lackeys of the case. 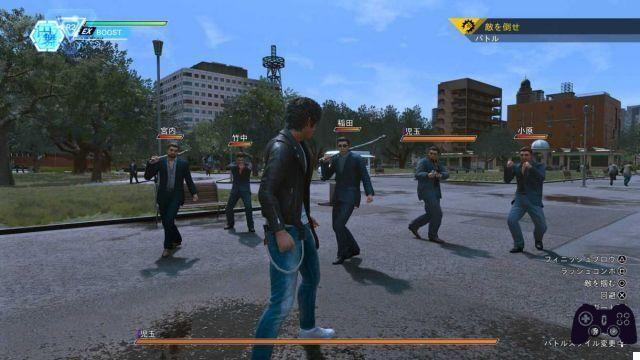 Take it easy and play the minigames - Guide, Cheats and Tips for Lost Judgment

There are plenty of things to do, and sometimes the weight of the plot makes itself felt. For this, the game in general will let Yagami run around freely in order to allow the player to engage in side quests (we'll get to that) or minigames. Spending time exploring Isezaki Ijincho and Kamurocho is beneficial, and almost anything can bring the player tools, SPs, and money.

You don't have to do everything at once, but any side activity helps unlock tools that the rest of the game can be made much easier with. There's also content that the main quest doesn't unlock or even mention, so exploring is also a great way to discover everything the game has to offer. 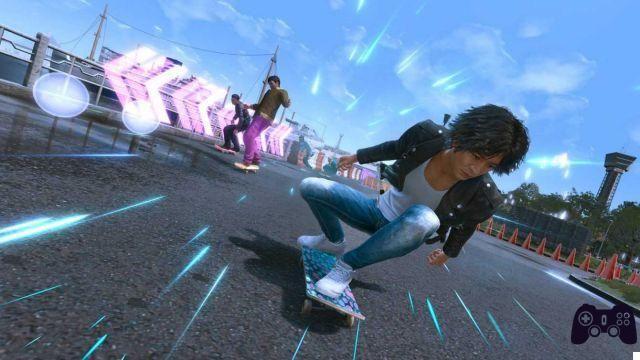 Not Everything Unlocks On The Fly - Guide, Cheats And Tips For Lost Judgment

We said it a little while ago, we said it yesterday with Kena, and we say it now too: there are occasions when Lost Judgment puts Yagami in front of something inaccessible, and there are no guides, tips or tricks to keep. You will have to do some backtracking from time to time as several things unlock with a quest later and sometimes the game doesn't specify where something is, or what its function is. Proceed with the main adventure or side quests. Much of the content is hidden and takes time, so give the game what it asks for!

Side quests in spades

We close the circle with the side quests. The storyline will give you a lot of in-game money, it's true, but the many side quests give even more. For example, as soon as the side quest of the same name unlocks the Paradise VR minigame, you'll find that it will enrich you after just two games. There is no shortage of places to spend money, but beefing up your wallet with side quests isn't just easy - it's also fun, showing off the humor of the Yakuza series at the top of its form.

Do you want to be a video game expert and know all the tricks, guides and reviews for your video games ? Holygamerz.com is a group of video game fanatics who want to inform you about the best tricks, guides and tips. We offer you the best information to be a reference in gaming, so here you can find guides, tricks, secrets and tips so you can enjoy your games to the fullest. Are you ready to get all the achievements of that game that you resist so much? Enter now and enjoy your favorite video game to the fullest!
Lost Judgment: complete trophy list revealed! ❯

Fortnite: complete guide to the challenges of week 1 | Season 8

Pokémon Sword and Shield: how to catch a very strong Pokémon in the Wilderness

Add a comment from Lost Judgment: guide, tips and tricks to get started