Crossing the large island that is the backdrop to the adventures of the protagonist, you will find that the world of Immortals is full of pitfalls and dangerous enemies. So let's see together in this guide what are the best weapons of Immortals Fenyx Rising

Immortals Fenyx Rising was released by Ubisoft on December 3rd. The game seems to have garnered positive reviews despite its similarity to other titles. Immortals sees the protagonist travel through a territory divided into 7 macro areas inspired by Greek mythology. The gameplay is inspired to that of Zelda Breath of The Wild and that of Assassin's Creed Odyssey. In the game we will be able to make use of various types of weaponry. By the way, if for each type (sword, ax and bow) we will have the same amount of base damage, each weapon has its own skillset of attacks which makes them more potenti. So let's see what are the best weapons of Immortals Fenyx Rising.

In prologue of the game we will get ours first weapons. It is a sword for light attacks, an ax for heavy attacks and a bow for ranged attacks. Every weapon we encounter will be one of these typology. All weapons have 2 skill, the first is always activated when the weapon is equipped, the other is activated bringing it up to level 4 by spending theadamantine to the Forge of Hephaestus in Hall of the Gods.

Thanks to these skill some weapons will be more powerful than others and will give you the ability to get a great variety of attack when combined in synergy in the right way. In this guide we will see which are the best weapons of Immortals Fenyx Rising. The simple part is that all of these are in the same areaCalled Valley of the Eternal Spring, and are available as soon as the prologue is over.

Swords have the advantage of attack faster and also fill the stamina bar with each hit. For this it is useful to use them as hedging strategy in case you run out of stamina after ax attacks and using divine powers. The best sword is called Departed Shade. The peculiarity of the latter is to increase the damage for a limited period of six seconds immediately after a perfect dodge. Additionally you get 2 Orb Stamina each Sword Sprint Attack.

Fortunately the sword is easy to obtain, all it takes is to beat the enemies guarding the chest southwest of the Hall of the Gods. Take a look at the map below to locate it. Once again we remember how the Departed Shade is an excellent fallback following heavy attacks with axes and attacks with divine powers, as it causes great damage while filling the stamina. Furthermore, as already mentioned, it's easy to find. 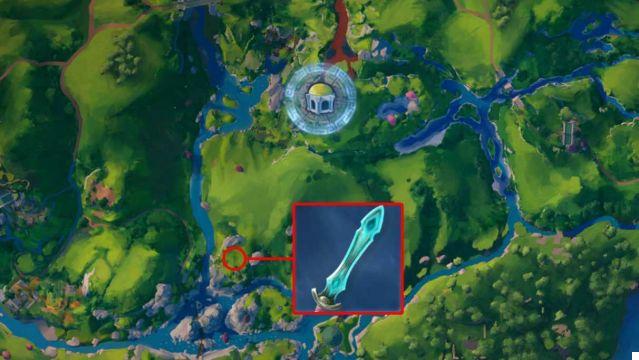 In this guide on how to get the best weapons in Immortals Fenyx Rising the best ax could not be missing. Axes, although they are more lens, cause both more damage, be greater damage from daze, useful against larger enemies and boss. The best is called Forbidden Labrys. Like the Departed Shade, there is an increase in damage for six seconds followed, this time, by one perfect perry. At level 4 increases stun damage with each Counter Attack Axis. This could be said to be the best weapon in the game as Ax Counter Attack is probably there most powerful skill in the game.


If you love and are good with the parry, with this weapon you will probably have victory in your pocket. The ax is always found in the Eternal Spring Valley, in the protected chest on the the east Coast. The latter in turn is close to another Epic and Ambrosia casket which you can collect when reaching the area. To get an indication visual, take a look at the map below. 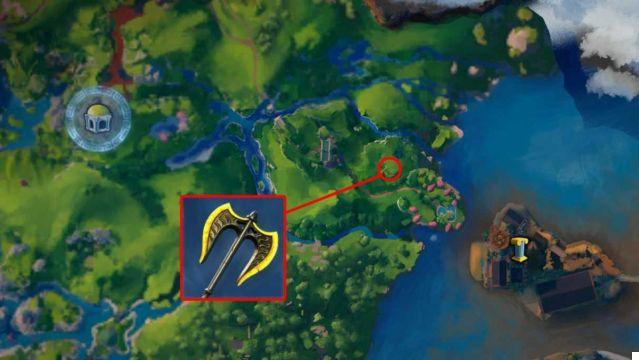 Bows are your asset for attacks on long range. You can hit with three types of attacks, the first light, which is obtained with a quick hit, the second more heavy through a loaded shot and the third is called the Arrow of Apollo. The latter consists of an arrow that we can direct once fired. The strongest bow is called Resistance. The purple bow is capable of increasing Charged Hit Damage, bringing the stun one to 150 and instantly eliminate weaker enemies. At level 4 it is also possible to freeze enemies for five seconds after a headshot.

In short the bow is useful for to interrupt routines of enemies and freeze them, particularly effective against flying enemies. This is the third best weapon in Immortals Fenyx Rising. You can find it near the first one, this time on an islet directly south of the Hall of the Gods. To help you, you can find your way around with the map below. 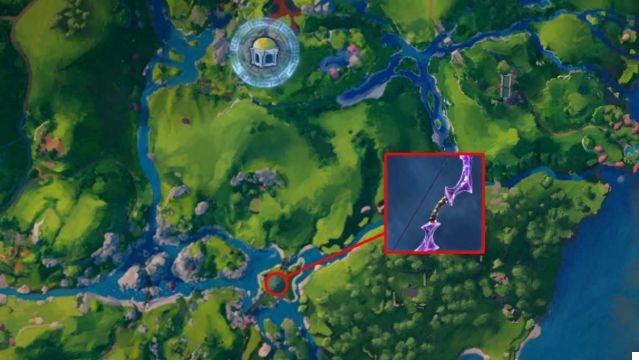 For the sake of completeness we also indicate the place of the better appearance of your Phosphor that you can find out. If you haven't unlocked it yet, just complete the belt from side-quest Blu. This will activate after climbing the statue of Aphrodite from which it will be possible observe the whole valley. Phosphor types are unlocked by defeating the legendary monsters all along the golden island. 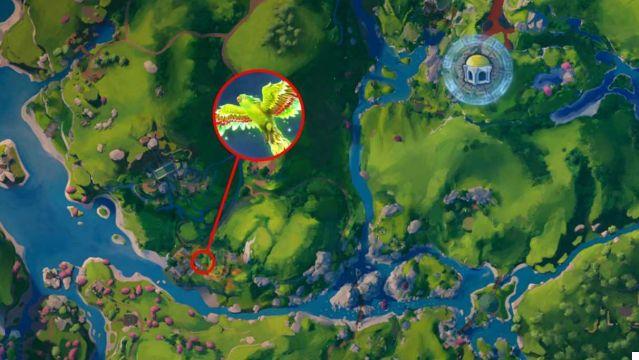 That's it as far as the best weapons in Immortals Fenyx Rising are concerned. We have seen that they are all easy to find as they are all in the same area in the surroundings of the Hall of the Gods. Make good use of it e enjoy yourselves in the mythical world of Fenyx Rising. For further insights on completing the game read our guide on trophies.

Let us know in the comments what do you think of the game. To stay updated on other guides and on the latest news, stay tuned to pages by Holygamerz.

add a comment from Immortals Fenyx Rising: guide to the best weapons