How to use Black Ops Cold War weapons in Warzone

Call of Duty: Black ops cold war has finally arrived and all weaponry and game operators will be available in Warzone. Not everything will change at launch, but the game will be fully integrated with Warzone once the 1 season will start on December 10th. Things will again be balanced and optimized to play well with Warzone's weapon ecosystem, but the weapons will retain most of their main game features and stats. So here we have thought to publish this guide on how to use the weapons of Black Ops Cold War in Warzone. Before proceeding some general outline on Activision's new shooter.

Just today, on the already crowded shelves of physical and virtual stores, the highly anticipated finally appeared new entry in what is arguably the most iconic and popular of the FPS sagas Of all times. We refer clearly to Call of Duty: Balck Ops Cold War. Also this year, despite all the difficulties related to the global pandemic, the shooter phenomenon has not skimped on its annual release by appearing on the shelves at about the same release period that has become a tradition for the saga.

Infinity Ward e Treyarch they have always alternated for the realization of the various chapters, under the usual watchful eye of the publisher Activision. This time it was the second turn to take the field and here we are finally talking about Cold War. It is not a surprise: the intertwining of the title in question moves the steps in that cloud of crushing tension that constituted the atmosphere of the early eighties, when Russia and the United States they were one step away from aiming guns at each other.


The campaign will therefore follow the complex events ofCIA officer Russell Adler. The latter is grappling with research on an alleged Soviet spy, Perseus, whose declared objective is to subvert the political order of the stars and stripes federation and direct all the delicate balance of power in favor of the USSR. In the game you will find yourself moving between East Berlin, Vietnam, Turkey and the headquarters of the Soviet KGB. You can create your own custom character for the campaign, codenamed Bell. There will be various options for different skin tones, ethnic origins and genders, as well as different personality traits which will provide in-game perks. The campaign will have more final, depending on your choices.

In addition to the campaign, the Multiplayer to which we are accustomed and which, over time, have made the fortune of the series becoming its real flagship. So here we will find ourselves engaging in clashes in 6v6 (for now the confirmed maps are few) e 12v12. The game will also introduce a new game mode called "fireteam". This can support up to 40 players.

The famous Zombies modes and full support for Warzone. In short, also considering that it will be the first CoD on PS5 and Xbox Series X, the conditions to make a bang and see something very tempting are all there. We have tested the game for you in preview in the past few days and the general impression has been positive. Let's see now how to use the Black Ops Cold War weapons in Warzone. 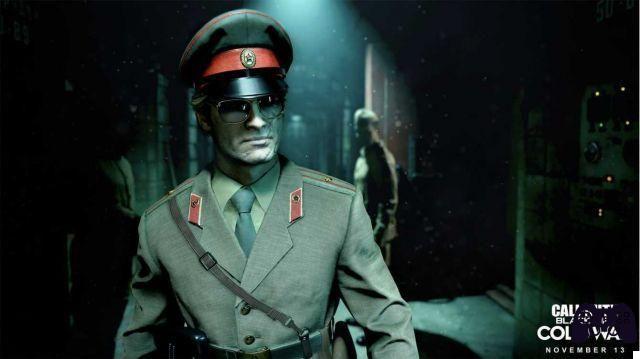 Call of Duty: Black Ops Cold War weapons will be available in Warzone starting from 10th December. This date corresponds to the beginning of the first season of the new Activision title. The arsenal of Cold War it will be integrated with that of Modern Warfare and both will be available for use in Warzone.

Activision explained how to use Black Ops Cold War weapons in Warzone in a post on his official blog. We therefore bring you the words of the giant of videogame entertainment:

At the start of Season XNUMX, expect all Modern Warfare weapons and new Black Ops Cold War weapons to appear in Warzone. Blueprints and camouflage variants are clearly included. You can then continue to level up the aforementioned weapons both in Warzone and in the game from which they were generated.

Anything you previously unlocked in Black ops cold war and Modern Warfare will be available for use in Warzone after Black Ops Cold War will be fully integrated with Warzone the 10th December. Each weapon will have a logo which indicates the game it came from, which is important considering that different guns appear in both games. This way, you will be able to tell if you are using Modern Wardare's AK-47 or Black Ops Cold War's. You will also be able to level up your weapons and earn weapon XP in Warzone and transfer progress in Modern Warfare e Cold War. 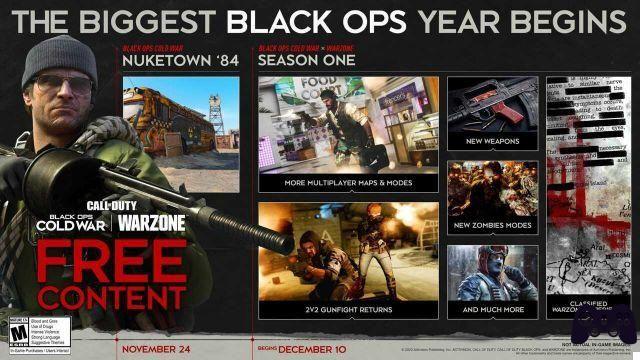 All automatic and cumulative

From what has been said so far it follows that the process will be automatic. When you access the arsenal in each of the games we have told you the progress and available weapons will be implemented and automatically shown in cumulative manner without the need for further proceedings on your part. Call of Duty: Black Ops Cold War is now available on PC, PS4, PS5, Xbox One e Xbox Series X e S. While the weapons will arrive on December 10, the Black Ops Cold War Operators are already available in Call of Duty: Warzone.

Thank you for taking the time to read this guide on how to use Black Ops Cold War weapons in Warzone. We refer you to this other guide on Trophies of the game. Stay tuned to Holygamerz for all the news and curiosities from the gaming world and beyond.