How to fix EpocCam not working on Zoom, Microsoft Teams or Google Meet 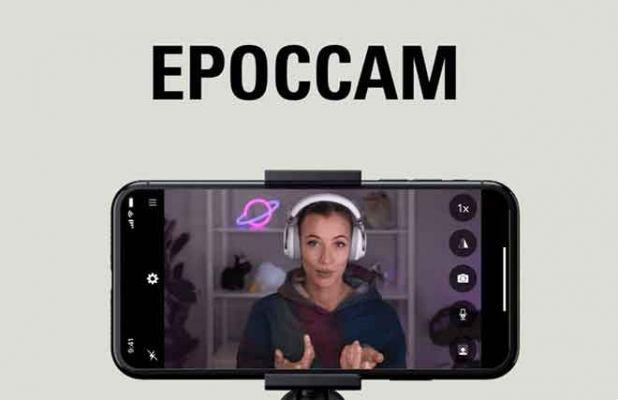 Businesses and IT organizations around the world allow employees to work from home indefinitely or until 2021. Working from home can be a smooth experience when you have essentials like high-speed internet, router, webcam and microphone compatible. However, what if you don't have a webcam? You can use your iPhone or Android as a webcam using apps like EpocCam and iVCam.


Setting up these apps as a webcam is simple, but can be confusing for beginners. We have seen many users try apps like EpocCam and get connection errors due to wrong moves.


Go to Kinoni.com and you will find the macOS and Windows drivers for the app. Download and install them on your device.

After you have downloaded and installed the EpocCam drivers on your desktop, you will need to change the default camera settings to use EpocCam to convert your phone as a webcam to Zoom, Microsoft Teams and Google Meet.


Step 1: open the app on Mac or Windows and tap the Settings icon at the top.

Step 2: go to the video section and change the default camera from FaceTime HD to EpocCam.

Step 3: switch to audio and set default microphone to EpocCam.


After that, whenever you join a meeting on Zoom, the software will use EpocCam and display the feed from the phone's front camera in the meetings.

For Microsoft Teams, open the Teams app on your Mac / PC and tap the profile icon at the top and go to Settings. Go to the Devices menu and select Kinoni Audio Services from the microphone menu. From the same menu, select EpocCam as the default camera on Microsoft Teams.

3. Use the same WiFi network

EpocCam shows the camera feed from phone to laptop. For successful streaming, make sure both your phone and laptop are connected to the same high-speed Wi-Fi network.


I tried to connect my laptop to the phone internet via mobile hotspot and it didn't work as expected. You can also use the USB data cable to connect your phone to your Mac or PC and start the video call using the EpocCam app.

4. Update the app to the latest version

No, I'm not talking about updating the EpocCam viewer app on Mac or PC. You need to keep the Zoom, Microsoft Teams, and Skype apps on the latest version for hassle-free streaming.

I faced the same scenario last week. EpocCam suddenly stopped working with Zoom on my Mac. The EpocCam option disappeared from the zoom settings menu. An app update was available. After, I updated the Zoom app to the latest version, the problem disappeared.

If the EpocCam service still doesn't work for you, you should consider updating the EpocCam drivers to the latest version. As companies are rolling out new video apps, EpocCam is releasing updates to keep the service in sync with these apps.


Follow the steps below to update EpocCam drivers on your Windows laptop.

Step 3: From the Audio In and Out option, you will find the Kinoni microphone which is responsible for using the phone's microphone as the default microphone in video apps. Right-click Kinon Microphone and select Update Driver.

Step 4: scroll down and go to Sound, Video and Game Controllers and update the EpocCam drivers.

Troubleshoot EpocCam on your device

Follow the steps above and you can start using your phone as a webcam with the EpocCam app. While you're at it, let us know which advice solved the EpocCam problem not working for you.

Audio Video How to fix EpocCam not working on Zoom, Microsoft Teams or Google Meet
how to fix “ERR_CONNECTION_REFUSED” in Windows 10 ❯

add a comment of How to fix EpocCam not working on Zoom, Microsoft Teams or Google Meet