Guides How to defeat all Bosses and tips - Cyberpunk 2077 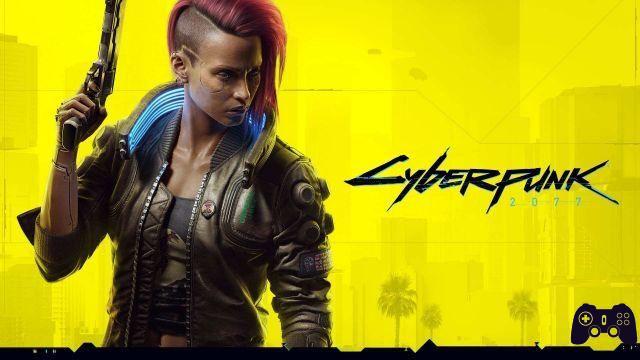 Night City is vast, an RPG big enough to offer us more approaches to all the existing missions, from stealth to Rambo but each approach has a consequence on the mission and on the possibility of meeting the boss or not, but this is a guide on the bosses so off the stealth and let's do the Rambos of the situation by sprinkling the enemies in front of us with lead!

The very first boss we will face will be Royce, the plot boss in the called mission Pickup. It is possible to approach him in two ways if you have called Meredith Stout, otherwise there will be only one way. 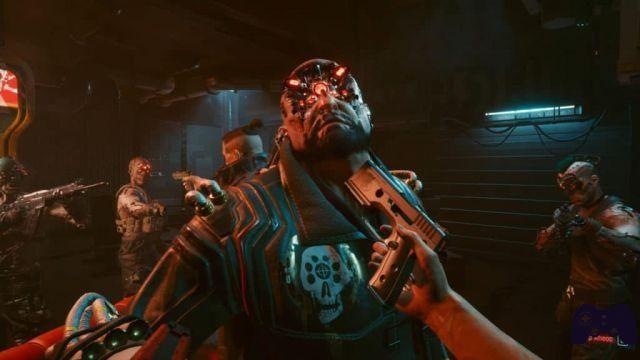 The second boss we will meet is one of the most infamous in terms of plot. Let's talk about Oswald Forrest (also called Woodman), the head of the club named Clouds, found in the mission Automatic Love. As with Royce, there are two approaches with him too, but nothing so demanding. 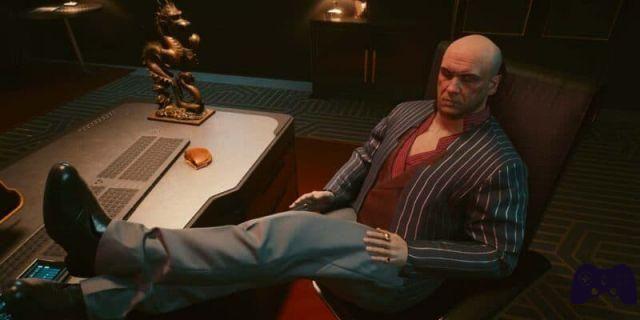 Look at the human scum there.

As the third boss of the game we will find Matilda K. Rose, a hairy with a massive build ready to kill us by coming out the blades. We will find Matilda in the mission Walk the line and we will have no additional approaches but just blowing her head in the best possible way.

Just like Royce, his sweet spot is on his back so you already know where to go. As a boss he is very slow so just dodge to the side and then hit her from behind. Firearms recommended, of course. If her weak point is not destroyed, she will regain life and the battle will be practically endless. 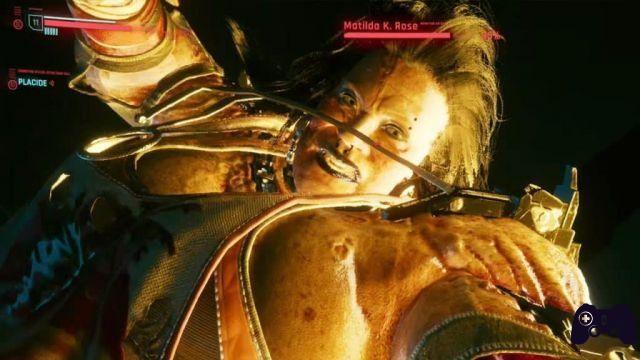 In the eyes only a great desire to kill.

The fourth boss, however, we will find him during the mission Never Fade Away in a flashback of our Johnny Silverhand, it's practically mandatory to find him so he won't be left behind. Nothing to say about him or strategies to use. You have Johnny's revolver in your hands, that weapon is devastating so kill his minions first and then swoop down on him and in a few shots he will go down.

Dunno, I know nothing mixed with anything.

As the fifth boss of the game, however, we will find Placide in the mission Transmission. Very, very dangerous at close range as he carries a shotgun. Here the strategies are two and quite basic: either you hit it with a katana turning around in the Dark Souls or you take advantage of the shotgun factor and use a long-range weapon (my advice, in this case, is a sniper rifle technology) by shooting him in the head. It will fall, one way or another. 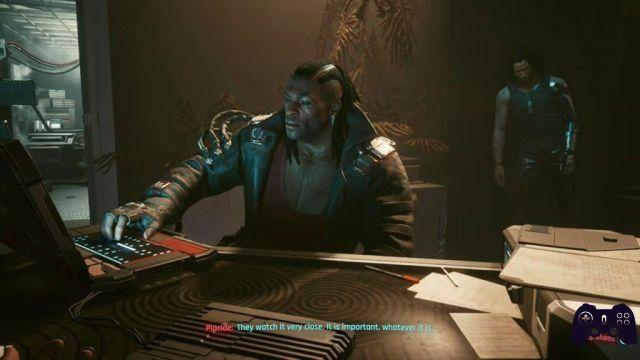 After the boss fight that head will be gone.

Here, here the flaws begin. The penultimate boss of the game will be Sandayu Oda, a real monster with a fairly varied range of moves, we will find him in the mission Play It Safe. Cyberpunk 2077's Darth Vader mainly uses mantis blades as a weapon, alternating after a certain amount of damage to projectile weapons, so watch out for melee.


The strategy to beat him is quite simple: equip yourself with a full arsenal (pistol, automatic rifle and sniper), dodge as much as possible and shoot him in the head when he stops. After a few basic attacks it will start attacking by making a jump attack and watch out for that because it takes away enough health.

Like any self-respecting boss, he too will vary his moveset reaching a certain amount of damage received. He will begin to use an invisibility cloak by totally disappearing from our eyes and from the map to hide and recover health but his prestigious cloak also has flaws: the blue halo. His favorite hiding place is behind one of the many buildings in the area so run around until you spot the famous blue halo and lead discharges.

Little dispassionate advice: stock up on ammunition and objects to recover the lost health because the battle will be long. 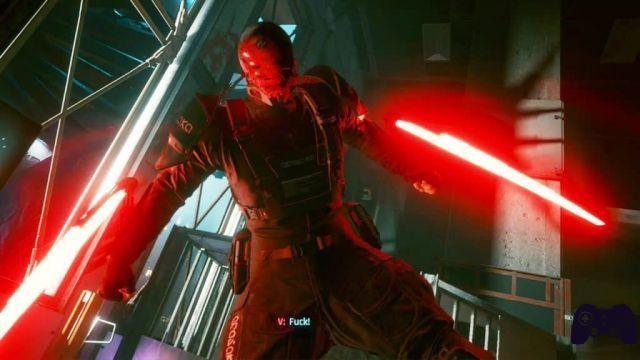 May the force be with you, V-san.

And there he is, finally, the last boss of the game, Adam Smasher. But we imagined it, let's face it. We will be able to find it in two missions based on the path chosen for the ending, Totalimmortal e Belly of the beast.

As we can well remember, Smasher is a war machine, a boulder, a superhuman force but we are in Cyberpunk and everything can be destroyed with blows and iron. As with Oda, bring full equipment.

He too, like our little Darth Vader, will start using melee attacks but we know that he literally has an ace up his sleeve so let's get his right arm off so he doesn't get a torpedo at any moment. But hey, it's Adam Smasher, we will take a torpedo anyway as the big tin guy has a rocket launcher on his back (wtf man) and this results in just dodging quite often but at the same time shooting him in the head when he loads the rocket launcher .

Could it end here? Obviously not, nothing is that simple so here he is to be a necromancer and literally create some ninja minions that he will throw at us (this less literally, minions are sentient anyway). At this point, once the arm is broken, let's also focus on the rocket launcher behind and, once that is also broken, it will remain practically defenseless so if we want we can also take it out of pughi, just to take an extra victory. 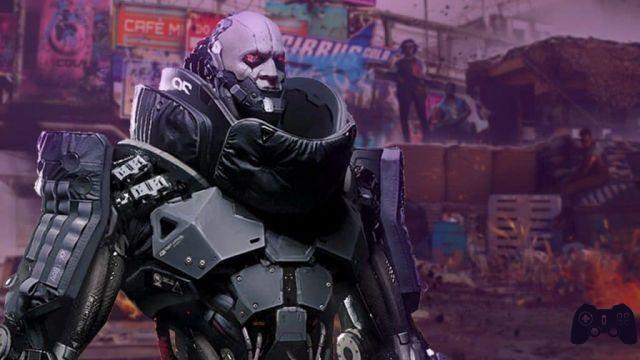 After the discharge of beating it could become a nice TV arm.
Do you want to be a video game expert and know all the tricks, guides and reviews for your video games ? Holygamerz.com is a group of video game fanatics who want to inform you about the best tricks, guides and tips. We offer you the best information to be a reference in gaming, so here you can find guides, tricks, secrets and tips so you can enjoy your games to the fullest. Are you ready to get all the achievements of that game that you resist so much? Enter now and enjoy your favorite video game to the fullest!
News DiRT 5 inaugurates off-road races ❯

Fortnite Season 10: changed the functioning of the challenges

Fortnite Season 2: a leak reveals some challenges of week 7 and 8