Guide to the fourth act of Middle-earth: Shadow of War

The fourth act of Middle-earth: Shadow of War has caused a lot of discussion in recent weeks. Reason why we too have decided to spend a few words on it. A little late compared to the others, because we not only wanted to finish the title but we also wanted to fully understand its dynamics and functioning. We have raised our Talion to the maximum level and unlocked all missions in the game

In this small guide you will find some tips for get to the secret ending easily and I'll give you my honest gamer opinion on the conclusion of Middle-earth: Shadow of War.

I state that I liked the title, but this so particular end game repeatedly made me turn up my nose. 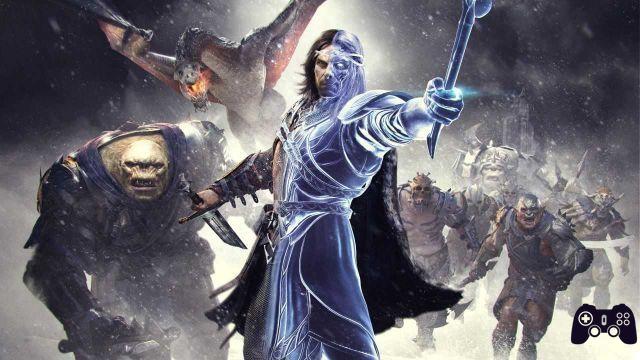 This is the first critical point. Middle-earth: Shadow of War provides the "dynamics" of microtransactions throughout the course of the game.

Until the third act, however, the player's desire to "shoppare" is practically zero: you don't get a real advantage. Indeed, you risk spending money for nothing! This is because in my opinion the idea of ​​inserting micro-transactions seems to have been realized at an advanced stage in the development of the game: you can easily find everything you need simply by playing. Often you even have much more than you need! Of course you have to play wisely to avoid having to waste time ... but this must be done in every self-respecting title.

Everything changes in the last phase of the game. The reality is that microtransactions become appetizing at the end of the game for save time. However, you can finish the game without falling into this uneconomic "vortex". Let's see how! But first maybe it's better to talk about the character evolution system and the orc hierarchy. 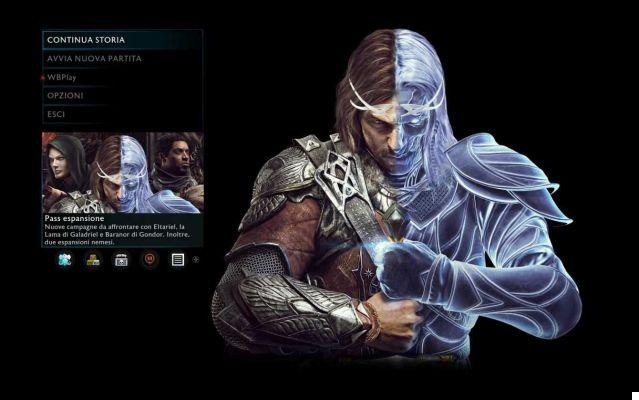 Nemesis: a simple system but with many facets

The beauty of sistema Nemesis of Middle-earth: The Shadow of War lies in the intertwining of our character and the hierarchies of the orcs. In fact, a lot depends on us ... but up to a certain point.

This is due precisely to the system of character development. Our Talion can in fact "evolve" under different points of view:

Level and skill increase as missions are completed. Level affects the maximum level of collected items. Gems, on the other hand, can be "crafted". To have a better gem you need 3 “lower level” gems. These act directly, with percentages, on the characteristics of the equipment. 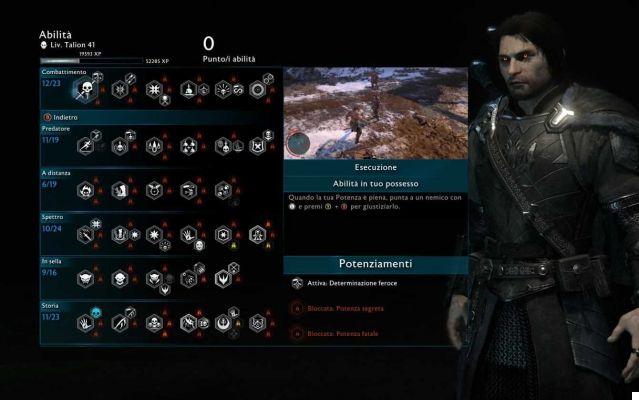 The orcs, and their evolutionary system instead follows another logic ... always linked to our level:

This is why the player in forming his army will not only have to look at the level but also at the characteristics of his orcs: a heterogeneous army is better than one made up of captains of similar characters. In addition, the captains bought from the market have the same level as that of the player.

To level up the captains you will have to make them fight in the "pits" against other orcs. In this way it will be possible to gradually strengthen the army. This is always if the player's level is high enough! Because it is NOT possible to have captains of a higher level than that of our character! So it will be very important to always have a character of the right level! Especially in the fourth and final act of the game! But how to always keep a high enough level?

By completing all the story missions!


The main story missions on the other hand guarantee more or less one level up per mission. This leads us to always have an adequate level. In doing so, we find ourselves at the beginning of the third act with a level around 40 ° (the maximum I remember being 60), which will later become around 45 ° when we start the last act.

Without having completed the missions of the plot we will find ourselves hopelessly below this threshold. Which will lead us to have a lot of difficulty in the third act and to have a lot of problems in the fourth act! This because the fourth act revolves a lot around sieges. Each siege has numerical characteristics at the base of which the main one is the level of the siege itself. But what does this mean for practical purposes? 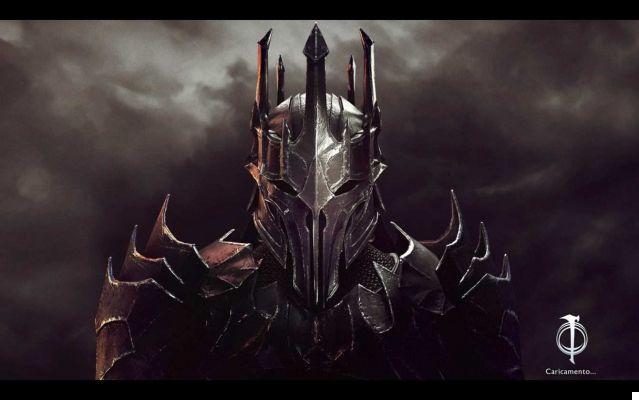 You must have a fortress and / or siege force of an adequate level at all times!

Middle-earth: Shadow of War features a complex system of sieges and fortresses. These are mainly based on a numerical parameter: the strength of the forces in question schematized as a "level". This level is determined by:

Now, our level is important because it affects virtually all the numerical characteristics of the siege system. Having too low a level means having low level captains, not being able to have all the maximum number of captains and not being able to take bonuses from the army because implicitly you do not have the "money" of the game currency to take the bonuses having not completed the missions. Here, the player arrived unprepared for the fourth act, he would be led to "shoppare" and buy crates. In this way he would have all the captains of level equal to that of his character without going through the pits, enough coin to take the bonuses and would compensate the lower level of the levels of the captains with their "rarity" and therefore strength. The player who arrives here prepared will only have to waste a little time, from time to time, to have the captains of level aligned with his thanks to the pits.

A little tip: pay attention to the choice of the regent! The regent will be the most important figure in your fortress and must have not only a high level but also good bonus / malus characteristics! 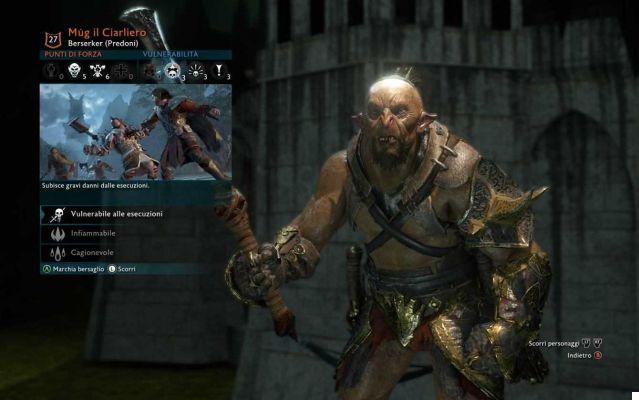 The player will always make a difference, even in the fourth act

A very experienced player, however, can always make a difference. In fact, the player alone could cope with the whole assault as long as he really has an incredible skill: he could concentrate on defending a single point and then take out all the enemies alone. Difficult but feasible operation.

Another strategy to adopt is that of deliberately losing the fortress and then regaining it later. However, this strategy is convenient only if our level is sufficient to be able to recruit enemy captains. Otherwise we would be led to "shoppare". 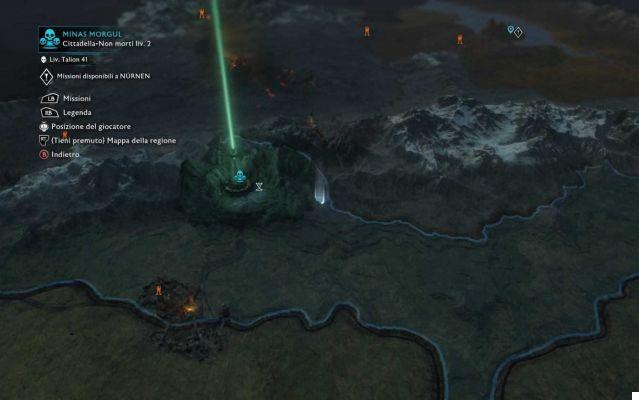 Middle-earth: Shadow of War, how to unlock the secret ending

It's called the "secret ending" but it's actually the true ending of the game. He will start immediately after the end of the fourth act.

The fourth act is consisting of 10 game phases. In each phase there will be a number of sieges to face. By following the advice given here it will be very easy to win all the battles and it will be possible to avoid "shoppare".

Once the title is finished it will be possible to do some “360 degree back tracking” to complete everything. Also you can play online with other players, but it could be a bit frustrating for some ... it's not difficult to run into players who have captains of the highest level and legendary characteristics (evident sign of having spent too many hours on the video game or having "shopped"). It can be a good opportunity for a really demanding challenge that will still have a nice reward!

We also emphasize that a positive side of this last and fourth game act: its duration! We are talking about 20-30 hours of gameplay which are actually a significant added value to the title.

If you want more information on the title, please read our review.

If instead you want to buy it we leave you the link to Amazon.

Crash Bandicoot On The Run: tips and tricks to survive the mad rush

Guides How elements and statuses work on Persona 5 Strikers

Fortnite: where (and how) to find Venom and Carnage

Add a comment from Guide to the fourth act of Middle-earth: Shadow of War