Piccolo didn't really expect to fight a giant ape. In this guide for Dragon Ball Z Kakarot we explain how to beat Gohan ape Oozaru

For those who have followed Dragon Ball since its origins, you will know that the first appearance of the ape takes place in the first series. Goku turned into Oozaru destroying Pilaf's palace in the middle of the desert. Every Saiyan who possesses the tail has the ability to transform into these huge creatures simply by looking at the full moon (almost like a werewolf). Originally the fearsome warriors from space were trained in this type of transformation and knew how to perfectly control themselves, using it to conquer enemy planets. But Goku as a child and Gohan in Z were never trained to use it, so they lose control, sowing terror and destruction.

In Dragon Ball Z, after the fight against Radditz, Gohan is "kidnapped" by Piccolo and trained to become a formidable warrior. However one night during training, Gohan observes the moon and transforms into an out of control ape. Piccolo is therefore in the position of having to beat the young Saiyan and bring the situation back under control. For the Namek it might seem like a desperate situation, but thanks to some tricks he will be able to get away with it. In the video game of Dragon Ball Z Kakarot have perfectly transposed this situation, we will have to beat Gohan in the form of Oozaru monkey taking control of Piccolo. Let's find out how to do it. 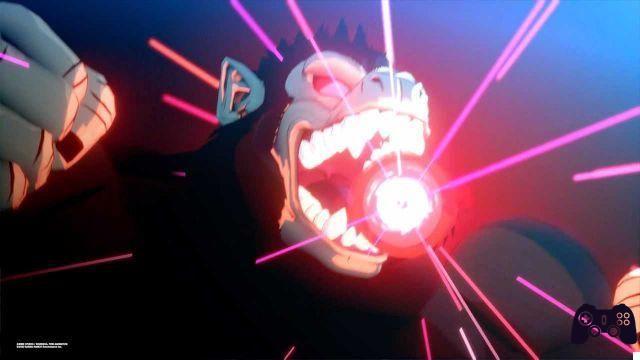 Gohan transformed may look absolutely terrifying to beat, but if you pay attention to the shots we will be able to beat him. Its basic ways of attacking consist of punches blindly thrown e kicks on the fly against us. His techniques to dodge with greater attention are the where from aura launched from the mouth in a random direction and a big blow from above that will try to crush us generating a huge one shock wave. Now is the time to exploit its weaknesses.

Piccolo is a fearsome warrior and after the disappearance of Goku he is also the strongest left on earth, against Gohan Scimmione we will have all his techniques at our disposal. The most effective method of beating it is to attack it closely with kicks e punches, this is in fact the fastest way, albeit risky, as we will be more within reach of his blows. However, Oozaru is very slow which also makes it very easy to dodge. In case you want to take advantage of a safer but slower technique, just attack it from afar and repeatedly with the Waves of Aura. Following these tips beating Gohan should be a breeze. 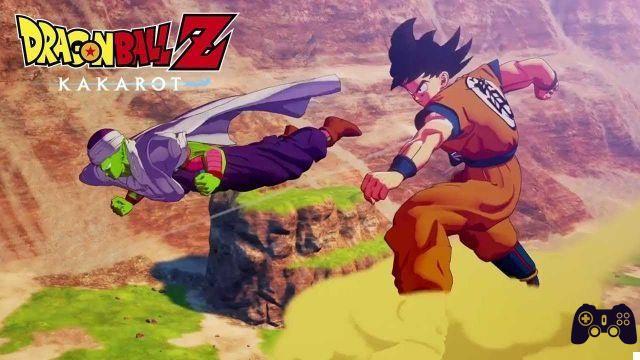 In case you don't know the fate of the battle, we leave it to you to find out how Piccolo will radically solve the problem "Giant monkey" in the next movie. With the advice we've given you, beating Gohan-turned-ape Oozaru in Dragon Ball Z Kakarot shouldn't be too difficult. If you want more advice on how to quickly level up, get Zeni I invite you to head to our guides section. In case you have any doubts or want clarifications, ask us your questions below in the comments. In the meantime, I invite you to keep following us on Holygamerz to stay up to date on the world of video games and technology.