Demon's Souls boss guide: how to beat the Leech

As for difficulty, the new remake di Demon’s Souls it has nothing to envy to the original work of From Software. The game world is infested with fearsome demons and treacherous traps, but the biggest obstacle for most players is i boss. For this reason we have decided to create one Complete guide to Demon's Souls bosses and in this new episode we will explain how to beat the disgusting leech demon.

Let's start our umpteenth guide on how to beat Demon's Souls bosses talking about as usual how to prepare for confrontation with the Leech. This boss is a disgusting cluster of leeches who have gained a collective consciousness thanks to the power of demons. On the surface, an agglomeration of larvae might seem anything but dangerous, but if you are not careful you will pay the consequences.

Due to its soft texture this boss has one very low physical defense, But it is also extremely weak to fire. For this reason, we suggest you use buffs such as the trementina or incendiary spells to maximize damage. Just remember to stock up on spices in case you decide to use magic, as you will most likely waste a lot of mana.

In addition, we also suggest that you bring a lot of them with you healing herbs. The leech doesn't deal very high damage but is capable of applying a malus that will constantly steal HP from you for some time, so to be able to survive it is essential to have enough healing items. 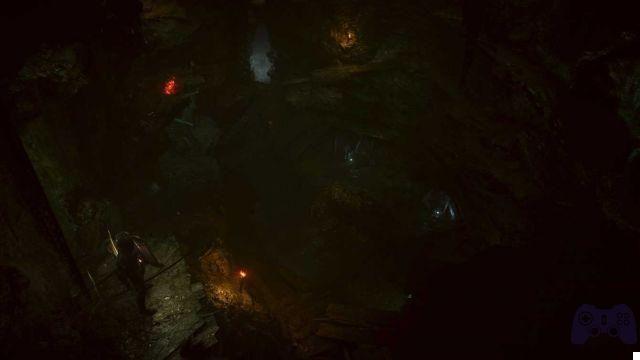 As soon as you pass through the boss fog you will find yourself on the edge of a deep crater filled with sewage. Thanks to several wooden scaffolding you can descend without too much difficulty, but at the bottom of the pool you will find the Leech demon waiting for you. The creature it cannot move a millimeter from the center of the slime, but is able to attack you by throwing large balls of leeches at you. If one of these bullets were to hit you, your PC would suffer the penalty we told you about previously and his movements will be slowed down. Fortunately, if you are on one of the elevated scaffolding it will be quite easy to avoid these hits, as it will be enough for you dodge in the opposite direction to the edge.

Once you get close enough, the boss will start attacking you forming big arms with his leeches. The demon's close fists are quite powerful but also very slow, so you shouldn't have too much trouble avoiding them. If the boss were to get angry he might as well execute a barrage of punches all around him, for this reason it is not very wise to go around it.

Fortunately, since the Leech can't move, you just need to back up enough to be out of harm's way if you need to. Just remember not to disengage for too long, otherwise the demon could regenerate. This boss in fact has a very annoying ability that allows him to recover in a short time about 20% of his maximum life points. 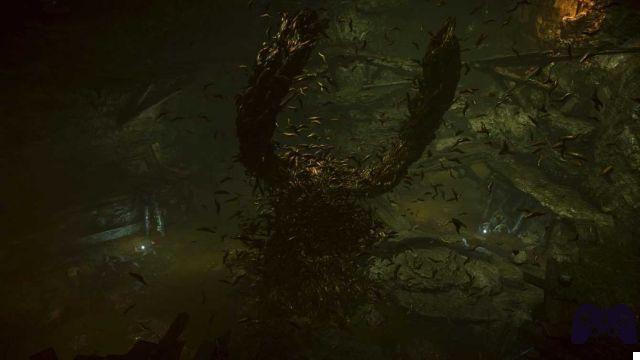 Beating - Demon's Souls boss guide: how to beat the Leech

As we told you before, the Leech is a boss with some very low resistance to physical damage and fire. For this reason, a character who specializes in close combat is able to destroy it in a second with the appropriate equipment.

If you don't have a weapon with the fire attribute, you can simply use turpentine to ignite the physical weapon of your choice. Once this is done, all you have to do is run immediately in the face of the boss and hit him repeatedly with your two-handed weapon. This way you should be able to easily cut the boss's life in half with just one series of hits. Just be careful not to lose too much life to leeches, as many of them will stick to your legs as soon as you step into the water. 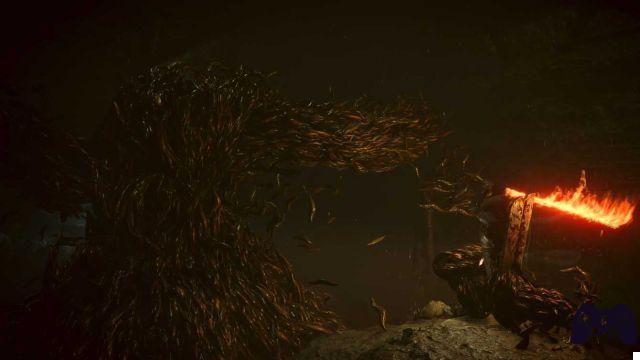 War of attrition - Demon's Souls boss guide: how to beat the Leech

If your character is capable of using incantations this fight will be much simpler, but it could also get much longer. With a wizard, the best way to take out this boss is to stand on one of the scaffolding and bombard the demon with a barrage of fire spells. This process is in theory simple, but you will have to deal with the regenerative abilities of the Leech. In fact if the boss fails to attack you it will begin to use only its healing power, making the fight much longer.

The best way to prevent the demon from healing is to position yourself on a scaffolding not too far away, so he can try to hit you with his bullets. Casting a spell and then avoiding the blow shouldn't be too complex, but if the need arises you could try to find a location from which to attack the Leech without its bullets hitting you. 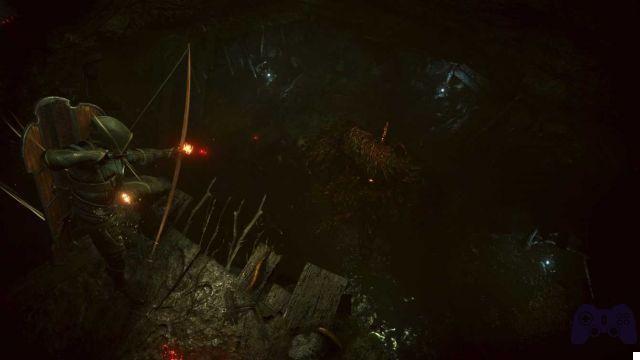 With the help of our article you will certainly have no problem removing this annoying leech infestation. If this guide on how to beat the Leech was useful to you, we recommend you check out the other Demon's Souls boss guides on our site as well:

Demon's Souls boss guide: how to beat the Referee ❯

CTR Back N. Time: what to know about the Grand Prix event!

Tales of Arise: how to remove gear and costumes

Add a comment from Demon's Souls boss guide: how to beat the Leech