RIG
After the opening scene, follow Santos' voice and go to the door on the right, then after meeting the guy go immediately to the left, now quickly run forward and go through the door before it closes, now talk to Gia and then stay close to it and take control of the combat turret.
Destroy all the enemies that will arrive on the screen and then after the dialogue with the girl you will find yourself captured and in a torture chamber, after the scene in which Gia and Santos will kill each other, run away and before leaving, exchange your clip with that Santos and then go to the warehouse.
Continue in the corridor and use the infrared vision to find the explosive that you will destroy with the scanner, continue up the ladder, go up and then go down the corridor and enter the first door on the right.
Enter the hangar and then go to the padlock near the wall, activate the lock and then escape by going behind the crates, when the guard comes towards you, eliminate him, continue behind the crates until you get to the Transfighter, kill everyone and then scan the spacecraft.

QUESTION FOR DIFFICULTY ONE:
Press the vibrating switch and then the other switch, do not touch the on / off button.

QUESTION FOR DIFFICULTY TWO:
Press the switch that vibrates and then the third and the first switch on the left.

QUESTION FOR DIFFICULTY THREE:
Press the switch that vibrates and then press the fourth switch and then the second and first from the left.

In any case you will deactivate the bomb and you can go up, after a while a call from Devlin will come and he will tell you of the arrival of the enemies.

OPEN OCEAN
You will discover that the automatic weapon control does not work, so get yourself at the controls and as soon as you see the ship, destroy the plane on the left, at the end of the mission you will see the largest ship, destroy the fuel depot and beware of enemy fire.

MILITARY ISLANDS
Normal mission start, then towards the end destroy the ammunition depots and when you see the enemy submarine, destroy the missiles it will fire and then be careful: you will only have one chance to take it out.

NORWAY
Stay very low to avoid the enemy radars and then destroy all the anti-aircraft defenses you can, after a while from behind a hill a huge plane will arrive, take it out and then continue destroying all the enemy positions on the ground.

ARCHANGEL PORT Eliminate all the defenses of the port of Archangel, after you have seen the tunnel, you will have to destroy the force field that is at the entrance, it will be about on the other side of the port, but be careful it is very well defended.

FREIGHT TUNNEL
Eliminate as many enemies as possible, a 'single warning, watch out for those with the blue target because they contain fuel and explode easily.

ZUBROVSKA
The next mission will see you opposed to Zubrovska, pass over their airspace and be careful on the radar for the blue signals, they are not the enemies, but your allies, the helicopter you will see is full of petrol, do not destroy it but avoid it, then continue to the refueling area.

ICE CANYONS
You are inside a canyon and there will be a lot of powerful anti-aircraft waiting for you, your weapons will stop, but luckily they will work again when you are faced with two very powerful helicopters, destroy them and then use as many missiles as you can to take down the huge plane at the end. level.

LANDING
When you are close to Cyberia, you will hear Devlin's voice, get off the spaceship, at the intersection go left and arrived in the new area, eliminate the hostile guards, now in order to enter there will be another triple question: You have to scan the switches with the MRI:

QUESTION FOR DIFFICULTY ONE:
Scan the first and third switches from the left

QUESTION FOR DIFFICULTY TWO:
Scan the first, sixth and third switches from the left

QUESTION FOR DIFFICULTY THREE:
Scan the first, sixth and third switches from the left

Keep going and then go right until you reach the air vent, just jump to avoid the blades and then in the next room run as fast as you can or you'll die.
After the engine room, go left and exit.

IN THE BASE
You will find yourself in a long corridor, pass the sign and go to the door on the left, use the F1 key on the lock and you will discover the code: 2571.
In the next corridor go to the door on the right, take out the four enemies and then enter the second door on the right, examine the room and you will find a password on the wall, go through the next door and you will be in the conference room.
Wait for the two people to talk and when they are done, get behind the crates and kill the soldier, go through the room and exit the door at the end, go all the way down the corridor and enter the door on the right.
Go to the computer and enter the password found previously (EINSTEIN), find the files of the new employees on the computer and remember a code of a new employee, exit the room and go back to the other side of the corridor, wait for the elevator to open and then take out the guard, then go to the panel and enter the code above to avoid an explosive death.
After the explosion, go back to the warehouse and go to the chest that hides a door behind you, go up the elevator and you will be on the second floor, head towards the door, as soon as you see a guard, have him follow you and eliminate him on the sidelines , then advance and kill the other.
Go on and without getting noticed pass close to the wall being careful that the guy at the computer does not see you, pass further go right and enter the door immediately to the right, use the computer and ventilate the room in quarantine, exit and kill the guy on the computer which is immediately on the left, entering the room and going behind the crates to protect you.
Go through the duct again, pass the grid on the right and you will find two exits, take the first to get to a room where you can take the red key from the table, go back to the technician room and then advance, open the door on the left and move immediately because there are two guards ready to kill you, go straight to the door on the right.
Now you will have to eliminate the virus that is affecting the three still living crops, save the vaccine, write down the number and exit, go through the door with the dead guards and enter the laboratory running, pass it and in the new area you will see a dead guy, go on and in the next room use the computer to choose the crop you made healthy.
After you have done everything, go to the disinfection area, a voice will tell you that you are safe, exit to the left and you will be in a new laboratory, use the computer and after the unhappy surprise, press the button in the center and you can use a mega robot , kill every possible enemy with the robot, destroy all the mutants, exit the room and go to the last door on the right.
Use the pump and use F2 to examine, you will have to put the pistons on the line, enter and after yet another unpleasant surprise, pass under that structure that is in the air and you will merge, now go on, watch out for the defenses of the base, arrived at the space station take out the reactor and enjoy the well-deserved ending. 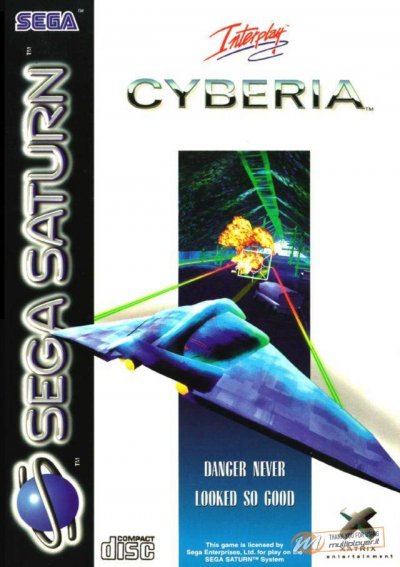