Welcome to the episode summary of our complete guide to all playable characters in the Super Smash Bros. Ultimate cast

In this ours complete guide, we will dedicate ourselves to all characters playable of Super Smash Bros. Ultimate, starting with Mario up to the latest additions of the second Fighters Pass. In each episode we will describe about five or six fighters, however, dividing them according to the chapter of Smash in which they made their debut. What you will find here is a summary aimed at helping you find all the contents of the initial project, or a guide in sixteen different episodes. In appendix in each of them, you will find one general notion which (in part) goes beyond the characters described.

Before we talk about all the characters, let's clarify the core of this complete guide: in Super Smash Bros. Ultimate the task of each player is to throw opponents off the screen, fighting in arenas that mix the genre of the fighting with elements of platformer (X and Y allow you to jump). The A and B keys, used in combination with the various directions, give life to the most disparate moves, as well as the back keys to manage shields, dodges and holds. The game also implements tools that irremediably alter the fate of each encounter, but in this guide we will basically focus only and only on the characters themselves. Increasing the opponent's damage will make him lighter and, therefore, vulnerable. We will repeat this incipit in every episode. 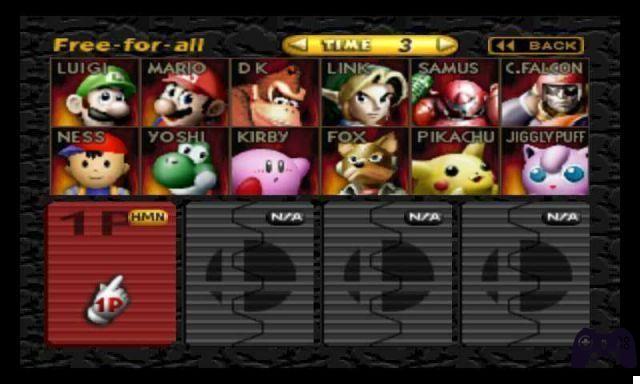 Our first two episodes talk about the twelve rookies seen for the first time on Nintendo 64 with the first Super Smash Bros. We list below how the characters shown above are divided.


Of these twelve characters, the last four mentioned kick off the roster of unlockable characters. In other words, therefore, Ultimate only grants you to use the starting roster of the first game in the series at the first start. From the second episode of the guide onwards, the inputs for the attacks (special and not, but above all special) are abbreviated with directions (if needed) followed by B (or A). 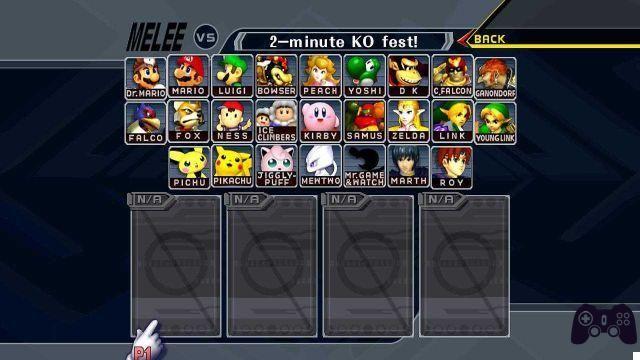 In these three sections of the complete guide we find all the characters seen for the first time in Super Smash Bros. Melee. 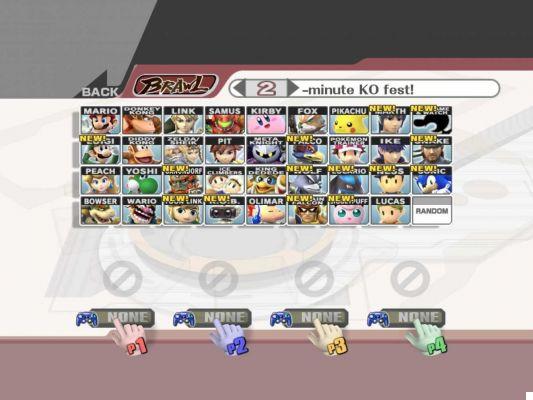 In the sixth, seventh and eighth installments we dedicate ourselves in detail to the characters introduced in the discussed third installment of the series, Super Smash Bros. Brawl. 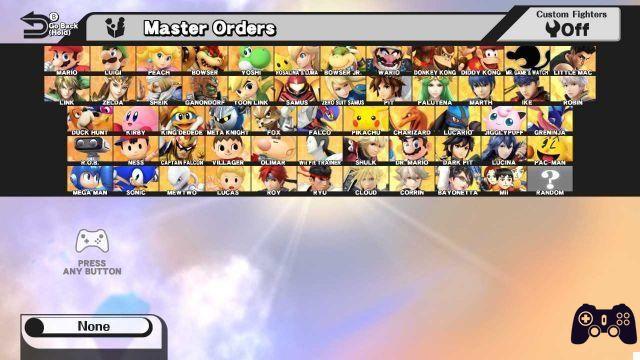 All of the characters featured in these four installments of the complete guide are rookies introduced in Super Smash Bros. for Nintendo 3DS and Wii U, also known as “the fourth Smash”. 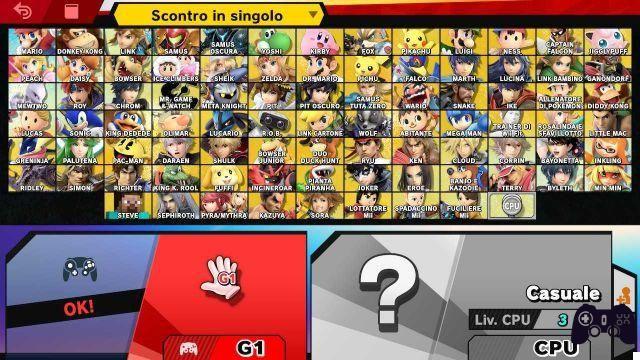 With these last (actually not) four episodes, let's talk about Ultimate rookies and DLC characters. Since the celebratory tournament from which we drew the main illustrations of the first twelve episodes was not yet available, each of the following will have a different artwork.

The original plan was to limit ourselves to the first sixteen episodes, but after a long wait Sora's debut allowed us to publish the seventeenth part of our complete guide to all Super Smash Bros. Ultimate characters dedicated to the three remaining DLC ​​fighters. Incidentally, Pyra / Mythra, Kazuya and Sora were not yet known at the writing of the summary, and we have included the above episode. In addition, there are also other subtleties and as many techniques that we have not yet talked about; We will keep you posted modifying this section of the table of contents with a bulleted list.

The original project is finished: how did you find yourselves? Are there any aspects of the game that you would like us to dedicate a guide to? Please let us know by leaving us a comment below, and don't forget to stay on Holygamerz to not miss any news from the videogame world and beyond.

add a comment of Complete guide to all Super Smash Bros. Ultimate characters