The NES has certainly been home to some of the best games ever, but we try to separate retrogaming from digital junk.

It was the fabulous eighties when, on the console market, the NES bringing with it a roundup of incredible games that would later be "categorized" as i better than retrogaming. Among the most recognizable consoles ever, in Spain there was an advertisement with a very clean-shaven Jovanotti, this Nintendo box has been the home of some of the most iconic series ever. In fact, most of its titles are revived on other consoles and then the other series also reappeared such as, for example, the evergreen Mario Kart or the inevitable Super Smash Bros.

Also don't forget that, both for Nintendo 3DS that for Nintendo Switch, these classics have come back to life in the form of a downloadable product at a practically negligible price. And if you want to experience the feeling of those years, then, we advise you to recover the mini version of this console!

The mud under the pixels: all retrogaming is not gold

Before continuing with our small list, it goes without saying that this is not a ranking, let's make a distinction. Not everything that ended up on this car was a masterpiece as the most violent testify Chiller, the foolish Donkey Kong Jr. Math, the underdeveloped Deadly towers, the equally useless Where's Waldo? or the terrifying Back to the Future. In short, the Atari was not the only one to make bad transpositions of famous films!

On the other hand, the merit of titles such as the immortal should not be forgotten either Tetris, its "variant" Dr. Mario, the strange Wrecking Crew, The first Mario Bros., the inevitable Pac - Man, the space Galaga, the horizontal shooter Gradius, the star blows with the two brothers of Double Dragon, the very difficult Ghosts’ N Goblins and many others who have made the history of this console.


Of course it would have been impossible to take all the titles released for this console and classify them from the most beautiful to the ugliest, also because it would be an overly subjective opinion, given thehuge amount of cartridges which were produced during those years. But no more chatter, let's take our famous rectangular controller and leave for these classicons, discovering the best games in the world of retrogaming and in particular the catalog related to the NES! 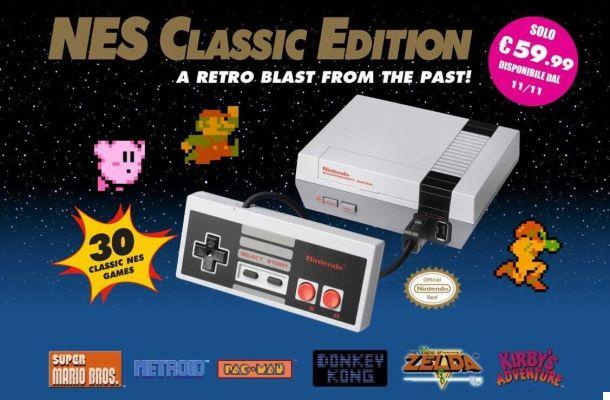 Created by Shigeru Miyamoto, the first Super Mario Bros. arrives on the market in 1985 immediately proving to be a huge commercial success thanks to an innovative and colorful gameplay, a practically iconic character and a soundtrack that never gets old. Half-successful experiment with the second chapter, practically it was Yume Kōjō: Doki Doki Panic, while cheering for Lost Levels and for the third episode which remains one of the most complete and loved by fans. 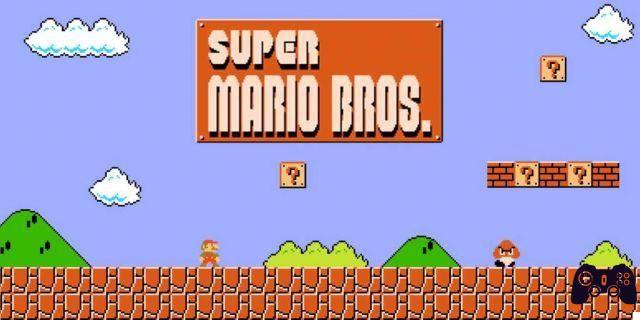 Who said Nintendo only does cute and cuddly things? The first chapter of Metal Gear also published for this console. The plot was slightly different, but still bore the signature of Hideo Kojima as opposed to the next Snake's Revenge. Returning to us, here we are faced with a title of the Konami where we will play as a soldier ready to do anything to defeat waves of enemies, aliens and robots. A sort of "precursor" of Metal Slug if you like. 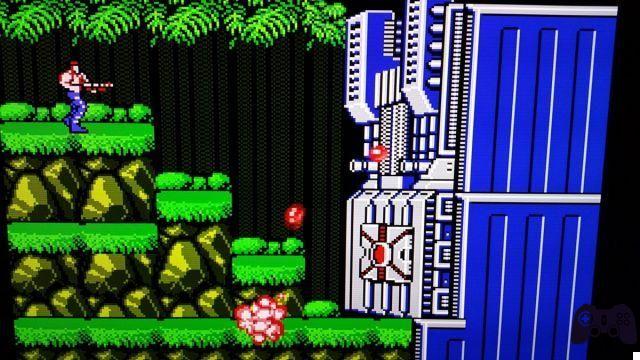 Return theeternal clash between good and evil with the exploits of Simon Belfont, descendant of a lineage of vampire hunters, who will face the fearsome Count Dracula and his infernal armies. Armed with his trusty whip Vampire Slayer, our hero will face all kinds of creatures in a variety of horror-themed environments. A truly unique way to take full advantage of all the console chips along with the sequel Castlevania II: Simon’s Quest. 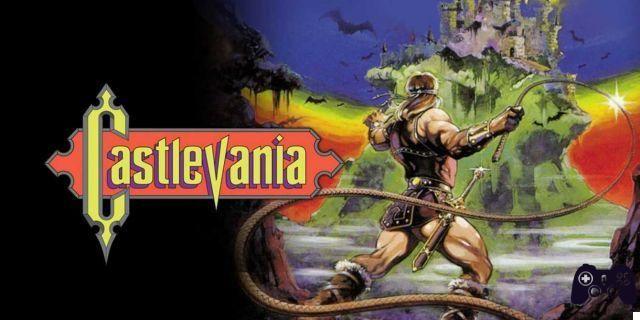 Started as an arcade cabinet, the title was soon converted to home consoles showing a “preview” of two of the main Nintendo mascots with almost inverted parts. Donkey was the villain while Mario, or rather Jumpman, was the hero intent on saving his beloved Pauline before even devoting himself "solely" to Princess Peach. The title will then give its best with the Country series thanks also to the David Wise soundtrack. 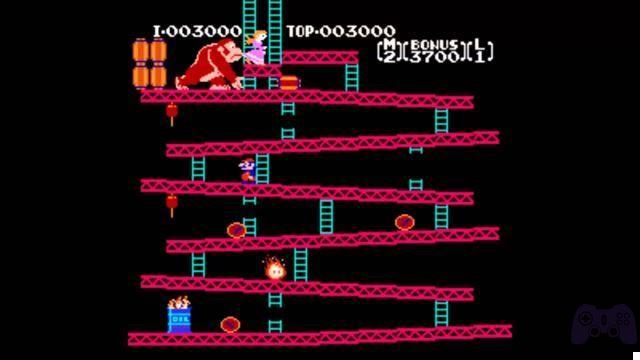 Shoot? Yes, but with one of the most toy guns ever, namely the Zapper! Bundled with the console it was the perfect peripheral for pulling down pixel ducks and getting teased by the dog most hated by video games if you missed the targets. Simple and inevitable, but if you want to test your skills as a gunslinger, then jump on Wild gunman. 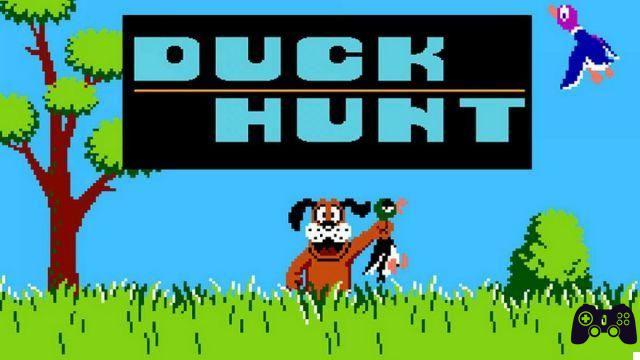 A series that could not miss among the best games for NES and the world of retrogaming, where the iconic protagonist in blue makes us live a thousand futuristic adventures between robots, aliens and other strange creatures. First of all the evil Dr. Wily and his Robot Masters, a task that could be completed even without following a linear trend in the level. A formula that continued, and improved, on our "gray box" until the sixth chapter of 1993 where the SNES was already crazy. 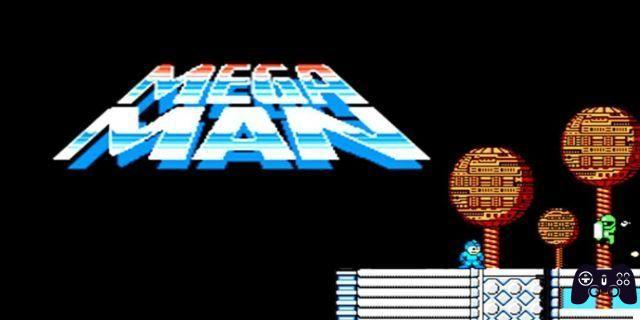 Initially designed for machines such as theApple II, the title then literally spread like wildfire also on MS-DOS, Amiga, Atari ST, TurboGrafx-16, Game Boy, Sega Master System and many others. Set in a medieval Persia, we will impersonate a lonely adventurer who will have to save the beloved princess kidnapped by the evil vizier Jaffar. Arm yourself with a sword and all your courage, let's go to the many rooms of the palace in this classic of retrogaming and one of the best games for the NES. 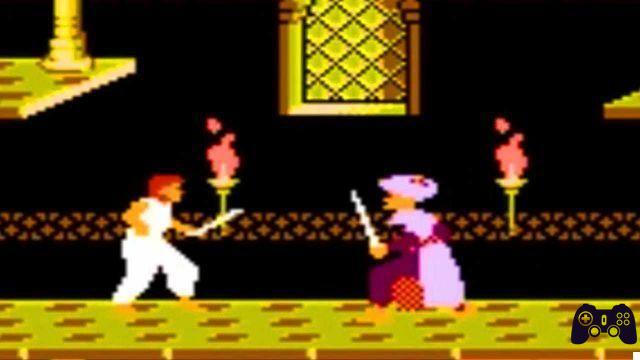 If you liked the big movies like Rocky or the more classic series like Rocky Joe, then, this title is not new to you. Here you will impersonate the young boxer Little Mac who will have to contend with a series of colossal opponents, among them there is also Mike Tyson, while a familiar and mustachioed referee follows the match. The moves available are not so many therefore, what really matters is the speed of action and the uppercut loaded at the right time. 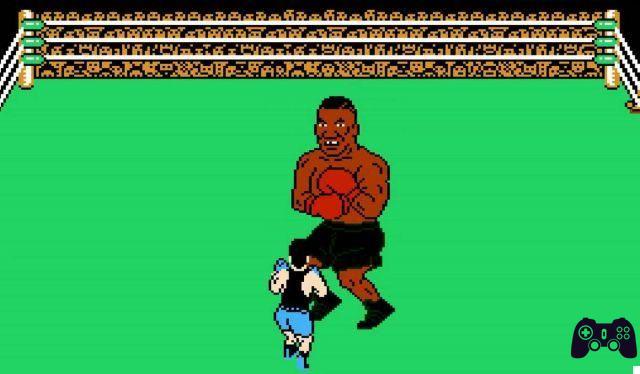 Colorful, fun, crazy, frenetic, which can be terminated in a thousand different ways, all this and much more is the first adventure of Nintendo's pink ball on one of its home consoles after the lucky debut on Game Boy. Here our hero will have to face King Dedede, monarch of the Land of Dreams, who took possession of the Scepter of Stella preventing our hero and all the other inhabitants from dreaming. As if that weren't enough, it has broken into several pieces by giving it to his henchmen, guess who will have to save everyone's dreams? 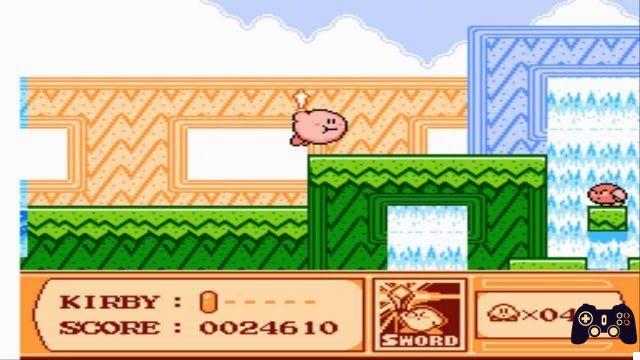 You know what the difficulty term? Well, here you can raise it to maximum power following the exploits of ninja Ryu Hayabusa came all the way to America for avenge the father. Here it will collide with the evil Jaquio, who wants to conquer the world, and his henchmen. Also known as Shadow Warriors, this title will see you engaged in acrobatic jumps, special moves, katanas and shurikens at full blast. If you like martial arts movies, then we also recommend Kung-Fu Master, and ninja now you know what to orient yourself on. 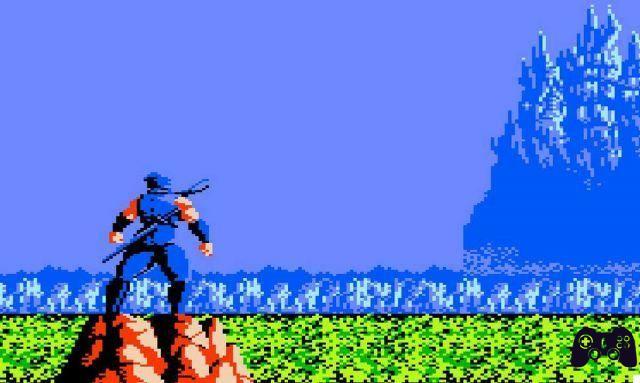 Also known as River City Ransom, the title, one of the cornerstones of the NES catalog and one of the best games in the history of retrogaming, was produced by Techno Japan and, despite an initial indifference, he managed to make his way into the hearts of fans thanks to his light-hearted character. We then take into account that we are talking about the same authors of the Double Dragon chapters and titles like Super Dodge Ball e Downtown Nekketsu Kōshinkyoku Soreyuku Daiundōkai. The story is pretty simple and sees i two protagonists against the whole school and the city to free the girl of one of them. Clear, linear, fun, especially in coop, to try! 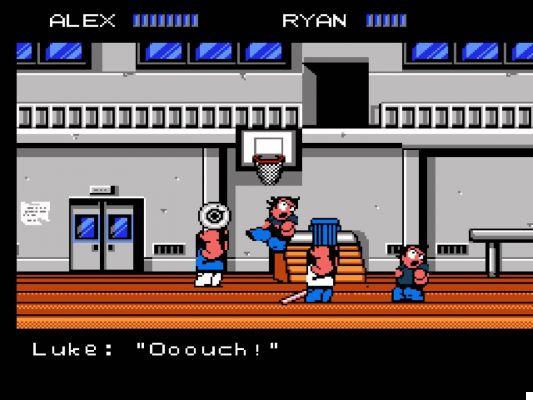 You like i platform with somewhat particular settings, rather curious enemies and with a good dose of difficulty? If your answer is yes, then this is the title for you and anyone who wants to face such a challenge in coop. As the title suggests you will have to climb a very high ice mountain by smashing obstacles with the wooden hammer and defeating the various enemies. Good luck young climbers, you will need it. In case you get your bearings on Mario Bros. 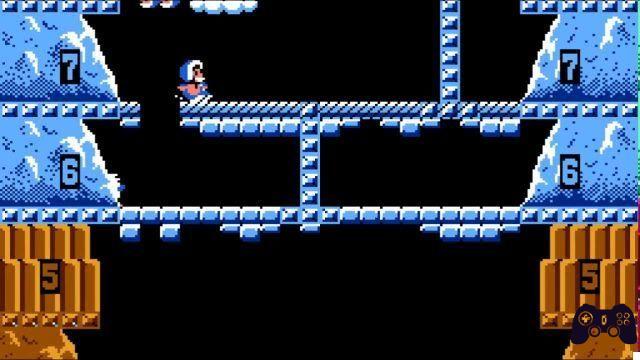 Another inevitable creation of Shigeru Miyamoto, among the most inspired by his own childhood, which broughthigh fantasy on a whole other level. A simple but engaging story and lots of dungeons, enemies and puzzles waiting for our hero Link in search of Princess Zelda. Iconic soundtrack, i first two titles for the Nintendo console will see the light again in the form of Game & Watch later this year. 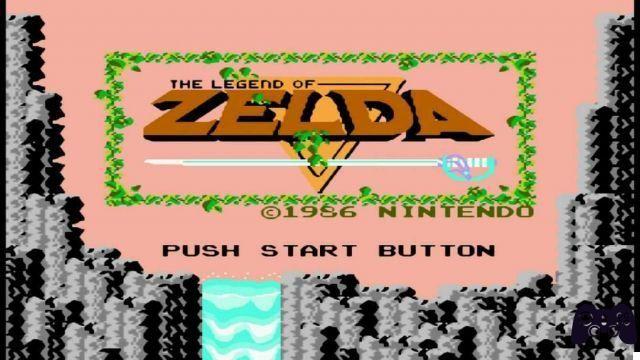 A great space adventure for ours mitica samus which, together with the aforementioned Castlevania, will define the genre of "metroidvania" that are taken up even now. Unfortunately the series it will see its follow-up only from the SNES onwards and, for this console, it was just a "one shot". A highly anticipated new chapter is also coming soon! 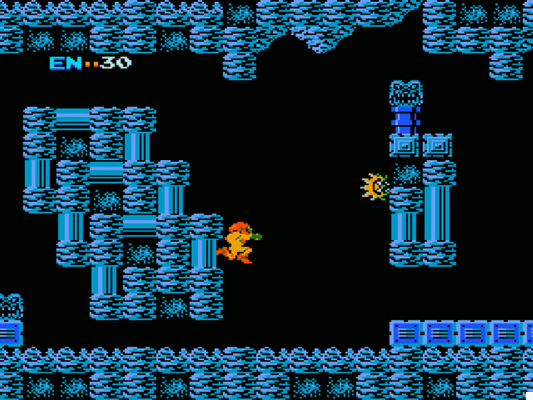 La perfect creature of Hironobu Sakaguchi, his final fantasy, which here comes to life under the notes of the well-known composer Nobuo Uematsu. Milestone of JRPG par excellence, on this console players of the time will be able to see the first two chapters (in 1987 and 1988) and then find everything on the first PlayStation with Final Fantasy VII. 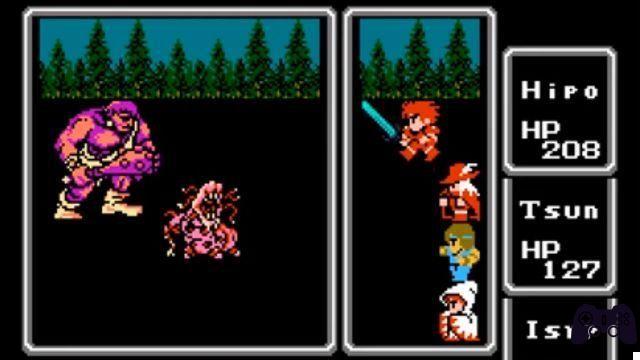 Closing the threads of the speech, these they were just some of the best games for that fantastic console that was the NES, authentic retrogaming gems that still today can be discovered and replayed again and again. In fact, whoever has one Nintendo Switch or 3DS, can still find all of these 8-bit emotions! In any case, for those who want the originals, we always recommend a visit to the main flea markets in search of other pixelated treasures.

Anyway, if you like you too can relive these wonderful adventures at the right price, perhaps readjusted to today's standards, then click here, while, to stay always updated on video games of yesterday and today, we are always waiting for you here on Holygamerz!