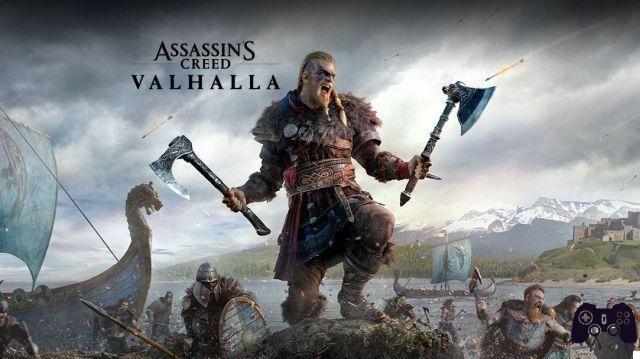 In this guide on Assassin's Creed: Valhalla we will see how to recover the stamina in the new chapter of the saga

The last chapter of the saga is almost upon us and with it comes some small but significant news. In this new title, which will be released tomorrow by the same Ubisoft, we will go explore the Norse universe, discovering the life and mythology that characterized the Vikings. For those approaching the AC saga for the first time, I strongly suggest you read our article which will explain in a few steps what you need to know before approaching the title.

La stamina bar it is only one of the small changes made. Over the years, the simple gameplay that characterized the first few chapters has undergone a notable change. Even if it is not yet at an important level, see Dark Souls, the introduction of the stamina bar increases the combat system. Let's start our guide now and see how to recover stamina in Assassin's Creed: Valhalla.

Here's how to recover stamina in Assassin's Creed: Valhalla

Contrary to what happens in Dark Souls where the stamina was subject to our every action (hit an enemy, take cover with the shield, run ...), here the situation is different. In the title we have two types of attack available: that light and that heavy.

The former will not affect our stamina, although missing an opponent with a light attack will make it imperceptibly diminish. The heavy attack instead will drain all our bar, as it happens for dodging and parrying. We will therefore have to pay close attention to our style of play and try not to get too tired or we will be vulnerable to attacks from our enemies.

However, the situation is not as desperate as one might think. Regaining stamina in Assassin's Creed: Valhalla is very simple. In fact, this will gradually increase by itself, but there is also a second way, much faster and more fun. In fact, all you have to do is hit your enemies with light attacks. The more hits you hit, the more energy you will recover.

The most obvious combat strategy will therefore be to hit with heavy attacks at first and then recharge your gauge with light attacks. However, some opponents will require heavy attacks or parries to break their defense and make them vulnerable. It will therefore be important to study a good strategy to manage stamina wisely and recover it alongside the fight.

That's all for this guide now. If you are curious to know how the new chapter of one of the most important Ubisoft sagas behaved, I invite you to read our review. We remind you that the title will be available tomorrow for PC, PlayStation 4, Xbox One, Xbox Series X and Stadia, mind we will have to wait for the arrival of PlayStation 5 to be able to play it on the new Sony console. In order not to miss further news on the videogame world and future guides on Assassin's Creed: Valhalla, continue to follow the pages of Holygamerz!

Assassin's Creed Valhalla: what to know before starting to play ❯

Super Mario 64: where to find all the Stars in the Labyrinth Cave

Call of Duty Mobile: how to level up fast

Add a comment from Assassin's Creed: Valhalla, how to recover stamina