Among Us: tips and tricks to win as an imposter

Among Us is a lot of fun party game playable by a minimum of 4 players up to a maximum of 10. The game has been available since 2018 but in recent times it has gained a lot of popularity, also thanks to the help of known international streamers.

For the uninitiated, in this title you will play the role of a group of astronauts trapped aboard a broken-down spacecraft. In order to get home, all crew members will have to complete specific tasks to repair the shuttle, but they will also have to deal with the impostor. On board the ship, in fact, one or more enemies are hiding that they will try to eliminate the other astronauts and sabotage the shuttle. These impostors are identical to the other crew members and the only way to eliminate them is to discover them with their hands in the bag and expel them from the ship by voting.

Playing as regular astronauts is a lot of fun, especially if you're playing with friends, but being an imposter is even more fun. Filling this role, however, is not easy at all, given that you will have all the other players against you. To help those who would like to improve their saboteur skills we have decided to write this guide on, in which we will reveal many useful tips and tricks to be able to win many games of Among Us as the impostor.

The role of the impostor

A little while ago we already talked about the role of the imposter in Among Us, but before going on with our tips and tricks we would like to talk to you about all the tools that you can use by dressing them up. First of all, let's start with the most useful and iconic skill of the impostor: the murder. Approaching a crew member you can assassinate him by simply clicking on the Kill button. However, be aware that the kill animation lasts a few seconds and thereafter you will have to wait another 10 seconds (or more, depending on your settings) before you can kill another player.


Another fundamental skill of the impostor is the sabotage. This move will allow you tamper with some systems of the spaceship, causing panic among the players. For example, you have the option of disabling the ship's defensive systems, locking doors or blocking the supply of oxygen. Thanks to sabotage you will have the opportunity to divide your opponents, turning them into easier prey, or even to delete them all in one colo.

The third and final skill you have is also very useful, but it is often almost ignored by many players. This move will enable you to enter the air ducts positioned on the ground to hide from other crew members. 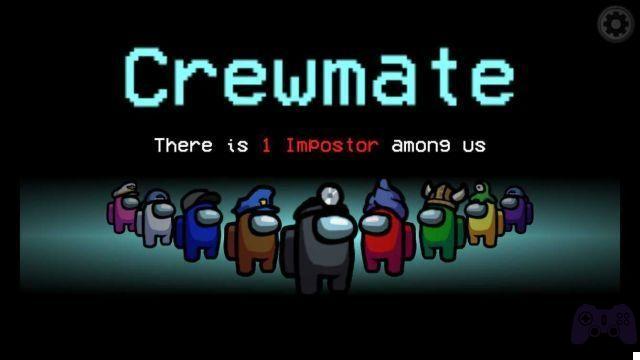 Show Confidence - Among Us: Tips & Tricks To Win As An Imposter

Among Us is a game that relies heavily on communication, that's why we decided to use the first paragraph of our tips and tricks list to talk to the impostor about the ancient art of deception. The other astronauts will only be able to beat you if they can catch you red-handed, but even in this case all is not lost.

If a player tries to accuse you of something, all you have to do is keep calm and deny. In case you have been caught near an air duct you can say that you have seen an imposter in the area. If, on the other hand, you have been accused of having closed a door, you can always try to blame someone else and to say that you were actually trying to prevent it from closing. If you have been accused by only one player then in most cases you should be able to get away with it without too much trouble. 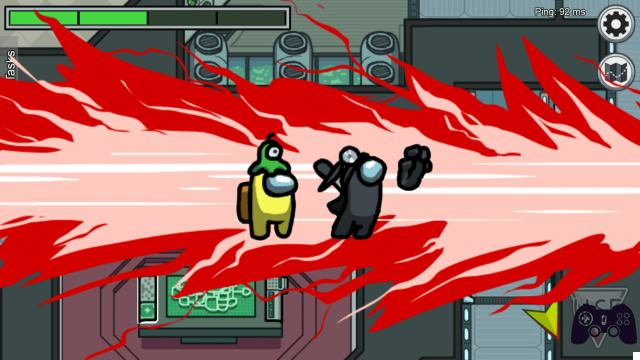 Don't Point Your Finger - Among Us: Tips And Tricks To Win As An Imposter

Other players often tend to look suspiciously at people who always accuse others. For this reason, during the meetings you should try to never point your finger first against someone. Even if someone tries to accuse you directly, you will never have to respond in a contemptuous way, but on the contrary you will have to try to justify yourself calmly and without using another player as a shield.

Hide in plain sight - Among Us: tips and tricks to win as an imposter

The role of the impostor is by no means easy, as every slightest mistake could cost you the entire game. To try to survive as long as possible the best choice is to posing as a normal astronaut and try not to arouse suspicion. The best way to do this is pretending to complete goals, but if you do not do it correctly you will get a far from positive effect.

Some tasks, such as shooting meteorites, pthey have animations that are activated only while a player is playing them. For this reason you will always have to avoid these goalsotherwise it would become very easy for other players to identify you. The only time you are allowed to pretend to complete these goals is if you are hidden in a large group of players, as this will make it harder to blame yourself. 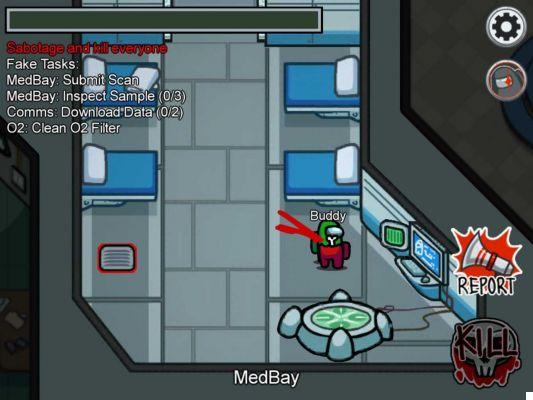 Don't be passive - Among Us: tips and tricks to win as an imposter

Of all the tips and tricks on our list this is certainly one of the most useful, given that in Among Us often the impostor tends to act too passively. In this game, matches can last quite a while, but you don't have to wait for the right opportunity at all costs. Limiting yourself to act only following an opponent's misstep you will never be able to master your role.

Rather than waiting for an astronaut to separate from the group to assassinate him, we suggest you create chaos on the map by sabotaging important and far-flung devices. In this way the players will end up dispersing naturally and you you will have many opportunities to take them out undisturbed. 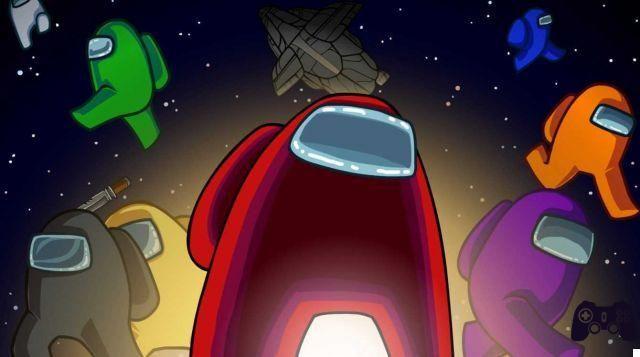 Thanks to this guide you are now aware of all the most important tips and tricks that will allow you to win every game of Among Us as the impostor. Now all you have to do is throw yourself in the middle of a game and put into practice everything you have learned.

Among Us is available now for PC, iOS and Android. If you are interested in staying up to date with all the news on the world of video games and much more, then continue to follow us here on Holygamerz.

Do you want to be a video game expert and know all the tricks, guides and reviews for your video games ? Holygamerz.com is a group of video game fanatics who want to inform you about the best tricks, guides and tips. We offer you the best information to be a reference in gaming, so here you can find guides, tricks, secrets and tips so you can enjoy your games to the fullest. Are you ready to get all the achievements of that game that you resist so much? Enter now and enjoy your favorite video game to the fullest!
Ancestors: The Humankind Odyssey, how to dodge and fight ❯

Animal Crossing: New Horizons, how to make money and Stelline with turnips

Destiny 2: items on sale from Xur from today January 3th

Add a comment from Among Us: tips and tricks to win as an imposter