Ancestors: The Humankind Odyssey, how to dodge and fight

In this guide we will tell you how to dodge and fight in Ancestors: The Humankind Odyssey, so let's get started right away

Ancestors: The Humankind Odyssey is the new game developed by Panache Digital Games, the indie studio led by Patrice Désilets. This is a survival that takes us back 10 million years. Our task will be to be able to make our primates evolve as soon as possible, but the pitfalls present in the settings are too many. In the game it is possible both fight than dodge, but the whole is not explained very well. In this guide, therefore, we will see how to be able to avoid enemies, as well as attack them. 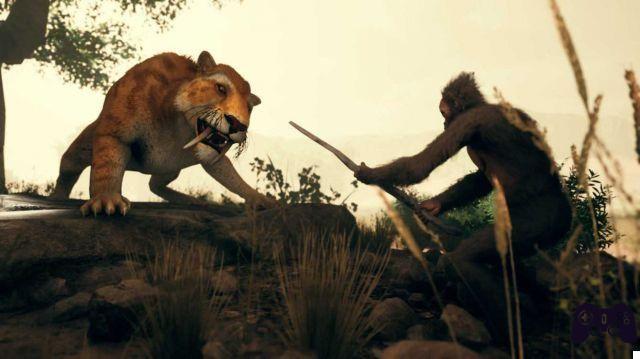 Ancestors: The Humankind Odyssey, how to dodge and fight

Let's start by saying that combat is the basis of the game. Through the latter, often and willingly, the survival of our primates will be determined, so it is important to know how to master it at best. Before starting with the real guide, however, we refer you to our guide that reveals all the tricks to get started in the best way Ancestors: The Humankind Odyssey.

Let's learn the basics of combat

At the beginning of the game, as we recommended in the previous guide, take as many items as possible and inspect them. By doing this you will find that some of these they can be used to attack other species. For example, the twigs can be used as a stick, although the best thing you can do with them is to sharpen them with a stone, so that you have a spear that will pierce the enemies.

One of the best items to attack is there meteoric rock, lethal even against enemies of the caliber of pythons and wild boars. One of the most useful techniques when chased by predators much stronger than you, or simply when you want to avoid combat, is to heading to another predator's territory, so that the two collide, leaving you alone.

One of the most useful skills to learn is the mimicry, useful for teach clan members to collect items and modify them. If every member of the clan (even the puppies) has a weapon, in fact, the chances of intimidating a predator and surviving become greater.

As you intimidate other animals, they will fear you more and more the chances of being attacked will decrease or defeated. First, however, you will have to make your primates defeat their fears, exploring unknown places and becoming familiar. 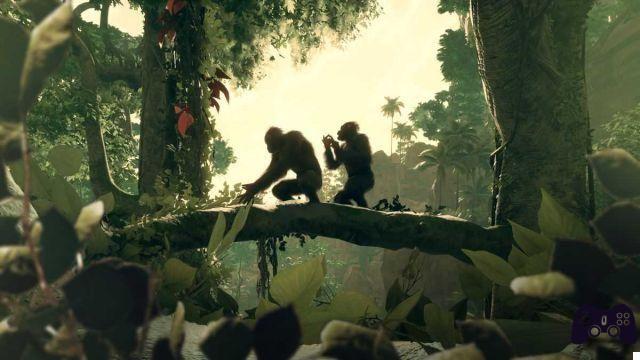 How to dodge and counter attack in Ancestors: The Humankind Odyssey

As we have already mentioned, in Ancestors: The Humankind Odyssey it is possible to both dodge and counterattack. To dodge, just choose the direction and press the "X" key (“A” on Xbox One or spacebar on PC) when listening to the sound that forewarns the enemy attack. To counterattack it will be sufficient to execute the same previous command but having aequipped weapon.


By dodging, counterattacking and fighting you will earn lots of neuronal experience, so this represents one of the best ways to evolve ahead of time. A fundamental aid in combat is represented by thesmell and hearing since, once developed, they will allow you to identify the position of a predator quickly and effectively.

This was the guide on how to dodge and fight in Ancestors: The Humankind Odyssey, was it helpful to you? We remind you that on our site you can find many other guides on a lot of videogames, as well as news, articles and everything related to the videogame world.

Do you want to be a video game expert and know all the tricks, guides and reviews for your video games ? Holygamerz.com is a group of video game fanatics who want to inform you about the best tricks, guides and tips. We offer you the best information to be a reference in gaming, so here you can find guides, tricks, secrets and tips so you can enjoy your games to the fullest. Are you ready to get all the achievements of that game that you resist so much? Enter now and enjoy your favorite video game to the fullest!
Ancestors: The Humankind Odyssey | Beginner's Guide ❯

Guide to the history of Mass Effect, from the dawn to Andromeda

Na'vi or Humans? Whatever your choice, here's how to extricate yourself on Pandora!

Add a comment from Ancestors: The Humankind Odyssey, how to dodge and fight