Skip the levels
After the battle with Troy and Cotton, turn around and you will see 2 Kooluk soldiers defending the steps of the upper dock. Take on one of these soldiers and using a turbo controller start a battle. Turn on the turbo and hold X. Your characters will automatically overcome the battle thanks to the turbo function

To get to the end soon
You can finish the game earlier when you have dived into the bay of the desert island. When you are given the choice to try to leave or stay, you choose to stay. It will take some convincing for your team to surrender, but when the team surrenders you won't be able to leave. All you can do is survival goals. Check out the portraits of your teammates. They have changed!

Get all the Snowe costumes
After obtaining Snowe, it will be possible to obtain the 3 costumes he wore earlier in the game: pirate, noble and knight. For that of a pirate, go to the seas of Iluya, stop near the island and ask Shiramine to cast the net, set sail the ship, but leave it stationary off the island. There will be no random encounters and the network will fill up after about 5-10 minutes, collect the network and check its contents. For that of a noble, repeat the procedure off the Pirate's Cove. For the rider, repeat the same procedure off Razil. For each costume it will take about 30 minutes. To make Snowe wear a different costume, just talk to him (he will be on the deck of the ship) and choose the second option

Win the lottery
This trick works in all lottery stands, but especially in Middleport and the ship. Instead of rotating the right analog stick clockwise, simply move it up and down. You will get a high reward much easier

10.000 HP from the first battle
Before starting to play (new game) press Right 6 times and Left 7 times. The screen will flash white 3 times 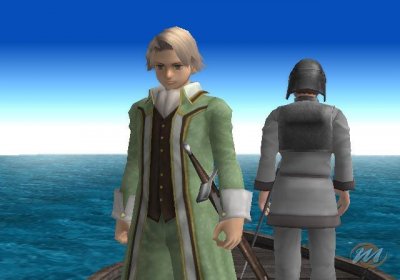 Gears 5: how to use Terminator, Sarah Connor and change characters

Ghost of Tsushima: where to find all armor