In this episode of our Nioh 2 boss guide we will explain how to beat Ryomen Sukuma, the fearsome two-faced Yokai

The last title of the Team Ninja it really is a game very difficult and is able to create problems even for the most prepared gamers. The game's missions are littered with powerful enemies and treacherous traps, but the biggest obstacle for most players is the boss. For this reason we have decided to write one complete guide to bosses in Nioh 2 and in this episode we will explain come battere Ryomen Sukuma, the fearsome two-faced Yokai.

Defend yourself from ice and fire

Ryomen Sukuma is a very powerful creature indeed and beating it will not be easy at all. The recommended level to beat this boss is the85 and we advise you to have reached it before trying to challenge this creature.

Ryomen Sukuma è uno Yokai formato da two creatures united, one capable of using the flames and one capable of exploiting the ice. To cope with these two attributes, we advise you to prepare gods talismans able to increase the defense to these elements. In addition, it may be useful to prepare some talismans of fire and water to exploit its elemental weaknesses, but it will not be strictly necessary. 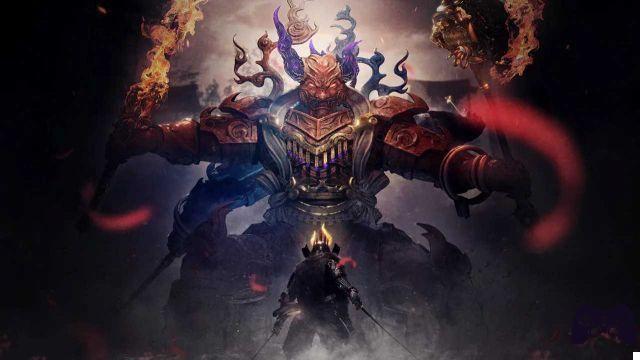 Ryomen Sukuma is able to fight with a different fighting style depending on which of his two sides is facing you. If he attacks you with his red side, will use a lot short-range fire attacks. These attacks can inflict you serious damage, so it is essential to try not to get hit at all. A good way to avoid these hits is to try and dodge for stand on your side of the boss, but in that case you have to beware of his circular area attacks.


If you need to heal you can safely run away and use an item, as most of its attacks are close. The only ranged move he has is a triple fire bullet, but this move is extremely slow and easy to avoid.

Once you enter the Dark Realm the hits of this boss will become more and more incessant and he can even start some multiple attack combo extremely dangerous. Plus at this stage the blue side behind him every now and then he will shoot arrows at you, making the fight even more difficult. At this stage it may be a good idea to wait for it to use a charge or plug to perform the explosive counterattack, as these attacks will be fairly simple to block.

If he attacks you with his blue side, Ryomen Sukuma will mainly use ice ranged attacks very fast and not very powerful. In this case the best approach is in attacking the boss head-on and try to deal as much damage as possible before it changes sides again. But beware of don't let your guard down, because even though he mostly uses ranged attacks he is still capable of hit you closely. More there is a risk that it will suddenly change sides and attack you off guard with a powerful blast of fire.

In Dark Realm the boss's ranged attacks will become even faster than normal and it could be difficult to avoid them all. For this reason we advise you to defend you in case you are too far from the boss and then approach and use the Yokai transformation. In particular the transformation Gross it is very effective against this side of the boss and could give you a great advantage in combat. 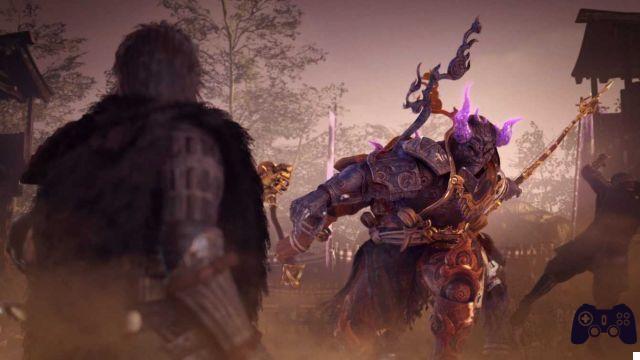 Ryomen Sukuma's arena is very large and simple in appearance, but in reality it has a very unique element: the crystals. These crystals are divided into red and blue, and can be destroyed to temporarily attribute a elemental effect to your weapon. Using these crystals could really increase your chances of winning against this boss, so we suggest you exploit them as much as possible. 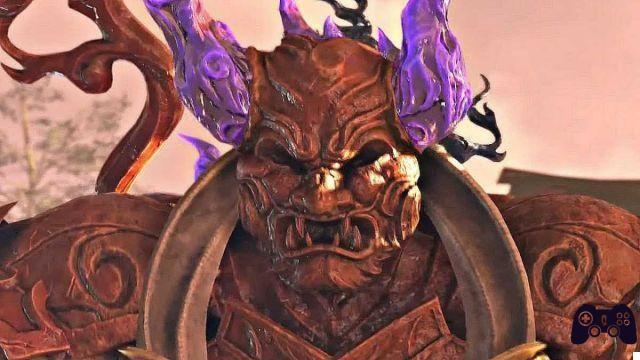 Two birds with one stone

Thanks to this guide, for sure you will have managed to defeat this terrible double-headed Yokai without too many problems. If this guide on how to beat Ryomen Sukuma was useful to you, we recommend you also have a look at the other Nioh 2 boss guides on our site:

Do you want to be a video game expert and know all the tricks, guides and reviews for your video games ? Holygamerz.com is a group of video game fanatics who want to inform you about the best tricks, guides and tips. We offer you the best information to be a reference in gaming, so here you can find guides, tricks, secrets and tips so you can enjoy your games to the fullest. Are you ready to get all the achievements of that game that you resist so much? Enter now and enjoy your favorite video game to the fullest!
Nioh 2 boss guide: how to beat Saika Maigoichi ❯

Destiny 2: items on sale by Xur from April 12th

Wolfenstein: Youngblood, all the codes of the red boxes | Guide

Pokémon: Let's Go! Guide: where to find the Mega Stones

Resident Evil Village: how to survive the Lycan attack

Assassin's Creed Valhalla: how to get opals

Add a comment from Nioh 2 boss guide: how to beat Ryomen Sukuma