We're back once again with Part XNUMX of the Legends of Runeterra Champion Guide, today featuring the best champions of Ionia, fast and elusive as lightning

Today we look at the region of the Ancient Lands of the world of League of Legends: Ionia. After our guide on the best samples of Demacia and Freljord (available here and here), we are back to help you with the third guide. As usual, we would like to remind you that the study and experimentation of cards, feeling and synergies between the mechanics of the game, are in building a winning deck. Our intent, therefore, is to show you the champions of the different regions of the game and their potential to help you choose the right cards without wasting too much time.

We are ready to venture into the archipelago of the Ancient Lands of Ionia and its relative champions. Ionia's cards are suited to a style of play aggro and quick, less "control" of the game as seen with the champions of Freljord and generally based on an early game with high damage thanks to units with "Circumvention" and on numerical superiority thanks to samples such as Zed about Yasuo. But let's go in order.

Ionia is made up of a series of allied provinces scattered across the large archipelago of the Ancient Lands. The culture of this region has been around for a long time shaped by the search for balance, for this reason the boundary between the material and spiritual realms is very permeable, especially in the forests and on the mountains. Although the spells of these lands are capricious and the creatures are dangerous, the Ionians have thrived there for centuries, thanks also to the monasteries of warriors and the militia, which provided sufficient protection. Everything changed when Noxus attacked the Ancient Lands.

The troops of the empire devastated Ionia and were defeated only after many years. Now Ionia lives in precarious peace, the war has divided the region and some groups would like to return to an isolationist pacifism and rural traditions. Other more radical factions are clamoring for a militarization of earth magic to create a single nation united able to take revenge against Noxus. The fate of Ionia is in a delicate balance that hardly anyone dares to touch, but which everyone perceives as precarious.

The champions that belong to Ionia are many within League of Legends, but in Runeterra we find only a few of them: Zed, Shen, Yasuo e Karma. Without going too far, let's discover the best champions of this region! 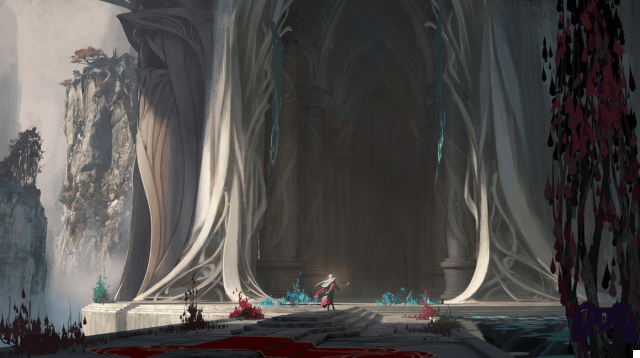 Zed, the master of shadows - Legends of Runeterra: guide to the best champions of Ionia

Ruthless and unstoppable, Zed is the leader of the Order of the Shadow, an organization he created for the purpose of militarizing the magical and martial traditions of Ionia to repel the Noxian invaders. During the war, despair led him to access the secret form of the shadow, a powerful and dangerous evil spirit magic. Zed has mastered these forbidden techniques to destroy anything he considers a threat to his nation or his new order.

While his stats aren't compelling, Zed proves to be a particularly tricky champion to face. Its low mana cost, and being equipped with "Rapid attack" make him a tough opponent during the early game, especially in the absence of expendable units to stop him or spells to neutralize him right away. In addition, during the attack, the champion summons an exact copy of himself "Ephemeral", bringing numerical superiority in most cases. Zed levels up when he or his counterparts hit the opposing Nexus; this ability against slow or counterable decks already in the early game, allows the champion to evolve quite quickly, making him even more powerful.

Shen, the eye of the twilight - Legends of Runeterra: guide to the best champions of Ionia

Shen is the leader of the Kinkou, mysterious warriors of Ionia. Hoping to remain free of emotion, prejudice or ego, Shen always struggles to continue the secret path of rational judgment between the spiritual and physical realms. To keep the balance between the two, Shen wields blades of steel and arcane energy at anyone who poses a threat.

In Runeterra, Shen is a powerful champion of support because of his skills. His mana cost, stats, and abilities make him a very annoying midgame champion. both to be thrown down and to be neutralized. Shen's style of play is strongly based on the synergy with the units and with some spells present in the deck. This sample in fact, in addition to confer "Barrier" to his supported ally, level up once he sees 4 of his allies gain “Barrier”. This means that with the right cards in your deck, Shen can be a great pick both in the attack and in the defense phaseOnce you level up, in addition to maintaining the base bonus, Shen grants + 3 / + 0 to allies who gain "Barrier". The synergy with the Demacia cards and in particular with Fiora and its mechanics is very strong.

Yasuo, the outcast - Legends of Runeterra: guide to the best champions of Ionia

Yasuo is a skilled swordsman trained to use air as a weapon against his opponents. In his youth, pride led to his downfall causing him to lose his position, his mentor, and eventually his brother. Disgraced by false accusations and now hunted down like a criminal, Yasuo wanders his homeland in search of redemption, with the wind to guide his blade.

Yasuo, within certain decks, is currently one of the most decisive and difficult champions to face. Thanks to his ability that allows him to inflict damage on allies "Stunned" or "Called Back", turns out to be an excellent table clearer in the defense phase. At the same time, being equipped with "Rapid attack" confirms himself as an excellent midgame striker. Yasuo's talents don't end there, as once he leveled up, Yasuo hits all opponents stunned or summoned, inflicting damage equal to its attack. Really destructive.

In decks full of stunning or recall spells, Yasuo is truly unstoppable, also thanks to the ability to level up wherever he is (even in the deck). In addition, of course, to showing incredible synergies with units equipped with skills that stun the adversaries, Yasuo works well in Ionian-only decks with cards featuring "Circumvention" and paired with Karma, or in Ionia-Noxus decks flanked by Katarina and units equipped with "Rapid attack" (in addition to the usual "Circumvention")

Karma, the enlightened one - Legends of Runeterra: guide to the best champions of Ionia

No mortal represents the spiritual traditions of Ionia better than Karma. It is the manifestation of an ancient soul, reincarnated over and over again, which in every life carries with it the memories of the previous ones. Wielding a power that few can understand, Karma has led her people in recent times of crisis, but she knows that peace and harmony sometimes come at a high price. Karma is a champion particularly versatile as it is complicated to use, due to its mechanics. Her stats make her a good midgame champion, despite her skills allowing her to give the best in the late game of the game. Each start of a turn, Karma creates a random spell in the owner's hand. Other than that, level up once "Illuminated" and once the level-up is done it allows you to cast the same spell twice on the same targets. Really not bad.

This Karma ability can sometimes prove to be a double-edged sword. Although both the mechanics of fishing and that of the double spell are incredibly destructive both in the attack and defense phase, you can often run into have no unity on which to apply the spells drawn, or from having so many spells that you don't know which ones to spend your mana on. Let us remember that you have them available max 13 mana gems, and it is often not easy to choose the right strategy when you have too many alternatives.

Being extremely versatile as already mentioned, Karma looks good in many decks, but according to the current meta it demonstrates a very strong feeling in combo with the mazzi Piltover & Zaun and some decks Demacia, especially those that revolve around spells. Paired with champions like Teemo o Heimerdinger, Karma proves to be truly destructive thanks to the amount of spells it puts at the disposal of its allies' abilities.

An ancient and respected history

Well summoners, even today we have come to an end with the third guide on best champions of Runeterra dedicated to Ionia. We hope we have been helpful once again in giving you an idea of ​​how to structure your elusive deck thanks to the mighty warriors of the Ancient Lands. Please keep experimenting with the cards that you think can show strong synergies with the champions we showed you today, and stay tuned with us on Holygamerz for the next guides on the remaining regions of Runeterra. Bye and good luck!

Legends of Runeterra: Guide to the best Noxus champions ❯

add a comment from Legends of Runeterra: guide to the best champions of Ionia