Legends of Runeterra, Riot Games' CCG set in the League of Legends universe, continues to grow in number. To help you get started playing on the right foot, then, we're here today with our guide to game regions and their champions

Legends of Runeterra definitely started off on the right foot, attracting more and more users among historical fans of League of Legends and collectible card games in general. For the latter in particular, devoid of any knowledge of the universe of MOBA in question, knowing the regions of the world created by Riot Games is essential to start playing in the best way.

Where do you go if you don't know where you come from?

Knowing the regions of the game and the related champions that are part of it, is fundamental to build the right decks and strategies to overwhelm your opponents. Currently Runeterra has six regions, extracted from the universe and from the "lore" of League of Legends, each with its relative cards. Each region has its own set that reflects its characteristics and "fighting style", with the relative ones strengths and weaknesses.

Keep in mind that deck building in Legends of Runeterra is restricted to only two regions, therefore it becomes essential to know them thoroughly to understand the potential strategies and combos to be used (or contrasted) in battle. But stop the chatter, and let's launch into this guide to the game regions to immediately start making our opponents into small pieces! 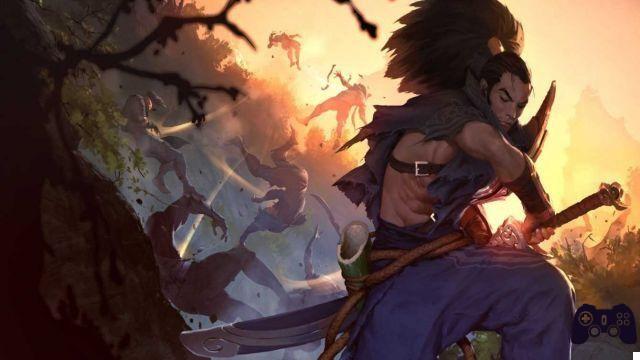 Still marked by its military past and war experiences, Demacia it is based on the love and protection of its inhabitants at all costs. Mainly populated by strong and sturdy units, Demacian cards are ideal for building a deck from presence solid and formidable. The high presence of cards with "Barrier" they protect our units even during the toughest rounds, as do cards with "Tenacity".


But pay attention to the characteristic spells of the deck: they are mainly based on the strengthening of the units and are closely related to them. As a result, the deck is virtually devoid of provoking spells damage to units or that "clean up" the game board. The Demacian deck, just like the tradition of this region, relies on direct combat to eliminate the threats facing the kingdom's population. 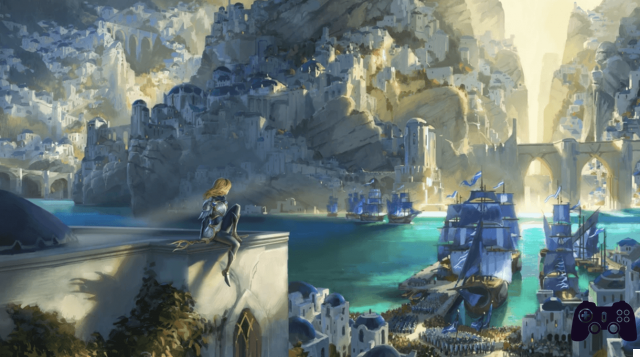 Noxus is historically the rival region of Demacia, and its champions are military experts as well as ruthless. Perfectly in line with the characteristics of its population, the Noxus deck is based on themerciless assault to enemy units. But if the strengths of this deck are aggro and rapid shutdown of opponents, you may find it difficult against control decks or decks that tend to set a pace of play slow and late game.

The fast spells in the deck can be played in many situations and will come in very handy, but they give your opponent the opportunity to catch you unprepared, so be careful. The numerous units equipped with "Overwhelm" make sure that any damage dealt is not wasted by redirecting it directly to the enemy Nexus. The Nexus deck, in short, ensures huge damage in a few turns: ideal for those who want to win quickly.

It's cold in here, huh? It is probably due to the cards that make up the deck of Freljord. Just as the region is characterized by perennial snow and freezing temperatures, the cards in this deck are all about freezing and destroying opponents. Furthermore "Freeze" sets the power of units to 0 for the duration of the round, allowing you to eliminate enemy units without suffering damage.

The Freljord deck offers numerous opportunities to delay damage and eliminate units en masse with spells. As a control and late game deck, the main goal is to get through turn 6 without too many cards opponents on the board, and then control the game with champions like Anivia o Tryndamere. 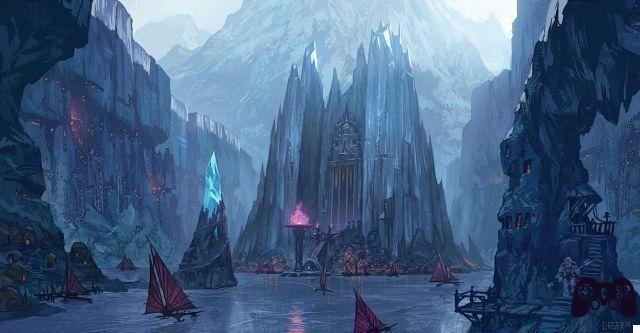 If you like explorers and treasure hunters, this region deck is definitely for you. Just like the city of Piltover represents the prosperity and technological innovation brought by its highly skilled scientists, in the same way the slums of fence they are contrasted with numerous crazy industries and inventors. In perfect keeping with this juxtaposition, the Piltover & Zaun deck features a perfect balance between attack and defense, with mixed spells between cards that grant benefits to the units and others that allow us to draw from the deck.

Despite the typical deck construction of this region it is based on the use of the diabolical Teemo and its mushrooms to inflict massive damage on the opposing Nexus, there are many other strategies you can apply. For example, the synergy between the cards "Ephemeral" and related spells, allow us to discard and draw cards for a style of play iridescent and unpredictable. 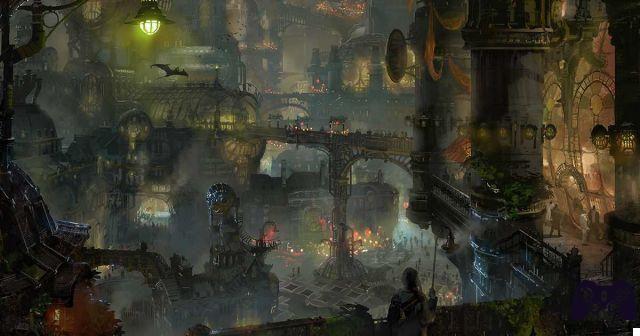 The deck of Ionia, in the wake of the previous one, it is decidedly varied and versatile. Like the unpredictability of the restless tides that wash the Ionia border, this type of deck can deliver the necessary unpredictability to surprise and overwhelm our opponents. Bypassing the damage thanks to paper "Recall" or activating the effect of the card more than once when it is put into play, it can be very useful for breaking the early game. Units effimere in combo with the numerous stuns that characterize the deck, they allow you to eliminate enemies without too many problems. In addition, the same cards equipped with "Stunning" they grant the players a high control of the game board, deciding whether to base the strategy on early or late game.

Also the numerous units equipped with "Circumvention" they can be a problem for opponents. The latter, being able to be blocked only by cards also equipped with evasion, are as insidious as they are fatal against decks without the appropriate defenses. Some of them also combine perfectly with skill "Illuminated", therefore very useful in the very late game. As already mentioned, the selection of the cards of this region offers numerous ideas and strategies, despite the deck of Ionia it is quite complicated to master.

Champions of the Shadow Isles: Elise, Hecarim, Kalista and Thresh

Le Shadow Islands I am a region made up of islands and fragmented lands, infest from the specter of what they once were. This region with its related maps, is characterized by sacrifice of units in exchange for devastating abilities. Entering the mechanics of this deck is not easy, but once you have succeeded in the enterprise you will find that sacrificing units can bring great benefits to your game, and that death does not necessarily represent the end.

The skill "Last breath" allows you to get big bonuses to the death of our units, and at the free table these cards can turn out fundamental game changer. This is further reinforced by the ephemeral units present in the deck (most of the deck) as well as the spells to be used in combo with them. Also, spells equipped with "Absorption" they grant us a good recovery power from the damage inflicted on the Nexus. Finally, the cards with the ability "Fearsome" they give that boost of aggression in the early game that makes it balanced between the game phases.

Ready to enter the Rift?

Perfect summoners, if you have come this far you have surely learned some fundamental notions to start your adventure in Legends of Runeterra in the best possible way. To recap, the regions that make up Runeterra are:

I recommend, choose the deck carefully according to the style of play you prefer and, of course, to your personal taste. The cards available to build your favorite decks are really many, and we hope we have been helpful in guiding you in this arduous decision. As always, we wish you good luck and remind you to stay up to date on Holygamerz for further guides, news, updates and much more on the world of video games and more. Bye!

add a comment of Legends of Runeterra: guide to game regions