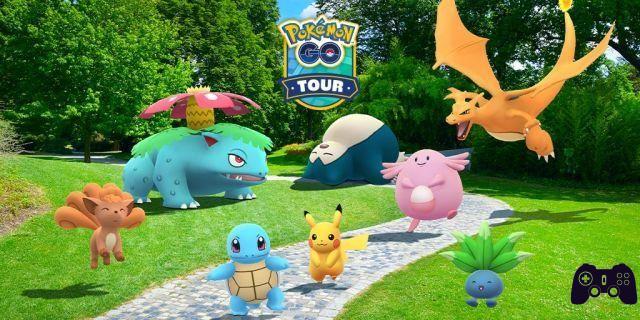 A while ago Niantic announced a new global event, which would take place next year in addition to the annual Pokémon GO Fest to mark the game's anniversary. After a bit of silence, the American house makes itself heard again and discovers the cards on the table. This new event is called Pokémon GO tour, and will celebrate the game's fifth year as well as the XNUMXth in the series.

If you are reading this article today, you are probably looking for the new Kanto event [21-28 February 2021].

The Tour will focus on Pokémon discovered in the Kanto region, stage of the very first adventures in the Pokémon world. This is an event available to all players, who provides for a microtransaction to access some exclusive content.

The event, by purchasing the ticket, will take place Saturday February 20 2021 from 9 to 21. You will be able to complete the timed missions available to everyone by February 27 at 22, but the real challenge is that of February 20. If the "Covid situation" continues by then, it is likely that it will also be possible to play from home.

What you get without a ticket

Let's start with the bonuses for those who decide not to buy the ticket. Despite the moderate price (about 12 euros) it is in fact more than likely not to want to buy the ticket, which however does not give access to anything "game changing". In this case you will have a mini version of the event available.

Some of the Pokémon discovered in Kanto they will show up in raids and in the wild. Among the former are also counted the legendaries of the region. Articuno, Zapdos, Moltres and even Mewtwo will return to the raids for a period, however, with their Legacy moves now no longer obtainable. These are the following moves:

During the event it will also be activated a timed search, whose contents and rewards are of course not yet known. Exceptionally, you can also take advantage of a feature that has already been tested recently. This is the increased distance for exchanges: you can do it with friends who are within 40km away from you.

The Pokémon GO Tour with the ticket

For those who buy the ticket instead the event swells. They will be available for you in the wild almost all 151 Pokémon discovered in Kanto, and all also available in a chromatic version - marking for some the debut in this form. Not only wild and in raids: with an active ticket you can also meet them after a research in the field or by activating an Aroma (which will therefore be influenced by the event just for you). Also, when caught, you'll get more candy than normal for each one.

The mission menu will host even more searches by purchasing the ticket. The event opens with a themed research story, which if completed will give you the opportunity to run into a special Pokémon. It is a Chromatic finger, currently not released yet.

By completing the challenge you will also see unlock a Masterful Research: in the face of many difficulties such as having walked 151 km will reward you with an exclusive Chromatic Mew. Remember that at the moment this Mythical Pokémon can normally only be obtained once per person and cannot be Shiny (which makes the quest even more appetizing).

By purchasing the ticket by a certain date you will finally receive one each for the Community Days of January 16th and February 7th. These are, presumably, the same tickets that you would be able to buy in the store at the price of 0.99 €, and which give access to a research with rewards such as megaenergy. To get them, you must complete your purchase by January 13 or February 3.

The special mission for the Tour would seem to be one real catch challenge, which will require you to complete the Kanto region Pokédex again by February 20. The mission will remain open until February 27, but the quest for Shiny Mew can only be accessed by completing it by 21pm on February 20.

Let's go back, but not only to Kanto. By purchasing the ticket you will be asked, a few days before the event, to choose a "version" between Red and Green. Just like the one you made back in 1996. Your choice will affect which Pokémon appear on the map and are attracted to the Aroma - but the difference is minimal. To complete the capture challenge you will have to collaborate and exchange with those who bought the other version, in order to obtain the following exclusive Pokémon.

The Pokémon GO Tour of Kanto provides for those who have the ticket also the completion of 10 special capture challenges. As happened during the month of January we will have a list of Pokémon to catch, based on different themes. There is time to complete them until 19:59 pm on February 28th, therefore a week after the Tour.

The challenges are in short of two main categories, namely by method of capture and by place of belonging in the main series. The first two will require active collaboration with someone who has bought a ticket other than yours. Remember therefore that for this period the distance for exchanges has increased to 40km.

The themes according to the timetable

The highlights of the Kanto region will live for the day of February 20 also in Pokémon GO. The event will indeed be completely themed, is divided into 5 different thematic blocks which will be repeated twice throughout the day. Turn up the volume of the game, and get ready to relive the original soundtracks composed by master Junichi Masuda in each time block.

The breakdown is as follows, and in all likelihood it will affect the Pokémon you see appear on the map. 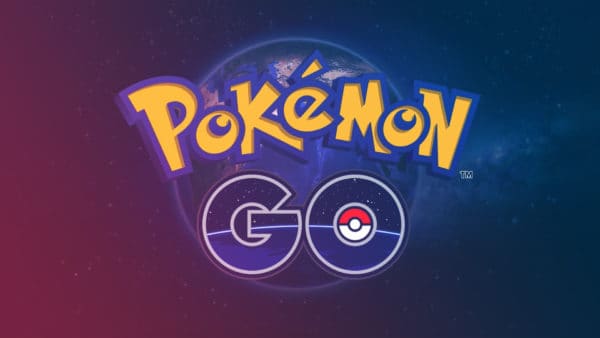 As always, don't buy the ticket it will not preclude you obtaining benefits or Pokémon that might come in handy in a raid or Battle League. The most useful in this sense are in fact the legendaries, which still remain available to each and every one with his legacy move. Everyone will also be able to take advantage of remote trading, and it is highly recommended to take advantage of the moment (also, and above all, for Pokémon from any other region).

The real exclusive for the event it would therefore seem to be chromatic Mew, which as already mentioned at the moment cannot be obtained in any way in Pokémon GO. This, of course, provided that Niantic does not have future events in mind that will make it available (as will happen shortly with Celebi chromatic). Therefore, consider the purchase carefully, and if you are doubtful, keep in mind that a Shiny Pokémon is different from others only in its color.

Do you want to be a video game expert and know all the tricks, guides and reviews for your video games ? Holygamerz.com is a group of video game fanatics who want to inform you about the best tricks, guides and tips. We offer you the best information to be a reference in gaming, so here you can find guides, tricks, secrets and tips so you can enjoy your games to the fullest. Are you ready to get all the achievements of that game that you resist so much? Enter now and enjoy your favorite video game to the fullest!
The Elder Scrolls Online Review ❯

Fortnite: the Deadpool skin is finally available, here's how to get it