Many now use their console to stream on Twitch or other platforms. There are often problems with console streaming. In this guide, we will see how to stream from Xbox One using OBS without a capture card!

If you are reading these lines, you too will have noticed how difficult it is to do a console live. In particular, the Xbox Twitch app does not allow you to use a webcam that is not Kinetic and, the icing on the cake, through this app (and also through Mixer, Microsoft's streaming service) it is not possible to use graphics of any kind.. However, the simplest solution is the most expensive: a video capture card costs a lot of money. In addition, USB video capture cards have a latency, in some cases, even high. So you need a fixed PC to mount one of these cards via PCI-e connection. Solution not within everyone's reach. We have found a way around the problem. But without getting lost in small talk, let's get to the point!

How to stream from Xbox One using OBS - Notes

This guide will be updated monthly to report any changes in the system to stream. No news this month.

How to stream from Xbox One using OBS: the requirements

Well, before starting let's see what you need to do this. In fact, you should be able to have all of this at home without the additional expense. But let's get to the point:

Yes, with just these (few) things you have everything you need to stream. The availability of a second screen is necessary to manage your live in a more comfortable and functional way. At the software level, on the other hand, you will only need three things:

How to stream from Xbox One using OBS: the setup

Let's go to the "difficult" part. Let's see what needs to be done to configure everything! 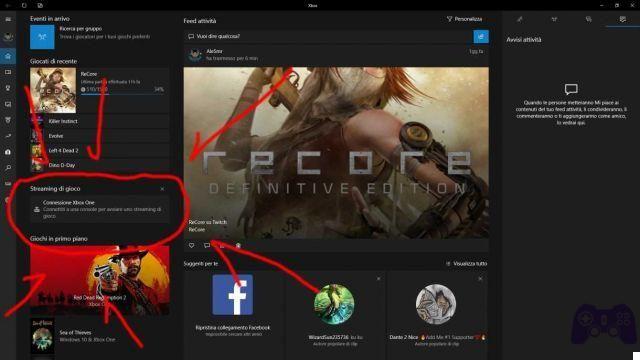 At this point on one screen you will have your Xbox One and the chosen title at your disposal, and on the other screen you will have total control of the live. I advise you to always keep active, on the second screen, also a window of the live in order to always check that everything is going for the best. Remember not to turn the sound on in this window and keep it on in the Xbox app instead!

Have a good stream!

This is all about how to stream from Xbox One using OBS, for other guides keep following us on Holygamerz!

How to play Among Us, the complete guide ❯

Apex Legends: how to switch servers and reduce lag