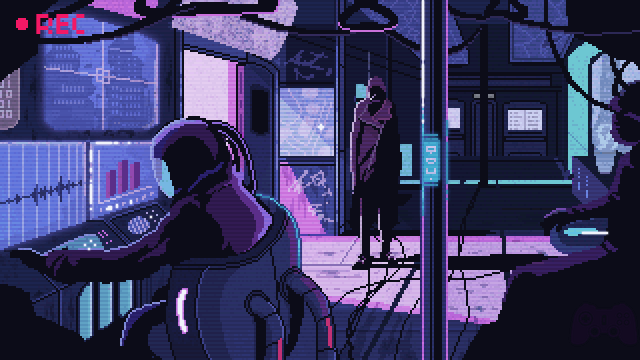 Virtuaverse's review, which talks about the future glorifying the past without having understood the meaning of Cyberpunk

We have been witnessing, for a year now, an extreme polarization of the market. Ever since CD Projekt Red showed the world the first real Cyberpunk 2077 trailer the indie world has pricked up its ears and attempted to get on the futuristic bandwagon all neon lights and dark megacities that has attracted public interest. Virtuaverse is a graphic adventure, released on Steam, which fits exactly into this increasingly crowded and thirsty cyberpunk market niche.

The game is developed by Theta Division and is published by Blood Music. Curious that the latter is actually a record label linked to the Synthwave environment that has decided to throw itself into the videogame market. In this sense, the soundtrack signed by Master Boot Record, who is one of its leading artists. Virtuaverse is a first work for everyone, from developers to publisher. And, frankly, it shows.

Virtuaverse is a point and click graphic adventure which incorporates the style and mechanics that have made the fortune of Sierra and LucasArts. I could make an endless list of titles of the same genre that have made the history of the medium, but it will be enough to mention Monkey Island to understand. It is an implicit but still very strong declaration of intent: Theta Division wanted to resume a disappeared genre and difficult to reconcile with the tastes of today's public by hybridizing it with Cyberpunk. I admire the determination and courage behind such a choice, but there is a big underlying problem. Virtuaverse is a born old game.

Theta Division wanted to focus on a genre from the past without questioning why that genre has almost disappeared from circulation. Although he has never been a great lover of graphic adventures, I also regret that they have disappeared. They have been a bulwark of the video game and have helped it grow as a medium, especially from a narrative point of view. The graphic adventures, however, died because they refused to evolve, almost pretending that outside the window there was no world in turmoil that was changing.

Virtuaverse suffers from the exact same problems as the kind to which it refers and does not try in any way to file them. The game is slow, cumbersome and terribly tedious in certain situations. It has never been fun or interesting to be forced to backtrack, especially when the movement is as slow as that of a pachyderm just out of hibernation. For some it will be a matter of taste, for me it is the categorical refusal to recognize the limits of a forgotten genre mainly because of the same.

Virtuaverse is about Theta Division's obsession with the past, not Cyberpunk

Virtuaverse is a reactionary game that talks about Cyberpunk without understanding it. Theta Division's obsession with the past is so cumbersome that it obscures the future they have attempted to tell. Virtuaverse suffers a lot from the nostalgia it expresses and tries to sell, often almost without realizing it. The choice to refer to the titles that have made the glory of the genre betrays the fascination for the past of those who conceived it, but it is only the first step towards a vision that is a bit too bigoted of the future. Virtuaverse tells the future with distrust, almost with fear, and continually takes refuge in the celebration of a historical period which, even if compared to our present, is forty years old. 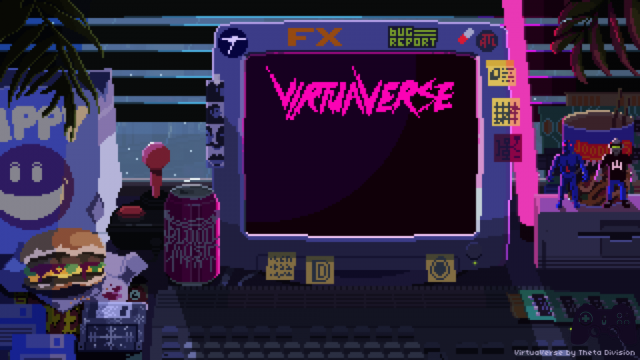 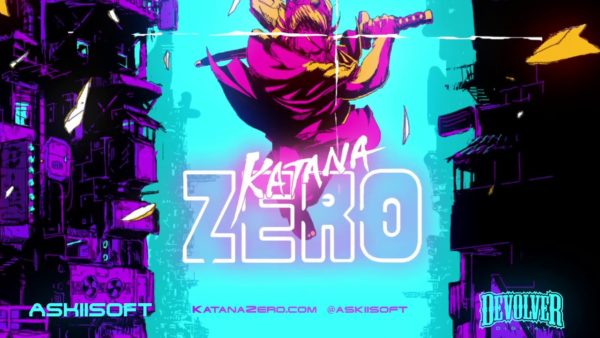 It is therefore not a cyberpunk video game, but a video game that has captured only the aesthetics and certain atmospheres of cyberpunk., not the soul. We understand this from the fact that too often, in a really annoying way, the technology of the future is subjected to an unjustified moralistic judgment.

The tone adopted is very similar to that of Black Mirror, therefore that of those who publish images on social media that tell how much social media sucks them. There is no kind of coherence, however, in denigrating the technology of the future by blindly glorifying that of the past.

There is a lot of heart in Virtuaverse, but its soul is missing

Virtuaverse falls too frequently into the trap it has placed alone in its path. It is therefore not explained why Nathan, The protagonist, you constantly complain about the society in which you live, denigrating augmented reality and cybernetic systems like a new Carlo Calenda, only to remember with nostalgia the cabinets of the past and the Nintendo Power Glove. The narrative gets bogged down very often in this rhetorical swamp that blinks conspicuously at the past of those on the other side of the screen. The result is that immersion continuously crumbles under the blows of the nostalgia of those who developed Virtuaverse, filling it with references to the pop culture of the 80s.

Even the eye wants its part

There is one thing Virtuaverse understood really well: the retro-futuristic aesthetics of cyberpunk. It is the most superficial level of the analysis of the genre, as well as the most inflated, but what Theta Division has done on an aesthetic level is commendable. The pixel art is full of charm and the settings of the first part of the game closely recall that dark and dirty look of the urban settings of Blade Runner and Ghost in the Shell. The mood, when not cracked by the umpteenth joke about how beautiful the 80s were, is framed in a really convincing way by the soundtrack. Master Boot Record sounds cold, filthy and merciless, fitting razor-sharp synths to icy riffs reminiscent of Doom's synthetic metal. 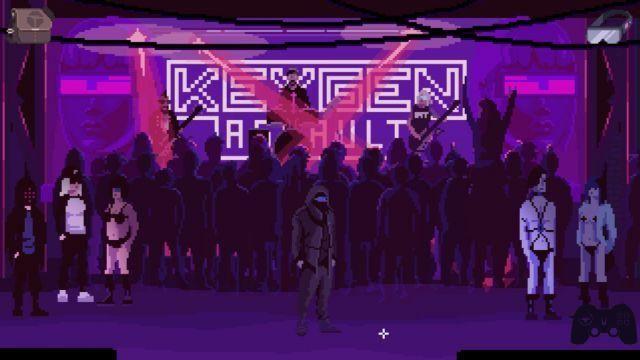 The soundtrack is so well made that it almost seems that Virtuaverse was born as a tie in for the album out on the official Blood Music channels. An aesthetically beautiful and heart-filled product that, however, somewhat betrays its nature as an empty box adorned with neon lights and pixelated skyscrapers. Virtuaverse, in fact, is aimed at the Blood Music audience and the followers of the retro and synthwave movement. There's nothing wrong with that, but it makes it clear why the title draws so much on nostalgia and questions so little about tomorrow's challenges and drama.

The potential is there, but it needs to be exploited better. Despite everything, I am confident that Theta Division knows how to learn from Virtuaverse's mistakes to arrive at a new title more consistent with itself that knows how to capitalize on the team's abilities. I am ready to change my mind.

Verdict 5.5 / 10 A cyberpunk video game born old that speaks of technology with the same fear of Carlo Calenda Comment Virtuaverse is a graphic adventure that of cyberpunk has better understood the aesthetics but not the contents. The debut of Theta Division attempts to tell the future without realizing that it is terribly tied to the past. It is a dark-toned story that tells technology as absolute evil while glorifying the technology of the past at the same time. The Power Glove is beautiful, for heaven's sake, but it's time to look ahead and propose something new that is at least stimulating. His being a reactionary is the son of the fact that it is a video game that is too indebted to the works of LucasArts, from which he inherits strengths and, above all, defects. Graphic adventures have almost disappeared and the little that still comes out on the market has tried to evolve, Virtuaverse has not. Pros and cons ✓ Well-kept and convincing aesthetics
✓ Crazy soundtrack x annoying old-fashioned rhetoric
x beautiful the 80s, but maybe that's enough
x slow and frustrating backtracking
Do you want to be a video game expert and know all the tricks, guides and reviews for your video games ? Holygamerz.com is a group of video game fanatics who want to inform you about the best tricks, guides and tips. We offer you the best information to be a reference in gaming, so here you can find guides, tricks, secrets and tips so you can enjoy your games to the fullest. Are you ready to get all the achievements of that game that you resist so much? Enter now and enjoy your favorite video game to the fullest!
News + Animal Crossing: New Horizon and University of Macerata: Synergy ❯

MediEvil Remake review: the review between disappointment and amarcord

Add a comment from Virtuaverse Review and the reactionary Cyberpunk