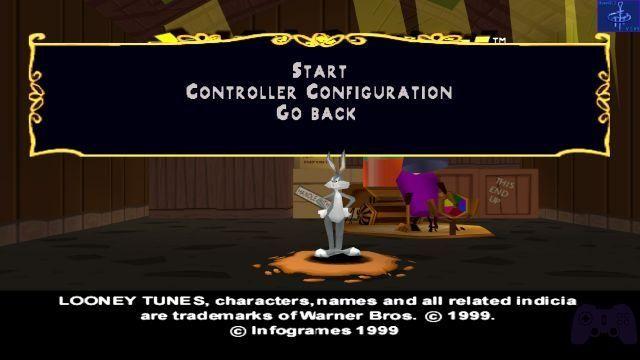 If you have a nice wet sheen on your eyes with the introductory paragraph, then chances are you are incurable nostalgics like myself. Getting lost in time and memories is easily one of the things that we nostalgics prefer most of all, and it is no coincidence that the phenomenon has taken on a real term in the videogame field: the word "Retrogaming"Identifies a sincere one passion for the video games of the past, a love that overcomes time barriers and allows long journeys in the history of the video game.

And what better way to inaugurate the "Relegations”- a column of“ mnemonic-temporal journeys ”- if not talking about Bugs Bunny: Lost In Time? 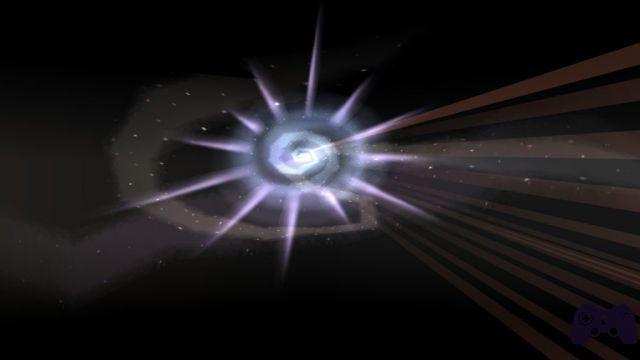 A jump into the past

Bugs Bunny: Lost In Time is one of those titles that, if played at least once in the right period of one's life, are able to leave an indelible mark that will force you to return and return to the game several times, in an attempt to relive those same emotions of the past or even just to let yourself go to a nostalgic look around the levels.

For those born in '95 like myself, the 1999 it was the Stone Age of our videogame history, a period in which, at just four years old and in a world without tablets, it was still impossible to approach the world of video games with ease, especially while maintaining a critical and objective gaze. This does not mean, however, that the titles of that period were of low quality - in fact, the opposite is more likely to be said: Bugs Bunny: Lost In Time it is one of those video game (s) lucky that, while boasting a good overall level, have not managed to obtain that consensus from the critics that history has then granted it in more advanced times.

Already from the main menu, immersed in a quiet dialogue between strings and winds, the only musical theme used by Behavior Interactive it is enough to capture the attention of those who re-approach the game after a long time, throwing it by force over ten years back and forcing it (indirectly) to whistle the tune that accompanies the appearance of Bugs Bunny on the screen.

How to get lost in time with Bugs Bunny ...

Those who know Bugs Bunny and the Looney Tunes should know very well that one of the main points of the carrot-eating bunny is arriving in a different tourist destination (Pismo Beach, in this case), to enjoy a peaceful holiday. Except that the poor rabbit, with a poor sense of direction, always finds himself taking the wrong turn at the intersection for Albuquerque, finding himself in the most disparate situations in the course of his adventures.


Also in this case, Bugs Bunny accidentally finds himself inside a top-secret warehouse where a top secret time machine is locked up (which the rabbit mistakes for a machine that produces carrot juice), which will catapult him - again by mistake - for a walk through the most famous historical periods. Bugs Bunny thus ends up in a place that is simply called "Nowhere" and meets the wizard Merlin, who suggests that he collect the "Clock Symbols" scattered throughout the time ages to move forward in time until reaching the present. 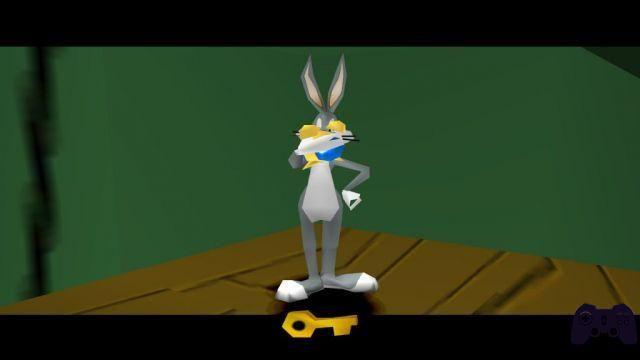 … Between jumps, kicks and puzzles

For those who have played the Warner Bros. title over and over again, "Nowhere" is probably one of the most boring levels of Bugs Bunny: Lost In Time, but it is equally true that, inside, all the main mechanics that the player will find himself facing in the course of the adventure are introduced. From "fighting techniques" to silent walking in order not to wake up sleeping enemies, the Looney Tunes rabbit will have a large number of actions to be taken to solve the most disparate problems, using for example the launch of objects or the pressure of buttons. time to solve the puzzles scattered throughout the ages.

And it is also the strongly platforming character of Bugs Bunny: Lost In Time to emerge in the first instance during the tutorial, during which we will be required to collect appetizing golden carrots and to jump from platform to platform to solve the puzzles (never too complex) proposed by the game.


The Medieval Age & The Pirate Years

Beyond the simple platform formula of the game (a genre particularly popular on home consoles at the time), the strong point of Bugs Bunny: Lost In Time it is certainly in the level-design and in all those situations that Looney Tunes fans will be able to fully appreciate. Almost paradoxically, it is the game itself that focuses on nostalgia and the classic adventures of the Warner rabbit to shape its own levels, drawing inspiration from the most well-known and appreciated cartoons with Bugs Bunny as the protagonist; the result, for those who approach Lost In Time in recent times, is a sort of "nostalgia in nostalgia" that substantially accompanies the whole experience, from beginning to end.

From the Stone Age to Dimension X (where the challenges eventually become more complex), there is not a single level that is not artistically inspired or overly simple: often, they are divided into two or more macro-areas, each with its own basic characteristics, in which the exploration and solving of puzzles are the masters. And seeing Bugs Bunny strolling through the rocky plains of the Stone Age in search of alarm clocks (or Taddeo, to be strictly kicked in c ***) is an experience that strikes the eye even after many years , perhaps more for the colorful - and well-kept - graphic style than for a simple, almost “banal” nostalgic factor.

As for the technical side, therefore, we are faced with a sincere middle ground between nostalgia and artistic refinement, a combination that, undeniably, often pushes the player towards that melancholy sense of “Wow…” that will accompany him as long as he holds the controller in his hand. 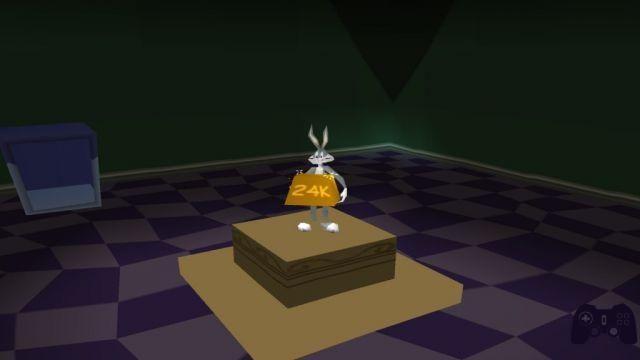 An exclusive image of our Webmaster taking home his salary

How not to mention, then, the fresh and characteristic Looney Tunes humor which has already been mentioned, which also makes its wide appearance in this videogame "adaptation" of the adventures of Bugs Bunny? On the other hand, it is no coincidence that practically all the biggest enemies are vulnerable to a mighty kick directly to the rear (with the minor enemies also exposed to possible jumps on the head), whether they are bosses or simple common enemies. Bugs Bunny continually makes fun of his opponents with his classic way of doing things, letting themselves be chased to exhaust them or jumping on their heads to reduce them to a sort of "ball" that can be kicked with peace of mind. 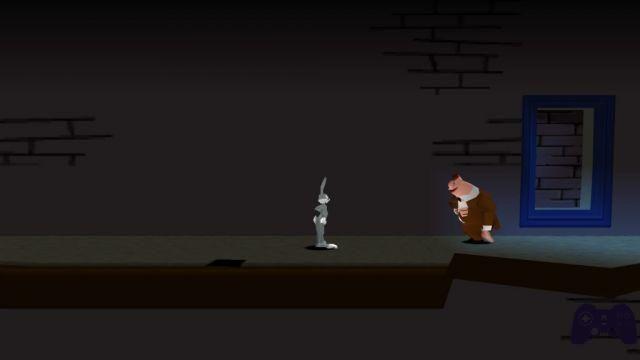 And part of the nostalgic factor of Bugs Bunny: Lost In Time also lies simply in this: being able to face enemies in apparently trivial ways, exploiting unthinkable weak points (such as a hat that is too big) or so exaggerated as to become comical (like Mugsy, the stupid and fat henchman who does not understand he is holding the same bomb dropped a moment before); being able to enjoy a gameplay formula that is not too complex (thanks to the exclusion of the "Lives" in favor of an unlimited number of attempts) but only apparently suitable for children (some levels may be too complex for a child, and the same thrust on collecting to reach 100% it seems aimed at a more adult audience); the instinct to try the same level over and over again for the sake of being able to collect all the alarm clocks and golden carrots, in a mix of characteristics typical of that era which, however, do not burden the game in the eyes of those looking for a fun and nostalgic experience at the right point.

Just as there are small goodies that could make players happy who, years later, decide to return to face the adventures of Bugs Bunny: by collecting an adequate number of golden carrots, those who play can unlock some "secret" levels which are often configured as minigames, inscribed in scenarios unrelated to the historical era in which you are at that moment. From participating in the Bullfight (in the Thirties) to skiing down the snow-capped mountains (in the Medieval Era), passing through the famous scene in which Daffy Duck and Bugs Bunny try to save their skin by changing the signs for the hunting season ( in the Stone Age). 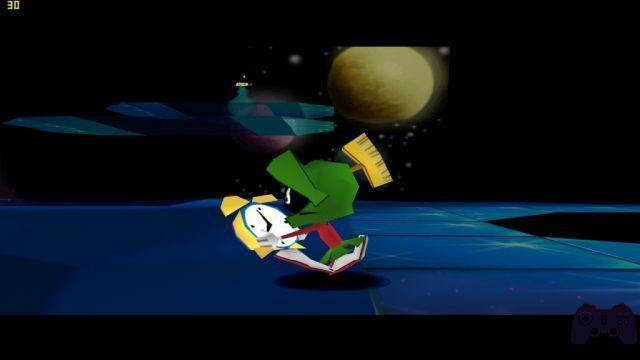 A memorable work despite the weight of the years

Bugs Bunny's time travel ends in the Present, with a small concluding scene structured to instill doubt in that player who went through the whole experience from start to finish. And we, gamers in our Present after more than fifteen years from the release of the game, we could not help but notice some small elements that Bugs Bunny: Lost In Time a memorable work, despite the fact that it has been a long time since the release of the original on PlayStation.

Bugs Bunny: Lost In Time is inscribed in a historical-playful context in which the platform genre was one of the most widespread ever, from Super Mario 64 (released in 1996) to the first Ape Escape and the series of Pandemonium. Drawing from its "opponents" elements such as substantially simple controls, inspired level-design and a strong interest in puzzles, the Infogrames title was one of those platformers that, together with Spyro and Crash, have been able to bring younger players closer to the genre and, who knows, maybe even video games in general.

After so many years, it is still difficult to say that Bugs Bunny's time-walking adventure has "aged badly", despite the presence of an occasional inaccuracy of the controls (both with the analogue and, above all, with the directional cross) . Even the backtracking required to complete the game 100% (or even just to collect the 120 alarms needed to return to the Present) weighs relatively little on the gameplay experience, especially since it is not necessary to reach the exit of a level for the game to play. record our progress in it: if we miss a golden carrot in "Witch Way To Albuquerque?", in short, it will be enough to find it and return to the Middle Ages Hub to be able to save the game anyway, finding yourself with the completed level in all its parts.

A difficult game to forget

Bugs Bunny: Lost In Time it is therefore one of those titles that it is difficult to forget, if played at the right age and with the right basic videogame experience. The colorful and well-studied levels, the Bugs Bunny jokes and the mighty kicks in c ** or Taddeo are all elements that enter the hearts of younger gamers and never leave it again, especially in the case of Looney Tunes and Bugs Bunny fans in general.

Obviously, there is no doubt that the title of Infogrames also presents defects that were already well known at the time of its release. Ultimately, however, this is only a simple, very nostalgic "Downswing". 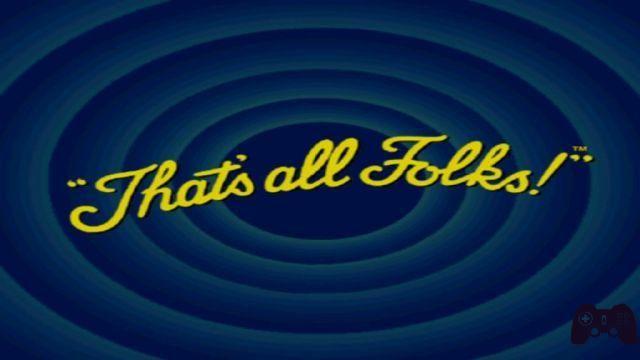 Do you want to be a video game expert and know all the tricks, guides and reviews for your video games ? Holygamerz.com is a group of video game fanatics who want to inform you about the best tricks, guides and tips. We offer you the best information to be a reference in gaming, so here you can find guides, tricks, secrets and tips so you can enjoy your games to the fullest. Are you ready to get all the achievements of that game that you resist so much? Enter now and enjoy your favorite video game to the fullest!
Fallout 4: Vault-Tec Workshop review ❯