Welcome back to Episode 14 of our in-depth guide to Super Smash Bros. Ultimate's stellar cast of playable characters

In this ours guide, we will devote ourselves to the many characters playable of Super Smash Bros. Ultimate, starting with Mario up to the latest additions of the second Fighters Pass. In each episode we will describe about five or six fighters, however, dividing them according to the chapter of Smash in which they made their debut. Continue our journey to discover Ultimate Novices (concluding the base roster), but today we won't keep you busy for long: four out of five are Eco Characters. We will talk about Incineroar, Dark Samus, Daisy, Chrome e Ken. In the appendix, we will explain how to manage the characters from more problematic recoveries. 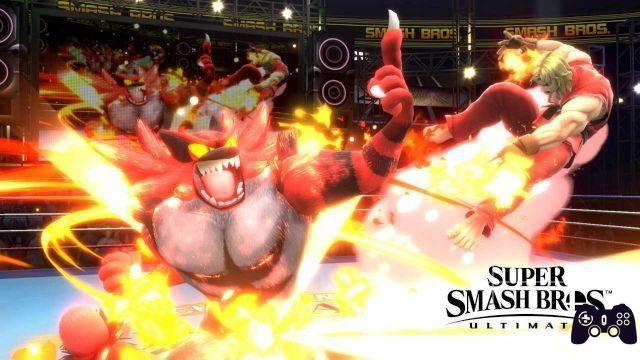 The first fighter we will see today, as well as the last of the base roster to be officially unveiled, is Incineroar. The Fire-type starter Pokémon from the Alola region is also the only one who is not an Echo character. Come to think of it, he is also the only character linked to fire who has very little to do with his primary element… but we'll get to that shortly. 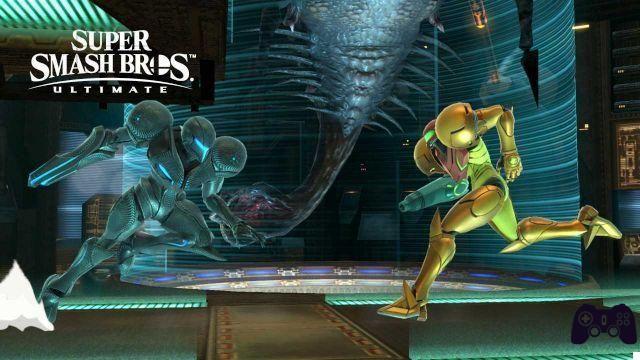 The first of the Echo Characters we'll talk about in today's guide is Dark Samus, which only debuted in Super Smash Bros. Ultimate but can be found on the character selection screen next to Samus, which is at the top. The first character created by American designers to appear in Smash, Samus Oscura doesn't really have much to do with the original in terms of biology ... but that doesn't stop her from having exactly the same skills in Ultimate. 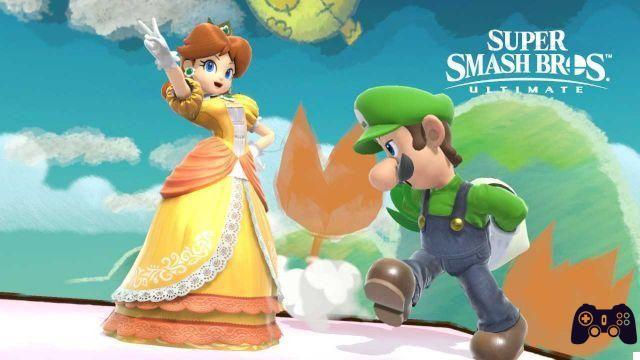 After a "debut" in Melee as Peach's alternate costume, her orange counterpart Daisy climbs into the ring adding ... little and no to the base character. Unlike Dark Samus, we're not going to dwell on the techniques particularly.

Our third appointment today with the Eco Characters in the Super Smash Bros. Ultimate guide is with Chrome. We have already presented it talking about Lucina and Daraen, and now the third representative of Fire emblem awakening offers us a carbon copy of Roy… but with two huge differences. 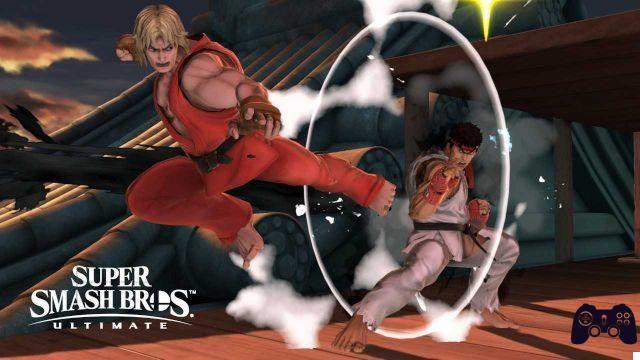 Ken boasts the distinction of being the only one Eco character of the game to have received a trailer in computer graphics (if we do not count the aforementioned Lucina, although it is promotional material for another Smash). Introduced in the same Incineroar trailer, Ken shows as many similarities to Street Fighter's face - Ryu - as there are differences. 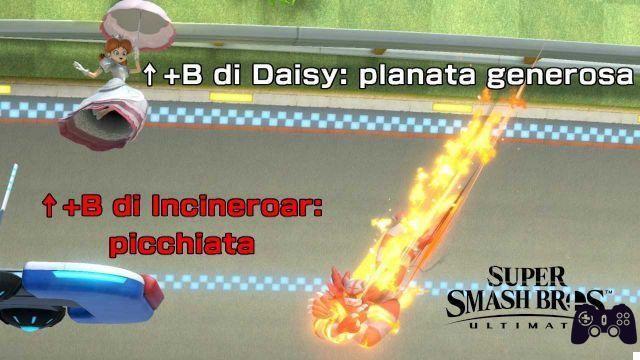 The characters seen in this Super Smash Bros. Ultimate guide differ greatly in their options for the recovery, which - we remember - in our context alludes to returning to the field. Luigi, for example, can charge up a Green Missile (↔ + B) and kick off with a Super Jump Punch (↑ + B), but not everyone boasts his luck. Look at the abysmal difference between Daisy and Incineroar, above: Daisy can glide over the arena at ease, but the dive from Incineroar's Encounter is throwing him into the void. You must always be ready to opt for other strategies, if you want to overcome the limits of each character (perhaps with aerial dodging).

Yoshi, Ness, the separated Ice Climbers, Ike, Lucas, Olimar / Alph if weighted down, Little Mac, Ryu, Cloud, partly Bayonetta, Simon, Richter, Incineroar, Chrom, Ken and (as we'll see next time) Terry are the first that come to mind with this problem. You will need to know and make the most of their strengths if you want to avoid running into their weaknesses. With this appointment, however, our journey in the base roster ends: in episodes 15 and 16, instead, we will discover how to use the DLC characters, or those sold separately. The Piranha Plant, Joker, Hero, Banjo and Kazooie and Terry await us as the first extra fighters to analyze.