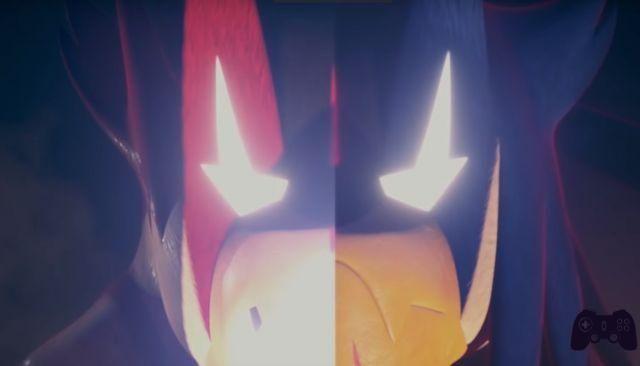 The main novelty of the first DLC of Pokémon Sword and Shield is, without a doubt, the introduction of the Legendary Pokémon Kubfu. Since Pokémon Direct on January 9th, in fact, Game Freak has clarified how the tests we will sustain on the Lonely Island of Armor will lead us to obtain this Pokémon. 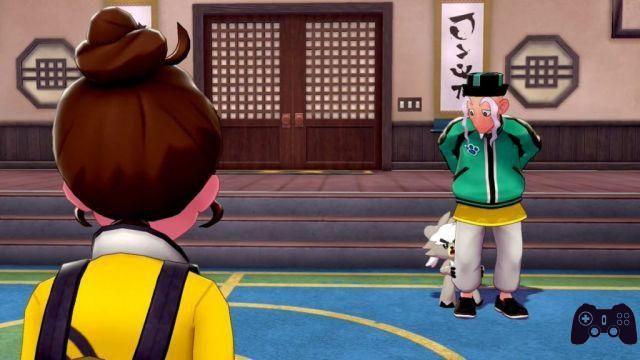 The structures on the island are only 3, the Dojo, the Water Tower and the Dark Tower. The Dojo will be the closest facility to the beach where our DLC adventure begins, and it is precisely here that we will meet Mustard, a master who with his gab will even tear us some smiles. Mustard will subject us to 3 tests to prove that we are worthy of the occult armor of the Dojo. 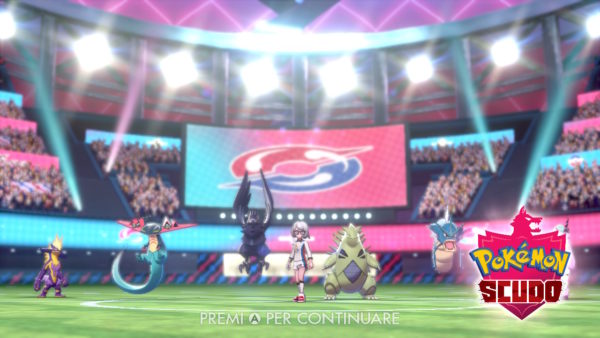 To learn more:
Pokémon Sword and Shield: a music that surrounds England

The first will consist in defeating 3 Galar Slowpoke that run madly in the plains just to the left of the Dojo. The second will be a simple search for a trio of Funghimax (easily found in the caves or forests of the island). Finally, the third will be a fight against the rival, Sophora or Savory. Your rival will set up a poisonous trap on the playing field to put a spoke in the wheel, so equip yourself with Pokémon Steel or Flying!

Having passed this last test, Mustard will deem you worthy of receiving the occult armor, as well as the legendary Kubfu. Kubfu will initially be shy and suspicious of you, Mustard will then suggest you take him to 3 points of interest on the island, to show him the view and consolidate your bond. Points of interest are marked with an exclamation mark on the map, plus, you will find a Dojo student to talk to nearby. After completing this short mission, return to Mustard, who will consider you worthy to face the trial of the two towers. 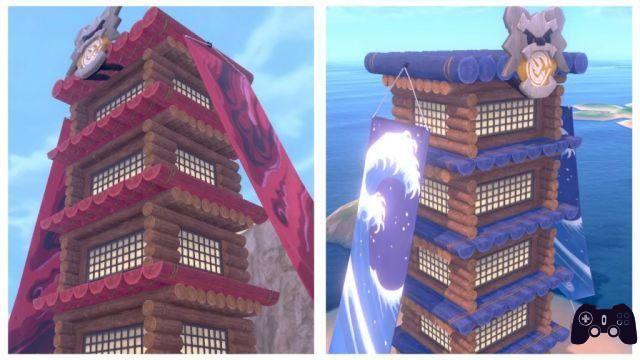 The tests of the Dark Tower and the Water Tower

The Dark Tower and the Water Tower make up the last phase of the expansion's main campaign. Depending on which Tower you decide to access, Kubfu will evolve into Urshifu Style Single Strike (Dark / Fighting) or Urshifu Style Multi-Shot (Water / Fighting).

How to deal with the Two Towers

To access the Towers, we will only have to have Kubfu in the team. The Pokémon will be delivered to us at level 10 and, as you can imagine, this level will not be sufficient to be able to face this test. In fact, the NPCs in front of the towers recommend level 70, since the final battle will be on that figure. The fastest way to get Kubfu to 70 is to do a lot of Raid Dynamax and gorge him on L and XL candies and, by the time he's around 70 (maybe even more), he'll be up for the challenge.

If you follow these steps, the challenges inside the Towers will not be difficult, the only trainer who can give you problems is Mustard at the top, which, however, falls short of its difficulty due to its artificial intelligence. Defeated also the Master, he will ask you to show Kubfu the scroll behind him, which will allow him to evolve.

The two forms of Urshifu

To learn more:
Pokémon Sword and Shield - How to get new Pokémon without the DLC


The aesthetic differences between the two are minimal and they have the same stats, however they feature a different peculiar move. Urshifu Single Strike has a Darkfist, a Dark-type move with power 80 and an accuracy of 100. On the other hand, Urshifu Multi-Strike will learn Hydroraffics, a move that always hits 3 times of the Water-type, with power 25 and accuracy 100. Both moves have the peculiarity of taking a 100% critical hit which ignores the opponent's stat changes.


Once you have your favorite version of Urshifu, the expansion will seem over, but the ascent of our new Pokémon is not yet complete. 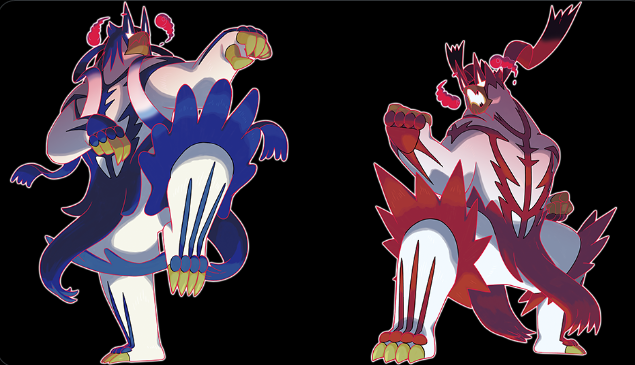 How to get the Gigamax form of Urshifu

Returning for the umpteenth time to the Dojo we will notice that the good Hop of Galar has come to visit us. With Hop we will go in search of a particular dish that allows Urshifu to gigamaxize, since our new team member does not appreciate Zuppamax like the others.

The first stop is the Bosco Concentrazione, where very brief investigations on the nectar of Lilligant and Applin will make us understand that our real destination is the honey tree on the hexagonal islet in the north-west of the island. This islet is easily visible from the Spiaggia Sfida, from which you can reach it by bike. After you run out of dialogue with Hop, you can interact with the tree, triggering one clash with Vespiquen Dynamax. The reward for the defeat of this Pokémon will be the Mielemax, with which you can finally prepare Urshifu's favorite soup. 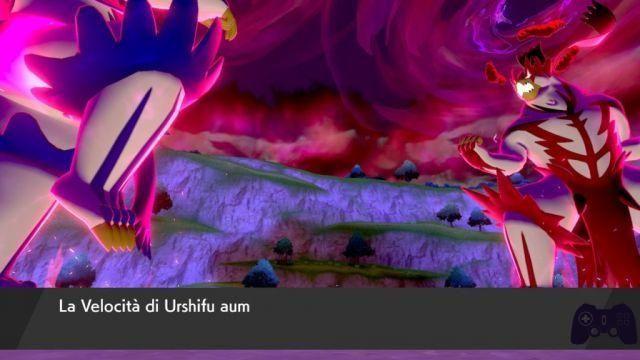 Back at the Dojo, Mustard will throw down the gauntlet once again, promising that this time he won't spare himself. This time, in fact, the Master will have a team of 6 Pokémon and the Urshifu Gigamax opposite yours, all around level 75.

Are also present other Gigamax forms in this new expansion, which seem to be just as powerful and interesting! Surely Urshifu is confirmed as one of the most studied and particular at the moment.

Do you want to be a video game expert and know all the tricks, guides and reviews for your video games ? Holygamerz.com is a group of video game fanatics who want to inform you about the best tricks, guides and tips. We offer you the best information to be a reference in gaming, so here you can find guides, tricks, secrets and tips so you can enjoy your games to the fullest. Are you ready to get all the achievements of that game that you resist so much? Enter now and enjoy your favorite video game to the fullest!
The Town of Light review ❯

Fortnite: how to get the Aquaman skin | Guide

Guide to fish and how to catch them - Animal Crossing: New Horizons

The Division 2 Operation Middle of the Night Raid Guide

Dauntless: guide to the strongest weapon and equipment