To dominate in the various modes of NBA 2K20, cards are essential, so let's see which ones are best for MyPLAYER

NBA 2K20 is the new basketball title by Visual Concepts and 2K Games. Among the innovations present in this chapter we have a renewal regarding the creation of your own player. Now, in fact, we will have to choose the footprint to give to our basketball player through pie charts and adjusting the various statistics. Another change lies in the fact that we will decide which cards our character will have to equip. We see, then, the best MyPLAYER badges in NBA 2K20.

Let's start by explaining what tags are. The latter are real bonus to be assigned to our rising star. The tags are divided into 4 categories: conclusion, shooting, direction and defense / rebounds (the same categories as regards the statistics). Furthermore, each of these can be enhanced since, when we unlock them, they will be bronze in color and, after 4 improvements, they will become HOF (Hall of Fame). 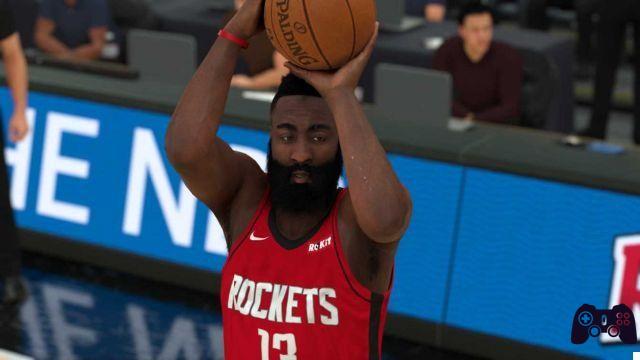 The card in question should be used wisely, as you will need to know your player and his hotspots (parts of the pitch where he has a higher chance of making a basket). The latter are recognizable based on the indicator present at the player's feet, which lights up red in the event of a hot zone. This card will dramatically decrease the chances of missing a shot taken in such areas, which is very useful.

Moving shots have become part of the repertoire of many offensive players in the Borough. One of the most used actions in this mode is, in fact, the block by one player and the three-man shot (often in motion) by the other. This card substantially increases the probability of making a basket, even in situations in which our player is unbalanced.

One of the most underrated cards in NBA 2K20 is "intimidating". This enhancement allows our players to become excellent defenders, even if they are not. The card in question increases the likelihood that our opponents will be wrong if they are countered by us. In the HOF version it is absolutely OP.

This is a godsend for your team (and a bane for your opponent). This card makes you real rebound gods as it improves your player's ability to conquer them. If it is great with players of low height, it becomes absolutely illegal with large centers and wings, so it is absolutely not to be underestimated. 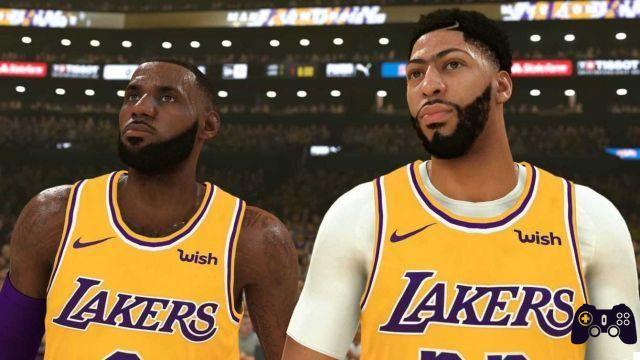 A dribbler's worst nightmare is being robbed of the ball while performing an ankle-breaking sequence against the defender. Safe allows you to handle the ball and have less chance of it being torn out of your hands. Any archetype that includes directing should take this tag into consideration.

This is one of the most important cards when it comes to shooting. Long Range substantially increases the distance from which our player is skilled in shooting. This is not only applied for 3-point shots, but also for medium-range shots.

All point guards and guards need this card if they want to beat their opponent in 1v1. If the defender has poor lateral quickness, HOF Quick Start is pretty damn useful. This will allow you to overtake the defenders in the blink of an eye.

Any self-respecting slasher must upgrade this card before improving anything else. Now that there is no Posterizer tag, Achiever with Contact is a must if you want to destroy everything in front of you.

Easy Trigger is one of the best cards, if not the best, when it comes to shooting. This reduces the amount of time it takes to perform a shot. This means that defenders have less time to close you off, giving you, the shooter, a better chance of having a successful shot.

These are the best cards to unlock in the new 2K title. We remind you that a review is available on our site, in which we bring out the pros and cons of NBA 2K20.

For other guides, news and everything related to the gaming world, keep following Holygamerz!

add a comment of NBA 2K20: here are the best MyPLAYER cards