With the fifth Title Update and the Fatalis upon us, let's find out how to kill the Black Dragon Alatreon in Monster Hunter Iceborne

The glorious season of updates for Monster Hunter World, is coming to its conclusion. Tomorrow the fifth and last "big" update for the game will be released, we talked about its contents in this article. Up to now they have offered us a lot of content for free. In the first one came the most hated monkey ... beloved ever: Rajang. In the second we welcomed the Stygian Zinogre and the group event starring Safi'Jiiva.

Raging Brachydios and Furious Rajang finished in third, followed shortly after by the Kulve Taroth Master Rank and Arch-tempered Namielle. However, if you are reading this guide, you are most likely interested in facing the protagonist of the quarto Title Update. We are talking about Alatreon, the majestic and powerful black dragon released in recent months Iceborne, a creature that has given a hard time even to the best and we will tell you how it can be killed.

Before we dive fully into this guide it is necessary to know the beast. Alatreon is one of the few black dragons, known for its innate ability to control all elements simultaneously. To defeat him you will need the best jewels you have and some ad-hoc equipment. If you've been playing consistently so far, you shouldn't be missing out on anything. However if this is not the case, perhaps you will need to at least achieve the master grade 100 (it's a tip more than a necessity) and some time to farm the right items! Let's get to the heart of this now guide for Iceborne in which we will tell you how to kill Alatreon. 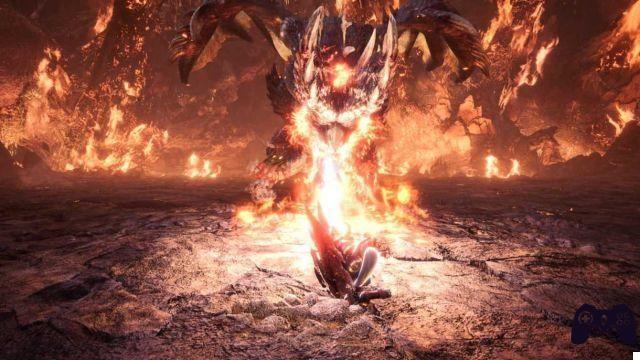 To face Alatreon, Iceborne provides us with two specific quests: Blazing Black Twilight, The Evening Star e Dawn of the Death Star. In each of these the dragon will cyclically change its main active element every 3 minutes as follows:

Whenever Alatreon switches from Dragon to the next element, he will spawn the Escaton Judgment, a powerful explosion capable of killing anyone. The only way to reduce the power of this attack is to have previously hit the dragon with sufficient elemental damage. If you are successful, the dragon will temporarily fall to the ground and you will be informed with a special dialogue. At this point you will have understood the first step on how to kill Alatreon in Iceborne. 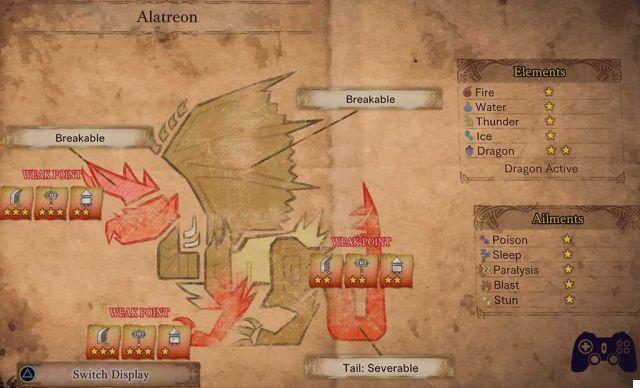 Another mechanic that accompanies the dragon is the ability to break its horns while in Dragon mode, the only time it is possible to break its parts. If you are successful, Alatreon will not be able to move on to the next element. It will still trigger the Escaton Judgment, but it will return to the previous status. If you manage to break the horns even a second time, the cycle will change to the following:

In the next point we will try to explain in full how the dragon should be approached starting from the Fire element, initial status that the dragon adopts in the plot quest Blazing Black Twilight. After that you should have almost all the necessary strategy on how to kill Alatreon in Iceborne. 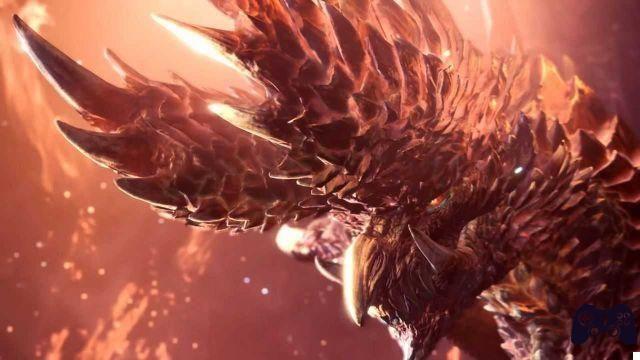 What to do briefly explained - Monster Hunter World: Iceborne, how to kill Alatreon

Since the dragon starts with Fire damage it is good to equip yourself with a weapon that can do Ice damage. Hit the dragon as you would any other creature until you have reduced the damage of the Escaton Judgment (the assistant will tell you). At this point, if Alatreon has already switched to Dragon status, focus the damage on the head to break its horns. He will later unleash his own Escaton Judgement, it will be very weak but you will still have to use some healing tools in order not to die. You can exploit potions, Astera Jerky (highly recommended) or the Health Booster.

Alatreon will then be back in Fire mode and you will have to repeat the previous steps. In case you haven't managed to kill him yet by the time you no longer have horns to break, it's time to hurry up to do damage, as it will become much more difficult to break down his elemental barrier to bring down the damage to the Escaton Judgment. In the next point you will find out which equipment is best to take with you, if you want to understand how to kill Alatreon in Iceborne.

Alatreon is a phenomenal dragon both for the damage it can cause, and for the fact that it has the highest amount of HP of all other dragons (in single player mode, that is). For this reason you will need the best equipment. A widely used combination is the one that sees the complete set of the Safi'Jiiva with its elemental weapons, or even better the Kjar obtainable with the Kulve Taroth. Without these weapons it could be very difficult to take down the creature's elemental defenses. Along with these do not forget to bring with you the cloaks of your choice and that best suit your style of play. However the Temporal Mantle it is almost a prerogative for novices.

When it comes to jewelry, there aren't many mandatory rules. Aim to increase the elemental damage as much as you can without forgetting a few affinity jewel (Critical Boost and Eye) and that increases your base damage (Agitator, Resentment, Attack boost or Fortitude). However, even the defense should not be neglected, in fact almost all hunters agree on the need to have Health Boost. However, if you have trouble breaking horns, you might want to try using some jewelry Destroyer.

Finally, there really isn't a better weapon to take down this monster. Capcom has in fact adapted the damage for the elemental barrier based on the offensive tool adopted. The hammer, a weapon typically unsuitable for elemental damage, for example, will not have to do the same elemental damage as double blades. Attached to this guide on how to kill Alatreon in Iceborne, find the complete diagram with all the damage thresholds. 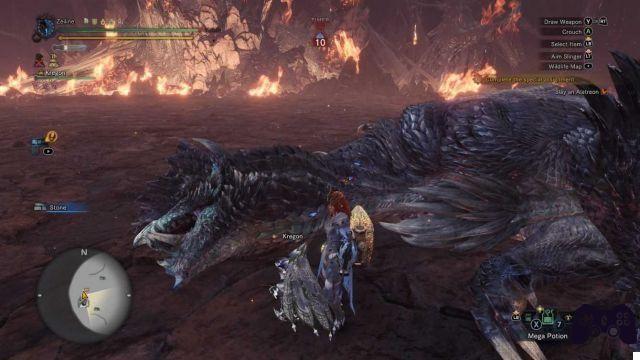 With today's guide you should have figured out how to kill Alatreon, and be ready to face the Fatalis in Monster Hunter: Iceborne. In case there are any doubts or you want clarifications, ask us your questions below in the comments! Otherwise we recommend that you take a look at our other guides: Kulve Taroth GM guide, Safi'jiiva guide, Kulve Taroth weapons guide.

Monster Hunter World: Iceborne is a game developed by Capcom and is available on PC, PlayStation 4 and Xbox One. I invite you to continue following us to stay updated on video games and technology.

The solution of Assassin's Creed: Rogue

Add a comment from Monster Hunter World: Iceborne, how to kill Alatreon