Ubisoft's new Battle Royale has started with the closed beta. Here's what to know about Hyper Scape with our introductory guide to the game

The time has come for Ubisoft to enter the Battle Royale market. On the other hand, it is the genre that is popular in recent years and it was unthinkable that the French giant would not take the field with one of its products of this type. It does so, however, with a title that takes some ideas that are also present in the other franchises and combines them with a series of innovations that could change the rules of the game. Here's what you need to know about Hyper Scape in this one introductory guide to the game. 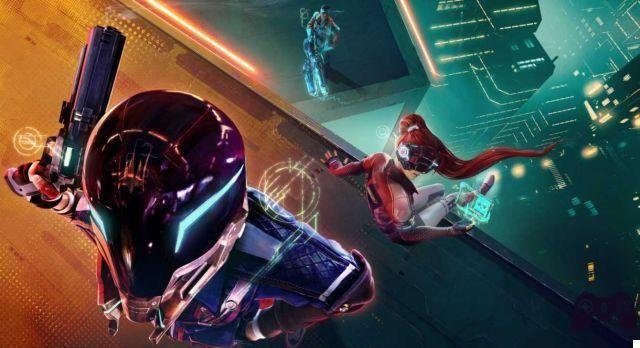 The game within the game

Hyper scape is set in the future. A dystopia in which the less fortunate must fight for survival and to be able to scale social disparities, just to entertain the powerful. Everything passes through a virtual platform in which battle royale takes place (real heart of the game), survival games in which the winners are rewarded with money and fame.

Our guide will explain what to know about Hyper Scape, from the gameplay to the new features introduced through the special partnership with Twitch. Let's start with the game's marketing formula. It will be one free-to-play first-person view battle royale, the game will be released during this summer on PC, PS4 and Xbox One. He is currently in closed beta until July 7 with the possibility of dropping the beta key by watching the streaming, in a way not unlike what was done with Valorant. 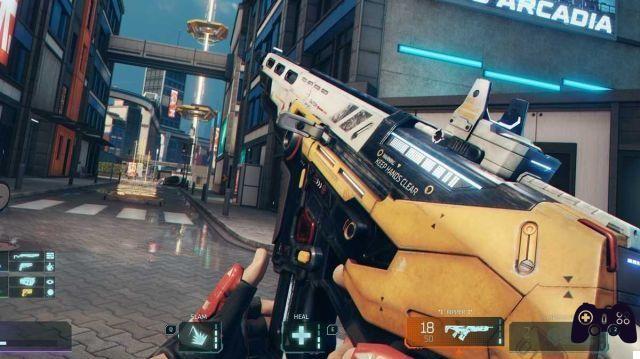 From the point of view of the gameplay immediately catches the eye is the enormous mobility given to the playable character. In fact, the speed of movement is quite high, moreover it is possible to juggle the buildings of the urban map with extreme ease. All this reminds us a lot the movement mechanics present in Arena-type FPS, a genre that has lost sight of a bit in recent years. All this turns into a title that is simple to play, but very difficult to master at high levels, spurring players to improve themselves more and more.

Thanks to the freedom of movement granted it was possible to develop a map with a large vertical extension. Map that encourages the use of advanced movement mechanics present in the game, such as i double jumps, slides and other parkour mechanics that are available. To complete the picture we think the gun play, arcade at the right point, but deep enough at high levels, characterized by a time to kill quite high. 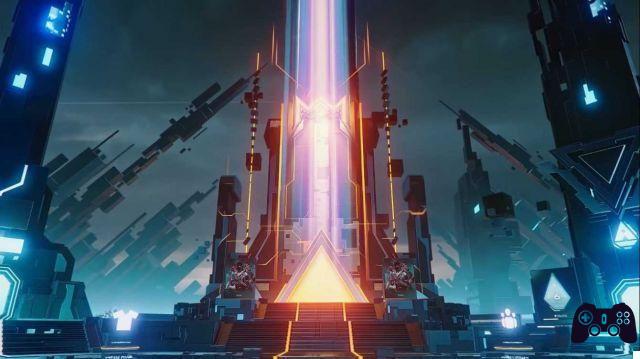 Crowncast - Hyper Scape: guide and what to know about the new Ubisoft battle royale

Let's move on to what are the great news of Hyper Scape. If the battle royale structure is rather classic, integration with Twitch instead makes the game a real entertainment product designed for streaming. Through an extension called Crowncast it will in fact be possible to actively interact with the matches broadcast live. First of all it will be possible as mentioned drop the beta keys by linking your Twitch account with Crowncast.

In fact, during streaming with active drops, the extension will give the possibility to vote on some interventions to be made in the match. Spectators will be able to choose between three options that will change the rules of the match. For example, it will be possible to lower gravity, increase movement speed or other options that will surprise players. 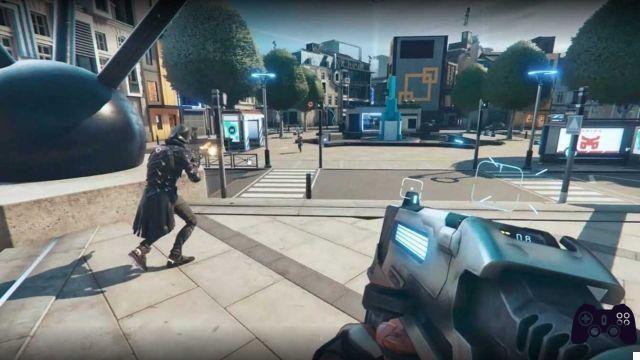 The public is master - Hyper Scape: guide and what to know about the new Ubisoft battle royale

Integration with Twitch is total. In fact, streamers will be able to invite their users to join the game through Crowncast in an immediate manner. It will also be possible to buy Kudos, the currency of the game, through the currency note present on the streaming platform, the Twitch Bits. These Kudos will be usable to add additional special effects to show your support for the streamer. Not to mention that the latter will earn a percentage of the Bits spent to buy the Kudos.

Finally there is the possibility to cast a match like Game Master. Just like in Dungeons & Dragons the Master is capable of decide the rules of the battle royale. For example, you can decide which districts of the map will be closed, or which changes to activate to keep the show always alive throughout the course of the matches. 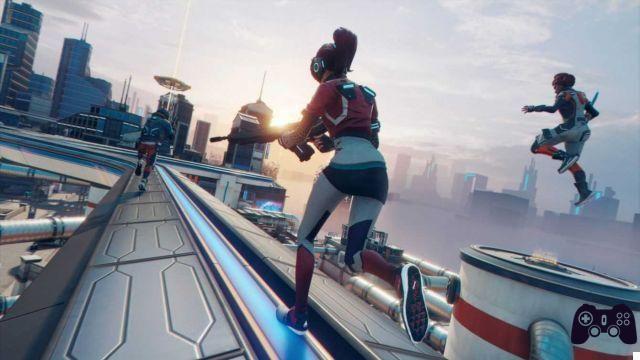 Dynamism and entertainment - Hyper Scape: guide and what to know about the new Ubisoft battle royale

In short, Hyper Scape is a title entirely dedicated to the show. Element amplified to excess also by some mechanics that make the games always dynamic and lively. When a teammate is eliminated he will have a chance to play as a virtual echo visible only by your team. The echo will have the purpose of going ahead and discovering enemies. Until one is found respawn platform that will resurrect the previously deceased player. Platforms are scattered around the map and will instantly appear killing an enemy.

They can be brought only two skills and two weapons at the same time. The weapons can be upgraded by merging two of the same type, the upgrade will progressively increase the damage of the weapon. At the moment only one mode has been shown, the Crown Rush Squad. It is played in teams of three with 99 total players, with the classic rules of battle royale. To win you have to remain the last in life, or else conquer the crown in the last playable zone and hold it for 45 seconds. 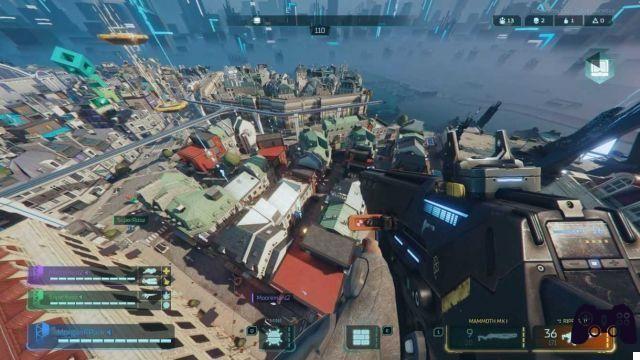 This was everything you need to know about Hyper Scape, from the gameplay to what the partnership with Twitch entails. At this point we just have to invite you to take a look at the game and participate in the streaming. We'll see if the “Game As A Spectacle” developed by Ubisoft will be able to break through in a crowded market like that of battle royale.

He has no shortage of ideas and the thrust of streaming it could be the winning card. What do you think of Hyper Scape? Let us know and keep following us on the pages of Holygamerz to stay up to date on all the news from the world of video games and more!

add a comment of Hyper Scape: guide and what to know about the new Ubisoft battle royale