Guides How to find the GO Rocket team and defeat Sierra, Arlo, Cliff 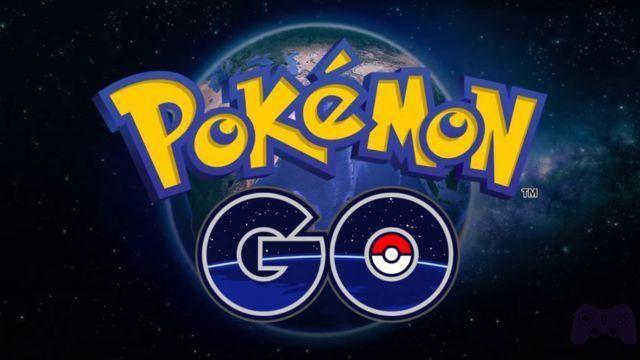 Team Rocket is also present on Pokémon GO and in this guide I talk about how you can face it, together with the respective 3 leaders. Let's get started right away!

How to face and find the GO Rocket team

Look at the Pokéstops nearby: do you see none shrouded in shadow, almost in spasms? From that Shadow Pokéstop you will be attacked by GO Rocket recruits, as you try to stock up on tools. Or open the app while sitting on the sofa at home, and notice a balloon with a red R hovering above you. Or again, the balloon is there but it is in the shape of Meowth.

The Shadow Pokéstop are active like the raids from 6 to 21: outside these times you will not be able to find them. On the other hand, you will have 4 hot air balloons a day every 6 hours (at midnight, at 6, at 12 and at 18). When you see one, deal with it as soon as possible, because it won't stay there forever. In fact, it will disappear after a few minutes, and to meet another one you will have to wait for the next time slot.

Each recruit will use three Shadow Pokémon, and his team will be made up of monsters of the same type. You will be able to discern from the sentence pronounced just before the fight. Defeated, recruits will leave behind the first or second Pokémon they fought (with a probability of 85% and 15% respectively). You can save it by capturing it, of course in the Shadow version: it will know the Frustration charged move and its statistics will be enhanced in battle.

At a cost in stardust that varies from species to species, you can decide rather to purify the Pokémon obtained, greatly increasing his LP. The Frustration move will turn into Return, and in both cases you will not be able to change it using Charged or Elite TMs except during certain events that allow it. Purified Pokémon can be evolved and upgraded for a reduced cost of candy and stardust.

Let's find out below which phrases can be linked to the various types of Pokémon. 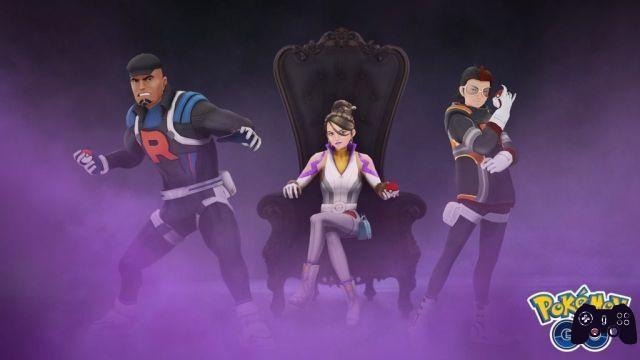 Defeated recruits will also leave behind a "mysterious component". Each of these is just a piece of a whole, the Radar Rocket, which consists of six pieces in all. Gather six of them to assemble the Radar (remember that Jesse and James will be the only ones to drop two), and tap on its icon at the top right. You will be shown a map with locations marked with the Rocket team logo.

Each position corresponds to a Pokéstop, which for the occasion becomes the hiding place of a special GO Rocket recruit - the Leaders. They are very difficult individuals to defeat, and will require special preparation on your part. Their team of 3 is chosen from time to time by a selection of Pokémon. The selection is random, but it is made up of only seven fixed Pokémon.


Leaders can also attack you from hot air balloons, as long as they are available.

Sierra, Giovanni's close confidant and Spark's rival (leader of the Instinct team), is the determined woman of the trio.

His changed lineup continues to uncover some of the possible combinations within Fighting Pokémon like Lucario (however useful to get rid of Carvanha). Walrein, while very hardy, is also weak to this type (because Water / Ice): keep that in mind. In some cases even one or more Water-type Pokémon they might come in handy - specifically, if you were to use Hippowdon and Flygon or Houndoom on the same team.

As mentioned, Sierra has a very open side against the Fighting Pokémon, super effective against the lead Carvanha, the second Porygon-Z and the third Houndoom and Walrein. A Machamp having the loaded Rematch can also be a valuable asset to get rid of Mismagius. But remember to teach him Counter, a quick move that quickly charges energy.

Swampert, a faithful ally of every coach practically on any occasion, it is your trump card if you are faced with Hippowdon and either Houndoom or Flygon. Equip yourself with a Mud Shot and Hydro Cannon (or another charged Water type): with these prerequisites, getting rid of Sierra will be a joke.

Let's go then Cliff, a character of imposing physical size but with a gentle soul and in stark contrast to treachery, rival of the leader Wisdom Blanche.


Come to think of it, don't give up the Fighting Pokémon used against Sierra: the two most resistant Pokémon of the third slot show have their flanks dangerously exposed against this type. Gods Dark Pokémon they would have a particularly easy time if the second and third of the team had to be Slowking and Dusknoir. One or more Ghost Pokémon they could cover you also and above all from Gallade (bearing in mind that they would be slightly uncovered in Dusknoir).

The Aerodactyl that you will find at the beginning of the fight can know the quick moves Steel, Sassata or Morso. Keep this in mind when choosing your opening Pokémon - and maybe go into battle and find out which one it is before making your choice. In general it is very useful to have with you a Melmetal with about 2900 PL. You don't need to upgrade it: just remember to send a Pokémon to Pokémon Home from time to time and open the Meltan pack thus obtained, capturing one with the highest amount of PL and IV possible.

Melmetal has the charge Frana, capable of stacking energy very quickly and consuming both of Cliff's shields before Melmetal leaves the field. Alternatively Rhyperior can also come in handy, especially if Aerodactyl is not using Alsteel.

For later Pokémon they are excellent teammates Gengar and Machamp. The former can get rid of Gallade and Slowking without too much effort (and even Dusknoir, if you can get the loaded moves ready quickly). Machamp, on the other hand, is very useful against Mamoswine and Tyranitar, and is even better if he knows the exclusive Rematch move. Being a Dark-type, he can give both Dusknoir and Slowking a hard time.

Finally Arlo, an old member of the Courage team who succumbed to the recall of the GO Rocket team for obscure reasons. Defeat him to get a Shadow Beldum, which could eventually come in very handy.

For this fight it is particularly recommended to abuse the “enter, check, exit” advice. sure a Fire-type Pokémon it could help you outrun Beldum, and if he wasn't overly weakened it could be useful if the last slot was Scizor's - take that into account. A Water Pokémon it might come in handy in case you have to face Infernape and Armaldo. For Gardevoir and Salamence, on the other hand, they are recommended respectively Ghost Pokémon or Steel and Ice.

In opening the fight, one may come in handy Swampert with the quick move Mud Shot and the two loaded Hydrocannone and Fangonda. Mud Strike will help you get your charged move ready in no time and get Arlo to use both of his shields - an essential perk.

By keeping some energy aside (after taking down the two shields) you might be able to have Fangonda ready for the next round as well. This move will come in handy if Arlo's second Pokémon is a Gardevoir. If it does not load in time, you will certainly have the Hydrocannon ready, useful against the other two possible choices. 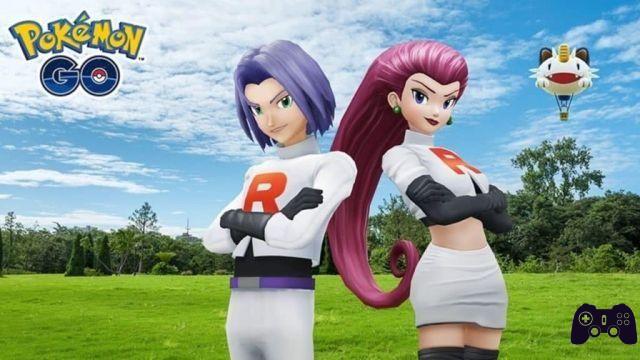 During some events it is also possible to meet a hot air balloon in the shape of Meowth, which houses the iconic duo Jesse and James from the animated series. Currently (as of December 23, 2020) they are still available, and will presumably remain until the end of the in-game Season, judging by the dedicated timer in the Today tab (which shows more than two months of time). Unlike the three leaders, their teams are made up of three fixed Pokémon, of which only the first is catchable (and can be Shiny).

There is no precise way to meet them. Their balloon can appear in any of the four time slots of the day (00-5: 59, 6-11: 59, 12-17: 59, 18-23: 59). If you are stuck with the mission "A chromatic distraction" (for Shiny Celebi) the only thing you can do to increase the odds of meeting them is to gather the six pieces to build the radar and hope they will appear in the place of one of the three leaders. You will have to defeat them twice (i.e., two hot air balloons) to complete the mission. For the rest, everything is up to casuistry and patience.

Defeating them is not particularly difficult. Against James A Fire-type Pokémon is recommended to counter Pinsir, and a Ground-type Pokémon for Koffing and Grimer. A Fire and a Ground Pokémon may also be useful to you against Jesse, plus a third choice of yours against Stantler. The teams aren't very strong, however, and especially in James's case carrying a Rhyperior and any Fire Pokémon is more than enough (the third, in all likelihood, won't have to bother). Like normal recruits, neither of them will use shields.

The Meowth balloon is no longer available as of March 1, 2021. It is unclear when and if it will return, and in the meantime, remember that it is no longer possible to complete the special quest for Shiny Celebi.

Do you want to be a video game expert and know all the tricks, guides and reviews for your video games ? Holygamerz.com is a group of video game fanatics who want to inform you about the best tricks, guides and tips. We offer you the best information to be a reference in gaming, so here you can find guides, tricks, secrets and tips so you can enjoy your games to the fullest. Are you ready to get all the achievements of that game that you resist so much? Enter now and enjoy your favorite video game to the fullest!
Gears 5 review: when audacity and technique create a masterpiece ❯

Animal Crossing Guide: New Horizons - How to Get a 5 Star Rating

Guides The Hoenn event (2021) and its challenges - Pokémon GO

Add a comment from Guides How to find the GO Rocket team and defeat Sierra, Arlo, Cliff