Doom Eternal: tips and tricks to start playing and slaughter

Thanks to the new infernal demons and zombie soldiers, the peaceful life of the DOOM Slayer has become even more complicated, let's help him in DOOM Eternal with tricks and tips to start playing

The days when DOOM was synonymous with first-person shooters are back in a big way. Thanks to a splendid chapter released in 2016, which brought the series back on track after a subdued third chapter, we can explore the direct sequel. Just like in DOOM II: Hell on earth, the creatures of hell have invaded the earth and completely changed its landscape. Thanks to the destructive force of the new weapons, the player, in the role of the DOOM Slayer, will have to bring order to the bloody lands devastated by demons. To better enjoy the Rip & Tear style of DOOM Eternal we offer you some tips tricks to start playing. With our guidance, no demon from hell will have an easy time.

Although the formula of the game is similar to the previous chapter, numerous changes have been made to the combat system. The DOOM Slayer has new ways to move, promoting greater verticality of the environments. Now the dangers (or unfortunate targets) can catch us from multiple angles and some in particular have very tough defenses to break down. If you thought DOOM 2016 was already intense and fast enough, Eternal takes everything to a new level. The faint of heart are forewarned.

Always use the chainsaw so as not to run out of resources - DOOM Eternal: tips and tricks to start playing

If in 2016 the chainsaw used to be a fundamental tool for cutting big, tough monsters in half, now it is even more so. Thanks to its new self-reload that refills the weapon continuously, it is advisable use it at every opportunity against imps and soldiers to receive huge resource drops. However, if you want to take down creatures like Cacodemon you will need more ammo, which can be found scattered around the map. 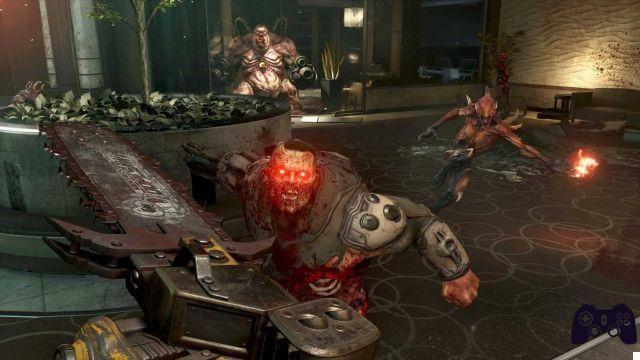 As already mentioned above, in Eternal the shift and dodge systems are more numerous. The reason for their implementation is the greater number of dangers to which we are exposed, including rockets, fireballs and energy shots we will have to always be on the move not to end up in mush. The DOOM Slayer is powerful but not invincible, using dodge, climb and hook against lone enemies will often save his life. This is a nice change if we think that the jump didn't even exist at the beginning of the series (in DOOM 64 it is almost a secret to unlock). 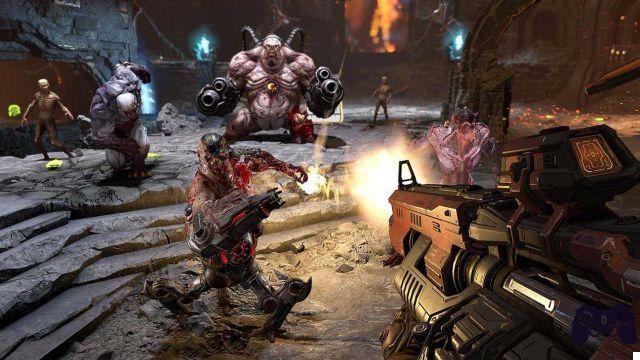 How to have almost infinite ammo - DOOM Eternal: tips and tricks to start playing

With the addition of perks we have an additional way to generate ammo. In this regard, as well as being indispensable tools of destruction, with some precautions barrels become important sources of resources. By taking advantage of the perks we can in fact become immune to their area damage, receive ammunition and regenerate them continuously. All of this is possible by acquiring Hard Skin, Environment and Barrel Generation. Between the chainsaw and this system it will be very difficult to stay dry, unless ... 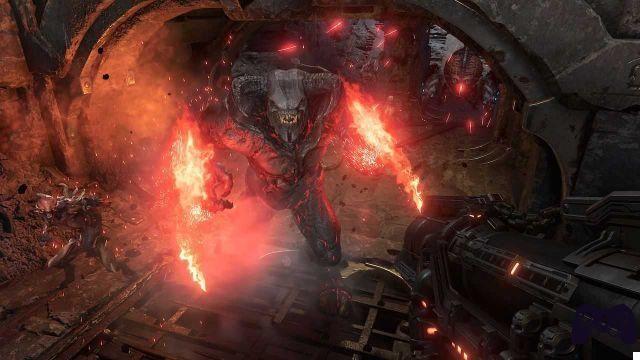 Wasting ammo makes our hellish crusade less efficient. To further help you not to run out of them, there are some small and precise tricks. In case we are faced with very big and bad monsters, it is good to locate them weaknesses. If a creature were to mount a turret overhead, it becomes wise to try to take it down as soon as possible so as to reduce the damage taken. If another were to equip guns instead of hands, it makes sense to aim for those.


There are even bosses where you need to act through defense tactics and wait for the right moment before attacking. So keep your eyes peeled and change your approach as often as necessary. 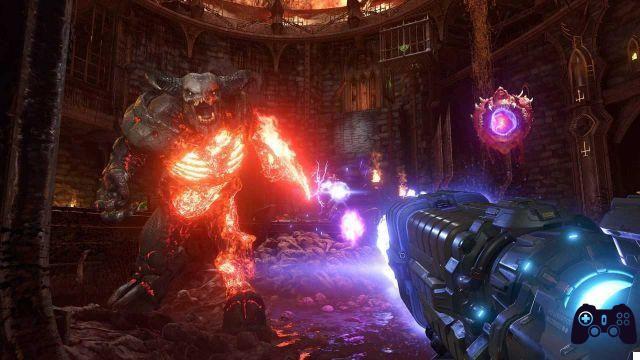 Crystals to power us up - DOOM Eternal: tips and tricks to start playing

During the progression we will have the opportunity to find gods Blue crystals, which can be used to improve our parameters and thus increase survival. The statistics are Life, Armor e Ammunition, all three fundamental in the advancement of the game. It is also possible to use the crystals to unlock some very useful passive skills, one of these transforms us into a magnet to attract resources and drops. Very useful for picking up pieces of Armor without ever having to stop and risk being hit.


To find the Crystals, you need to be curious and explore the maps. Some of these they may be in hidden areas, so keep your eyes peeled! 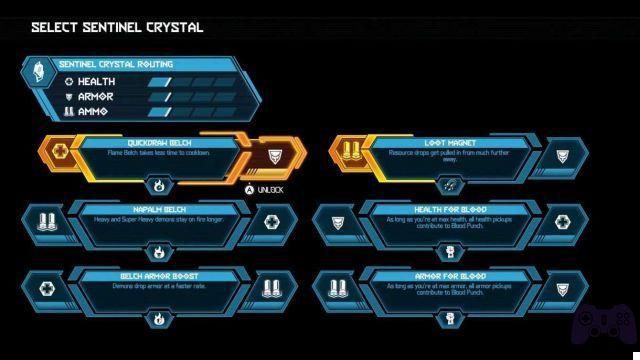 Remember to use grenades - DOOM Eternal: tips and tricks to start playing

Weapons with automatic reloading (or cooldowns) are often easy to forget given the large armament we are supplied with. However, they are essential for adopting the right pace in the battle. The fragmentation grenades and ice they possess considerable firepower and have separate cooldowns, using them at every right opportunity will spare us the misuse of other precious resources. Better not to run out of them against too weak monsters like the imps, in fact we recommend saving some for the more powerful demons. 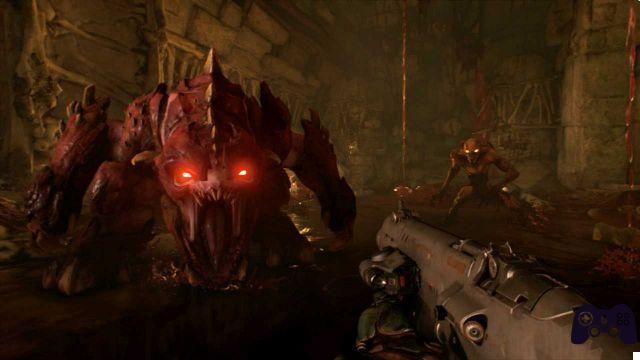 Let's go back to battle

With the guide that we have provided you now you know some important tricks and tips to start playing DOOM Eternal. In case you have any doubts or want clarifications about this shooter created by id Software, ask us your questions below in the comments or take a look at our other guides. DOOM Eternal is available on March 20, 2020 for PlayStation 4, Xbox One, PC; only later for Nintendo Switch. In the meantime, I invite you to continue following us on Holygamerz to stay updated on the world of video games and technology.

add a comment of Doom Eternal: tips and tricks to start playing and slaughter