On Dark Souls III there are really many weapons of all kinds. Some of these, however, are exploited to the maximum only with certain builds. Here are some examples of weapons on which to build a special build

In this guide we will list the best weapons present in Dark Souls III net of DLCs, including the latest The Ringed City.

The Dark Souls III add-ons have deeply altered the balance of the original game and above all they added new weapons very fun to use and at the same time valid. 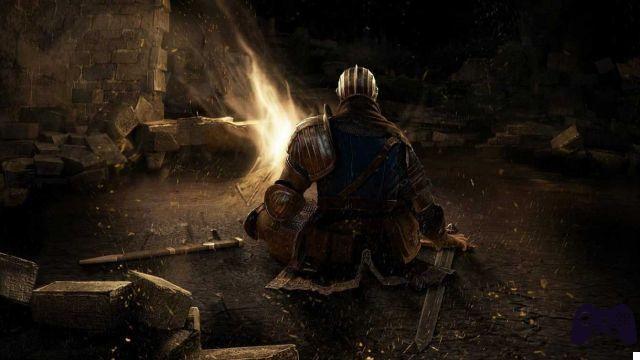 Dark Souls III, the best weapons for PvP and PvE

Let's find out together which are the best weapons to equip based on your style of play and the type of challenge.

Weapon that can be obtained in the DLC Ashes of Ariandel after defeating one of the two bosses.

The main features of this weapon are speed and a distinctly offensive moveset. This weapon also offers constant protection against opponent attacks as they unleash their combos. The skills of the weapon that are able to give excellent ideas both in PvP and in PvE are useful.

Build: Strength-Dexterity and lots of Stamina.

Weapon obtained in the DLC Ashed of Ariandel.

Moveset taken from the Claymore but with ability that adds a Darkfire buff that greatly increases damage. Great in PvP and PvE.

It is found in the DLC Ashes of Ariandel.

Weapon exclusively (or almost) PvP. It has the typical Fist moveset accompanied by a very insidious skill in PvP.

Weapon derived from the final boss of the DLC Ashes of Ariandel.

An apparently common scythe that hides a secret: ice. In fact, it inflicts Freezing and is equipped with a very fast moveset, which allows combos in succession and offers an area attack. Good in PvP and comfortable in PvE.

Greatswords of the Knights of the Rings

Probably a disproportionate weapon: devastating LB combo, to say the least. Stagghera the opponent and reduces his life points to zero without them being able to do anything. The only discriminating factor is to enter the combo. Great for PvP, difficult to manage in PvE.

Build: Strength-Dexterity with priority over Strength

Moveset from Claymore but with devastating PvP ability. This makes it very balanced: using it normally you can have an excellent PvE weapon, using its skills will be excellent in PvP.

Build: Strength-Dexterity with priority over Strength

Crucifix of the Mad King

Excellent in PvP due to its particular ability and the moveset it is equipped with. Insipid in PvE, where it can often be awkward to use.

Sword of the Sun

Once upon a time there was the Dark Blade…. and now after the last patch, and with Faith scaling added, here's the replacement. Classic "RB smash" weapon that offers a very high amount of damage and excellent speed. Great in PvP and PvE.

Obtained from a DLC boss The Ringed City.

The ultimate weapon of the Pyromancer. Very fast moveset and the possibility of launching pyromancy with damage not too dissimilar to the Flame of Pyromancy. Very useful in PvP, to be avoided in PvE against fire resistant enemies.

Double katana with very “swang” ability. Leap forward and attack with combo to follow, in addition to bleed damage. Good in PvP. In my opinion it does not perform as well in PvE, where it is often uncomfortable to use.

DLC weapon The Ringed City, obtainable with the Soul of the Secret Boss.

Very performing in PvP due to its speed and ability (which allows both to create quick combos and to attack from a distance with an excellent area of ​​effect). In PvE she behaves fairly, she is a classic katana if her ability is not used.

Heavy hammer. This weapon apparently is a common giant hammer but hides the ability "Wrath of Morne" (similar to Wrath of the Gods) which in PvP literally "shoots". You have to learn how to use them and calculate the action times well. Thanks to its ability it becomes excellent in PvE especially against the hordes of enemies.

The weapon for Artorias fans. Moveset built to be beautiful to look at but also to get around enemies with very insidious side attacks. In PvP it is often devastating, while in PvP it is comfortable… but dangerous (especially in areas where you can fall). Also with his ability allows the Parry.

Dark Souls III, equipping the best weapon is not enough!

However, I feel obliged to point out that the fact that the weapons are strong does not necessarily mean guaranteed victory, on the contrary, one must always choose. the weapon that best suits our style of play which is completely unique and personal.

What weapons to upgrade Dark Souls 3?

The Lothric Knight Sword is the most versatile weapon you will find in Dark Sous three.
You can upgrade it up to +10 and it scales really well with Strength, but especially with Ability.
Also, any infusion is useful, so this sword fits really well with many builds.

What weapon does the most damage in Dark Souls 3?

What is the highest damage weapon in DS3? With one hundred and eighty physical attacks and sixty-nine fire attacks, the huge hammer of the old king stands as the most powerful weapon in Dark Souls three.

What is the best Dark Souls 3 Sword?

The best sword in Dark Souls three is The Ultra Sword of Smoke To wield the Ultra Sword of Smoke you must have a strength of fifty and it has a very specific moveset.
If you want a lighter and more manageable alternative option you have the Sword of Astora in the Cathedral of Darkness, although this one scales rather to skill.
10 Jan two thousand eighteen

Which is the best character in Dark Souls 3?

add a comment of Dark Souls III, the best weapons for PvP and PvE (updated) | Guide