As everyone knows, the Dark Souls III endings are three. The most complicated to follow is certainly the one where, by marrying Anri, you get the goal "The conquest of fire". Here is a detailed guide on how to manage to unlock that ending

The quest we're going to cover starts quite early in the game's storyline. In fact, the first NPC we will need to reach our goal is Yoel, a pilgrim we will meet shortly after defeating the second boss, Vordt Of The Boreal Valley. Everything begins, therefore, at theSettlement of the Undead. As soon as you arrive in that area, before entering the actual settlement, you can meet the good Joel of London, you find it in the midst of a series of dead pilgrims.  Talking with Yoel, and having exhausted all the dialogue options, the latter will move to theAltar of the Bond. Once reached in the new location, talking again with the pilgrim, as well as discovering that he is a former sorcerer able to sell some spells, you will also discover that he can make you "Tap into true power". What does this mean? Which can give you a level for free, with no anime cost. If you accept it, you will get the free tier and "contract" the V.acuity. In your inventory, the Dark Symbol and in the character sheet you will see the voice activated Emptiness. To tap into power multiple times, you need to increase yours Emptiness. How? Simply by dying. Every time you die, in fact, yours Emptiness will increase by one point for each Dark Symbol possessed. If you own five Dark Symbols, emptiness will increase by 5 points with each death. If you have 8 (later in the game you can get to 8), it will increase by 8 points with each death. Now, what changes if you accept emptiness and the free levels offered by Yoel? That your character will look more and more vacant (zombie-like) as emptiness approaches its maximum of 99. Being vacant does not change the gameplay. Your life bar remains the same, the damage and uses of the weapons as well and you can, safely, be in the state of Embers. Only the aesthetic aspect varies and, above all, interesting roads open up for the game's plot, including the ending you are looking for (and, of course, others can be closed). 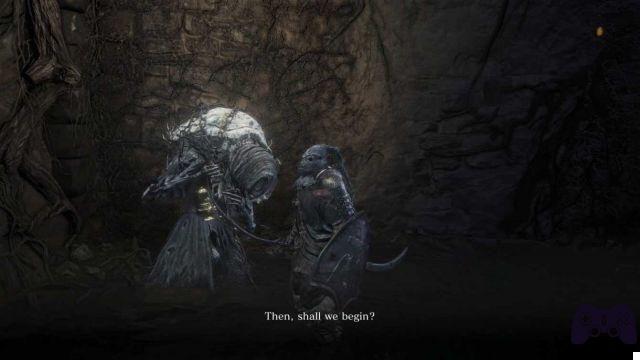 You can "Tap into True Power" five times (four more times in addition to the first), at Yoel. Each time you tap into it, you will earn one level and one more Dark Symbol. To unlock the desired ending it is necessary to tap into "true power" up to the limit allowed.

** Do this before defeating the guardians of the abyss! Otherwise Yoel will die prematurely and the ending will no longer be available. **

After tapping into "true power" five times Yoel dies and, next to him, a new NPC arrives who, later on, will be essential to obtain the desired ending. His name is Yuria: for now you can safely talk to her and buy items from her, it is not necessary to interact further for the questline. Later in the game, you come to the bonfire of the Fortress of Mezzo, you will find your future spouse (this character will be of the opposite sex to yours). He will be in the company of the little talkative Horace, talk to us several times until you run out of dialogues
available in that area. 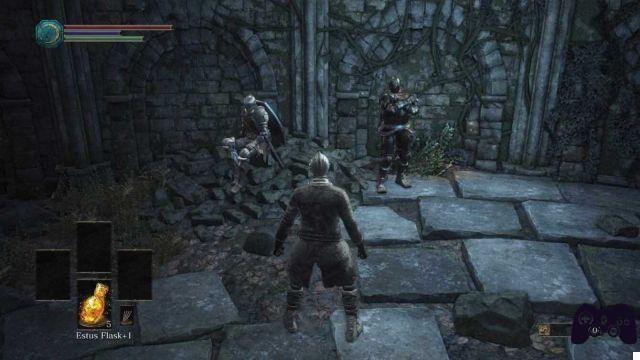 The next step required to complete the quest is to defeat the Deacons of the Depths. A "collective" boss far enough in history to get to the next step will therefore require some time. After defeating yet another boss, return to theAltar of the Bond and you will find Anri ed Horace behind the thrones, exhausted all dialogues here too. 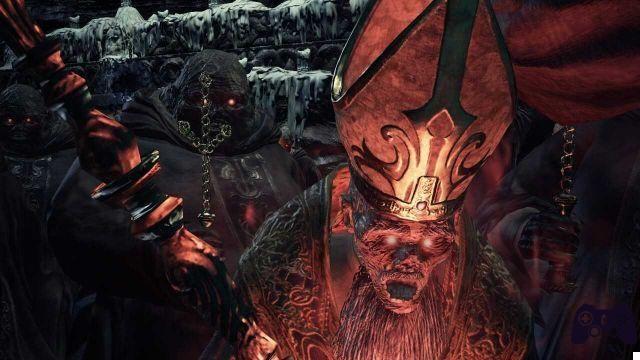 The next place you will meet Anri, will be in the Carthus Catacombs, exhausted all the dialogues here too. You will find Anri again, always in the Catacombs, before the crumbling bridge (to be dropped to reveal the passage leading to the Ardente Lake). I believe that it is no longer necessary to repeat that, even in this case, it will be necessary to exhaust all the dialogues.  Arrived right in the area of Ardente Lake (found by destroying the wooden bridge and using it as a ladder) you have to kill Horace (located in a cave in the rock, on the right as soon as you arrive in the area) and return to report what happened to Anri which is in the same place where we left him / her the last time we spoke to each other. After this unpleasant passage, we will find again Anri a Itithyll, near the bonfire in the church of Yorshka.  After simply talking to us, exit the church without killing the fake statue in the corner, letting it kill you Anri. Then kill the boss of the area (Sulyvahn, the High Priest) and go back toAltar of the Bond, Where Yuria will tell you that the wedding is ready and that it will take place at Anor Londo.

The wedding will take place, however, in a secret room of the Dark Moon. To access it, you must exit the bonfire room (Anor Londo) through the door on the left and continue always keeping to the left. Once on the terrace, take the stairs on the right and, down the stairs, turn right and enter the castle again. Climb the ladder and turn around, hit the wall with the large statue on the left.

At this point, the only thing left to do is celebrate the wedding… well yes you're technically marrying a corpse but hey, you've unlocked the latest ending!


The last NPC useful for the fulfillment of the marriage is another pilgrim, like Yohel, which will give us a useful sword to complete the ritual (use the sword on the body of Anri to complete the ceremony).

You can still talk to Yuria, who will love you, but basically all you have to do is get to this state at the end of the game. In the final boss fight, when I followed this path, I also had a chance to summon just Yuria. Fight and defeat the final boss and interact with the bonfire. If you did everything right, you will get the empty ending and the coveted trophy / achievement will finally be unlocked "The conquest of fire".
Dark Souls III, all about multiplayer and summons | Guide ❯

Destiny 2: items on sale by Xur from November 29th