Welcome back to the eleventh installment of our in-depth guide to Super Smash Bros. Ultimate's stellar cast of playable characters

In this ours guide, we will devote ourselves to the many characters playable of Super Smash Bros. Ultimate, starting with Mario up to the latest additions of the second Fighters Pass. In each episode we will describe about five or six fighters, however, dividing them according to the chapter of Smash in which they made their debut. After the delusional ranting about the Mii, today we will bite the brake a little despite the fact that we will talk about six fighters. We will deal with Lucina, Daraen, Pac-Man, Shulk, Bowser Junior e Pit Oscuro. The first and last of these six are more than "semi-clones": we will talk about the Eco characters at the end of the article. 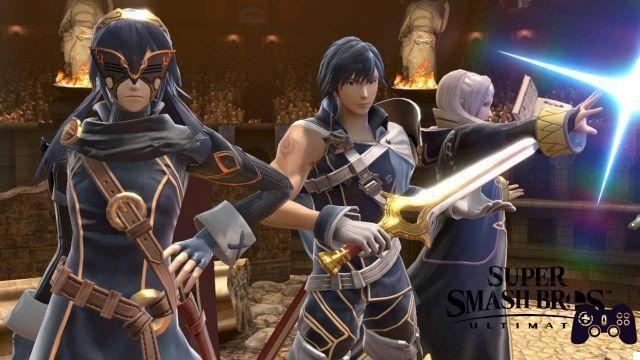 La daughter Chrom (which we will talk about in a few episodes) and the female version of Daraen (which we will see below), Lucina, is the first fighter to come from Fire emblem awakening. This is also the first real clone, or Echo Character, that has happened to us in the guide. Being a swordswoman who even in the game of origin initially passed off as Marth, her attacks can only have been taken from him. 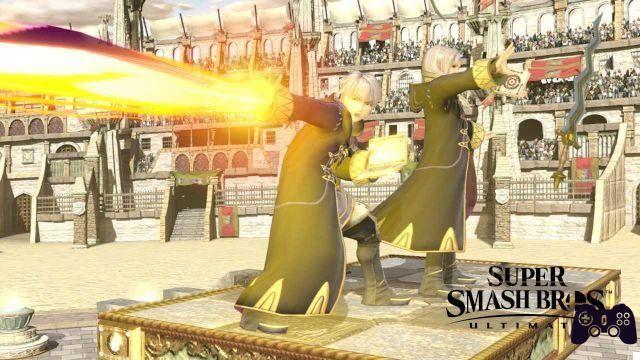 The avatar of Fire emblem awakening joins with the fourth game to the characters that we are analyzing in this guide to Super Smash Bros. Ultimate. Known as Reflet in Japan and Robin in English, Daraen it can be a male or a female: a distinction present in alternative customs, and which we will see later also with Corrin and Byleth. If you remember the ninth episode of the guide, Daraen is one of the characters with a separate indicator: let's find out why. 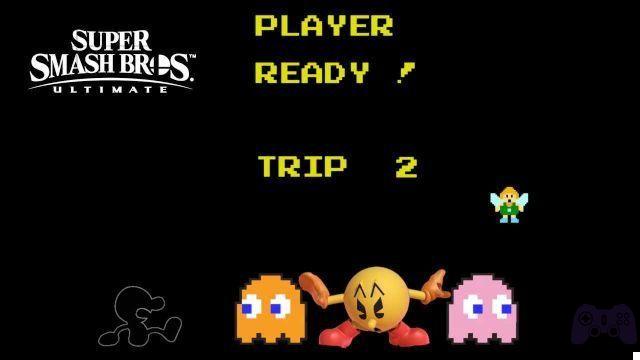 hardly Pac-Man it needs introductions, but if that is the case you should already know it. The face of video games par excellence for those unfamiliar with Mario makes his debut in Smash with a citationist moveset in a similar way to (but to a lesser extent) that of Mr. Game & Watch. In the right hands, Pac-Man can create truly unpredictable strategies. 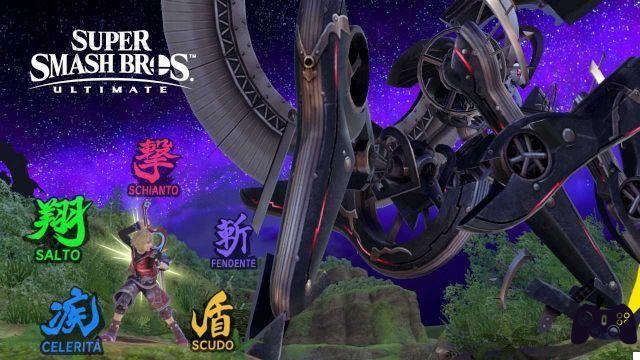 After Ness, Lucas and the Pokémon Trainer, among the characters in the guide to Super Smash Bros. Ultimate, perhaps one of the greatest representatives of role-playing games of recent memory peeps out. Shulk, the seer of Xenoblade Chronicles, bases his own fighting style on the image you can see above: the possibility of change their strengths (and weak points) with the neutral special move (B). Below we will explain better what it is. 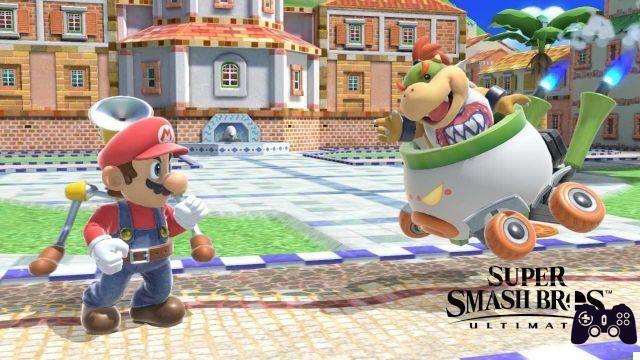 After Super Mario Bros. 3 defined the Bowserotti the seven sons of Bowser, Super Mario Sunshine retroactively demoted the Koopa king's elite to mere "generals". In the game (image above) the true heir to the throne made his debut: Bowser Junior. Bringing the Junior Clown Car from New Super Mario Bros. Wii with him, this character has many tricks up his sleeve. In an unusual twist, each fighter costume is a different character: the seven Bowserots (Larry, Morton, Lemmy, Roy Koopa, Wendy, Iggy e Ludwig) are the other skins available. 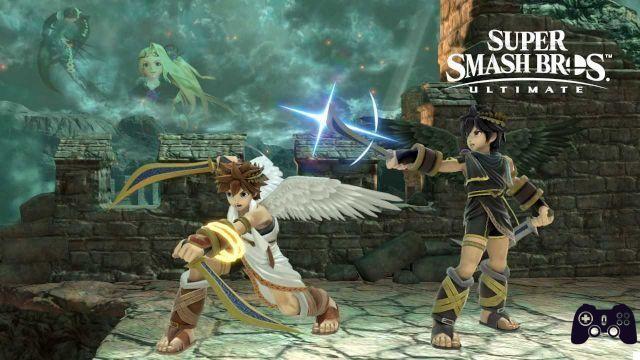 Dark Pit is the second of the Eco Characters that we will see in the Super Smash Bros. Ultimate guide. Introduced in Brawl as a "fallen angel costume" (as the official site nicknamed it, Super Smash Bros. DOJO!!, under the voice of alternative costumes) for Pit, his dark version (not evil, dark) proposes a moveset almost identical, but with important differences. 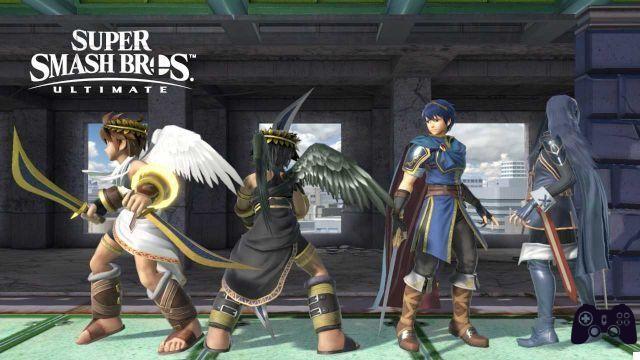 We previously talked about the clones, but now it's time for our guide to talk about the Eco characters by Super Smash Bros. Ultimate. When it comes to fighters inspired by other roster members in their moves, we have the opportunity to dwell a little less. We are at the eleventh episode: between abbreviations for inputs and clones, we have reached a point where it is not necessary to repeat some of the explanations from the beginning (“Quick Preamble” permitting). In addition, in each episode of the guide we find the tricks to refer to all the episodes seen so far, so you will be able to review whenever you want.

As for the semi-clones, here too the difference is virtually only in an aesthetic fact. However, the more you play at higher levels, the more you will realize how incisive the subtle differences can be between a fighter and the character he inspired. Later we will see Eco Characters with less marked differences (Daisy) and others who boast a completely different move from the original (Chrom). In the next episode we will conclude the fourth smash speaking of characters with their own unique mechanics, including three guests of honor: Ryu, Cloud and Bayonetta. The game's learning curve is about to get steeper: keep fit!

Back 4 Blood: guide on how to unlock more cards

Back 4 Blood: how to best use Holly. Tips and strategies