Super Mario 64: where to find all the stars in the Water Abyss

Given its recent return to Nintendo Switch, let's find out with our guide where to find all the stars in level 7 of Super Mario 64, the Aquatic Abyss

As announced in a recent direct dedicated exclusively to the anniversary of the most famous Italian plumber, who turned 35 this year, Nintendo has released the Super Mario 3D All-Stars. This collection, released on September 18, includes three of the most famous and popular 3D Mario titles (in fact): Super Mario 64, his successor Super Mario Sunshine and Super Mario Galaxy. The lack of Galaxy 2 is felt prevailing, but we know how to wait. The collection was also released with a time limit for purchase, dated March 31, 2021. What will happen to the remastered titles is not known. That Nintendo intends to release them individually at a higher price? The possibility that they will disappear from the store and that's it, with no more possibility to buy them, is very unlikely given how much they are appreciated by the public. We'll see.

Before we begin… The Aquatic Abyss

In this guide of ours, we want to show you where to find all the stars in stage 9 of Super Mario 64, the Aquatic Abyss. We are preparing a guide for each stage, so you will soon have them all available, for now the one relating to the seventh stage, the Lava Lake is ready. You can access the Aquatic Abyss level always from the basement of the castle, jumping into the huge wall of water that seems insurmountable. From here you can start collecting the seven stars available on the stage. Let's find out how!

Star 1: Bowser's submarine and Stella 2: Chests brought by the Stream - Super Mario 64: where to find all the stars in the Water Abyss

La first star it is quite simple to find, although it is very important that you do so. In fact, this star will unlock a boss battle with Bowser in another stage dedicated to him. To get it, simply swim through the underwater tunnel, flip the switch at the dock and climb into the submarine. Here you will find the star. Once you get it, the submarine will disappear for good.


To obtain the second starInstead, you will have to open chests in a specific order. Immerse yourself in the pool and keep in mind that where you will see that the current is stronger, you will find a treasure chest. You can open them by swimming on them and the correct order to open them is: left, right, far, close. 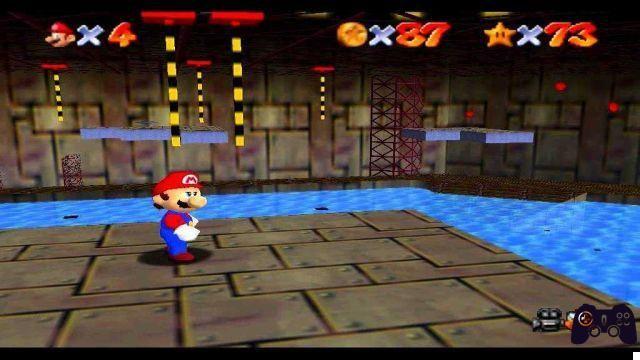 Star 3: Jumping from Pole to ... Red Coin and Star 4: Against the Current - Super Mario 64: where to find all the stars in the Aquatic Abyss

La third star can be obtained by completing a challenge of the red coins. In this case, the eight red coins are pretty straightforward to see, but they are located quite high up. You will need to use the jump rods that replaced Bowser's submarine to move around the level and grab all the coins. Quite simple to see them, in short, but you will have to take the right timing for the jumps.

To find the fourth star, go back to the place where you saw the submarine. There you will find one jet stream that creates circles in the water. You will have to swim through five rings in a row for the Star to appear, to be precise at the bottom of the current. You can then pick it up using the Metal Hat. 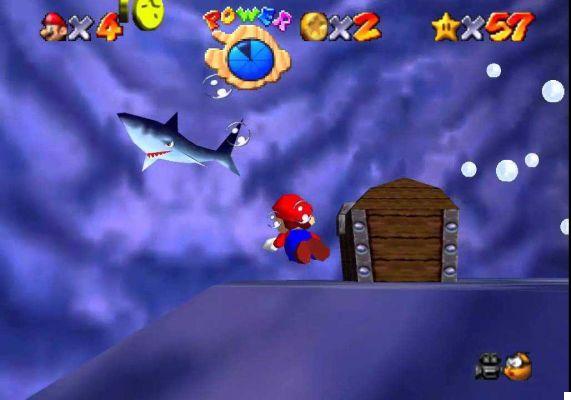 Star 5: The Manta Ray Reward and Star 6: In the Cage - Super Mario 64: where to find all the stars in the Water Abyss

La fifth star it is quite similar to the previous one, if we remove the power. You can only get this star after getting hold of the tower key, otherwise the manta ray will not appear. You will find the Manta in question on the outer bottom and you will need to enter five of the rings that are generated by its tail.

As for, however, the sixth star, you will find it inside a cage of the base. You will have to take both the Invisible Hat, which you can find in a point of the base where there are two iron grates, and the Metal one. You will then become Mario of Invisible Metal, very cool. Jump into the water, reach the cage and get the Star. Easy! (Approximately). 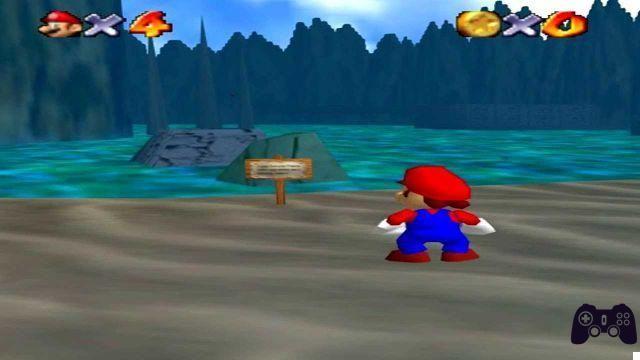 And for the seventh Star… Collect the coins! - Super Mario 64: where to find all the stars in the Water Abyss

The Aquatic Abyss is one of the most dispersed levels, in terms of coins, of all Super Mario 64. Damn water levels. There are exactly 100 coins on the stage, so you'll need to collect them all. There are no enemies that drop them once they are defeated. You will need all six blue coins and most of the red ones. Arm yourself with holy patience. 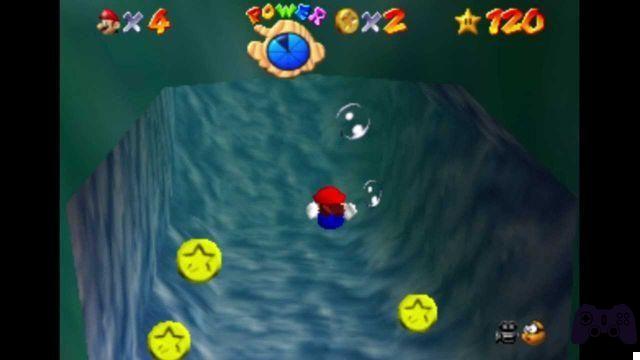 Here ends our guide on where to find all the stars in the Water Abyss in Super Mario 64. Stay with us for many other themed guides! Hoping to have been useful to you, we ask you: have you already purchased Super Mario 3D All Stars? What do you think? Write it to us below in the comments, we will continue to keep you updated with all the news on videogame and tech!

Super Mario 64: All the stars of King Boo's Refuge ❯

add a comment from Super Mario 64: where to find all the stars in the Water Abyss